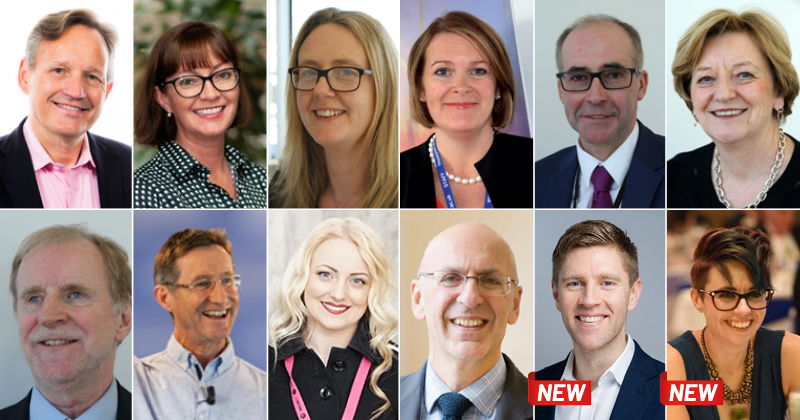 Two new members have been appointed to the Institute for Apprenticeships and Technical Education’s (IfATE) board.

John Cope and Dayle Bayliss will serve as non-executive board members for three years starting from next month, the government’s apprenticeship quango announced today.

Bayliss has worked in the construction sector for over 20 years and is currently a chartered surveyor, director, and project manager for Dayle Bayliss Ltd construction consultancy, based in Ipswich.

She is a former member of the IfATE’s construction route panel, which oversees approvals of new apprenticeships, and was chair of its construction: design, surveying and planning T Level development panel.

Bayliss, who is also a board member of the New Anglia Local Enterprise Partnership Skills Advisory Panel and a member of the Suffolk Chamber Business Women Board, said her new role at the IfATE “feels like a natural progression”.

Cope is a former head of education and skills policy at the Confederation of British Industry (CBI), and deputy director of education practice at the thinktank Public First. He joined the University and Colleges Admissions Service (UCAS) as director of strategy, policy and public affairs in September this year.

Cope, who is also a non-executive director of the Activate Learning Group and an advisory member of the board of the Education Policy Institute, said: “I want to use my experience at the CBI to help engage employers more effectively. My day job at UCAS will help better link the two organisations to ensure all education options are promoted, not just higher education.”

The number of people on the IfATE’s board is now up to 12, but it continues to have no black, Asian or minority ethnic (BAME) representation. The institute’s last BAME board member left in October 2018.

The Department for Education, which officially makes the appointments for the institute, said: “These appointments have been made as a result of an open competition which was conducted in accordance with the Governance Code on Public Appointments.

“Diversity is a principle of the public appointments process and the Code require that all appointments are made on merit.

“The DfE particularly welcomed applications from women, people with disabilities, LGBT candidates and those from black, Asian and minority ethnic backgrounds.”

Increasing diversity in apprenticeships is key goal for the DfE, which set up the Apprenticeship Diversity Champions Network three years ago, setting a target of increasing the proportion of apprentices from BAME communities by 20 per cent.

The proportion of BAME apprentices sat at 10.7 per cent in 2015/16. This increased in 2018/19 to 11.8 per cent compared to 30.1 per cent for other FE programmes excluding apprenticeships. The latest figures for 2019/20 only show from August to January, at which point 12.1 per cent of apprentices were BAME.

New groups to tackle discrimination in the FE sector have been set up recently, including the Association of Colleges’ Equality, Diversity and Inclusion (EDI) steering group, and the Black Further Education Leadership Group (BFELG) – created by a number of existing and former college leaders.

The BFELG wrote to prime minister Boris Johnson and education secretary Gavin Williamson in August to warn that racism was undermining FE. Skills minister Gillian Keegan replied to the letter this month and pledged “to eliminate racism and to address racial inequalities in our further education sector”, as reported by FE News.

A spokesperson for the IfATE said it is a “firm supporter of BAME engagement” and works with “thousands of diverse employers to create opportunities for all different apprentices”.

“Of our total staff, 21 per cent have identified themselves as BAME – which is well above the national average,” they added.

“Our Diversity and Inclusion network promotes diversity across the Institute, presenting opportunities to discuss relevant topics and help change things for the better.”