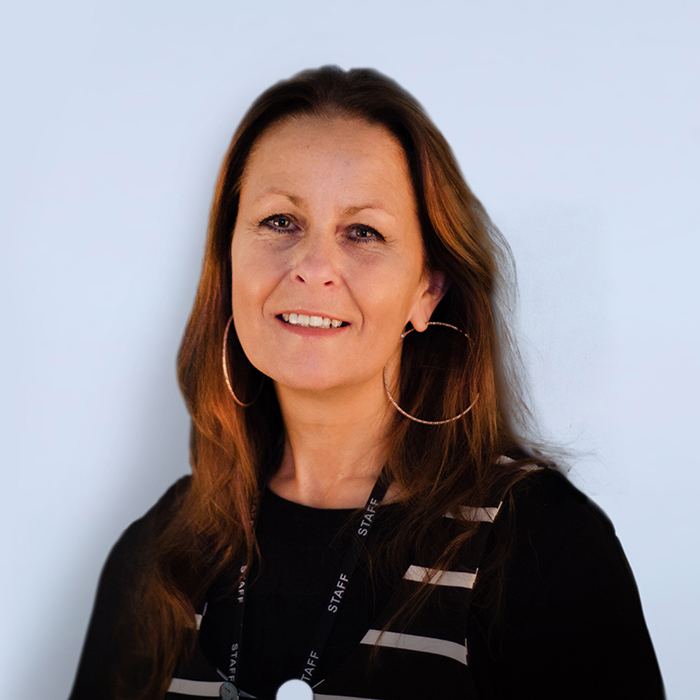 It takes all sorts to keep an education system performing. Some like the daily grind of incremental improvement. Others like the long-haul commitment to a community.

For Carol Thomas, it’s all about the bold change, the big-ticket transformative impact, picking up an organisation that’s on its knees and giving it back its fight.

And the new CEO and principal of Coventry College is certainly not one to shy away from a fight.

Hot from being on the team that transformed the fortunes of Stafford College after its merger with Newcastle-under-Lyme College, she’s taken on her first top job at Coventry, judged ‘requires improvement’ in September 2019.

Getting to the heart of that judgment while re-opening a college in the midst of a global pandemic when you’ve only been in post a month is no mean feat. But Thomas has hit the ground running, meeting every member of staff in spite of Covid restrictions.

What she’s found wasn’t entirely unpredictable. There are obviously some tough challenges. “They’ve said to me ‘we’ve had five people at the top in the last four years’. They’ve lost heart, they’ve lost passion, and they’ve lost confidence in their own ability. This overarching ‘requires improvement’ just suffocates everybody into a negative bubble.”

But there are also grounds for optimism. “There’s some excellent provision here and some fantastic staff who are so passionate about their job.”

In many ways the story of Coventry isn’t a million miles from Newcastle and Stafford College Group’s (NSCG). The key difference seems to be the relative success of their respective mergers.

When City College Coventry merged with Henley College Coventry in August 3 years ago, it was arguably on an improvement journey (though the previous decade was really best characterised as bumping along the bottom). 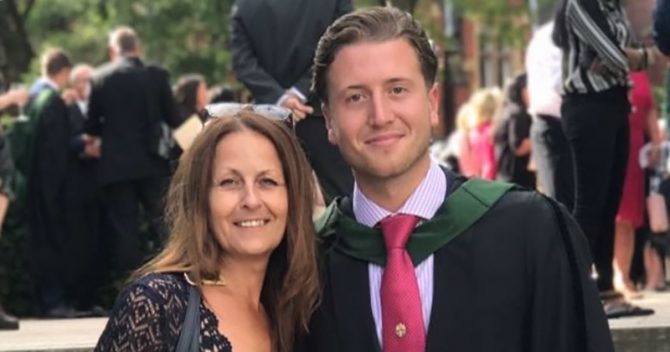 Thomas at her son’s graduation in 2018

They met in the middle, and if the aspiration for the merger was to empower both to thrive, the reality seems to be that it has stalled both in their tracks. Which is also not entirely unpredictable.

And this is where Thomas’s experience at NSCG comes in handy. No doubt, it was a key aspect of what made her stand out among the other candidates for the job. Not that she ever got to meet them.

Characteristically humourous, she tells me that “[the online interview process] was good in one way, because I was all dressed up and still in my slippers. But,” she adds “I’d never seen inside the college.”

Undeterred, Thomas had her own ‘Barnard Castle moment’ (in reality, restrictions had been eased by then). She came to Coventry for a sight test. “My husband and I drove down in lockdown. I prowled the buildings and peered through the windows and thought, ‘well, they’re not falling down. That’s a good start!’”

In an age of high expectations, this is a telling joke. There’s no doubt that Thomas’s expectations of her students and staff are high, but she has me wondering whether we have the same expectations of buildings, facilities and the budgets to pay for those. If there’s incongruity there, one rather undermines the other.

I prowled the buildings and thought, ‘well, they’re not falling down’

Not that Thomas seems fazed by a challenge. She was part of the leadership team at Newcastle-under-Lyme college, which she joined in 2012, when it merged with Stafford College in 2016.

The former was deemed ‘good’ and pushing for better still, while the latter had briefly escaped the ‘inadequate’ category it had been put into in 2012 only to sink back into it in 2016. By 2019, the merged NSCG was deemed ‘outstanding’. 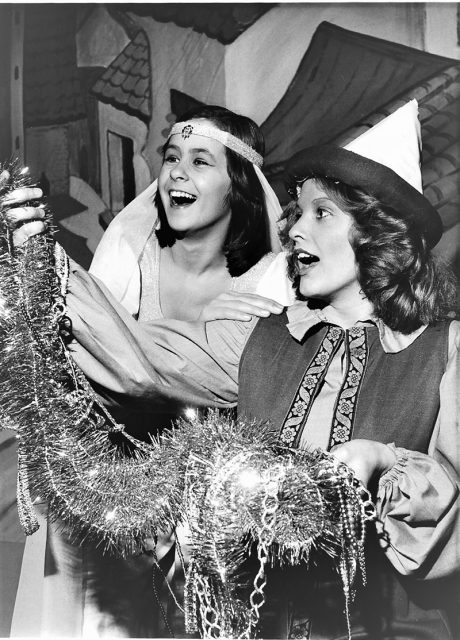 Age 14 as principal girl in a production of Aladdin

At that time, shortly after the FE area reviews which in many places recommended mergers, few had yet acted on those recommendations, and of those fewer still had succeeded. At Coventry, it led to stagnation and years of leadership turmoil.

But NSCG was an early success for the policy. For Thomas, the key determinant of that success would be the staff and the new leadership team’s ability to “win hearts and minds”. And that battle is far from an easy one from a leadership perspective.

“As nine interim managers moved out, we moved in. We lost a year of our lives.”

But despite Stafford’s years in the doldrums, when all else was peeled back, what was left was “a team of staff that were prepared to take on anything that was thrown at them. And we did literally throw everything at them, and they were fantastic.”

The strategy paid off, and her take on that success is telling. “When the Ofsted inspector said it was ‘outstanding’, I said ‘It’s going to be amazing for Newcastle staff, but I can’t tell you the difference this is going to make to Stafford’. We had grown men crying. They just could not believe the feeling.”

But Thomas is not the kind to sit back and reap the rewards of a battle won.

“If I’d stayed at NSCG, which I could have done quite comfortably because it is a fabulous place to work, the gains would be very small. It’s tweaks, you know. You’re in the sort of ‘sustaining excellence’ model there. Here, there are some massive leaps and bounds to take and it’s that accelerated approach that I like. Driving that and supporting staff, that’s what I thrive on.”

That fighting spirit may have its roots in being raised in a military family, and her success may have a lot to do with the outsider status her childhood seems to have conferred upon her.

The gains would be very small. It’s tweaks, you know

Born in Nairobi, Kenya, her father was in the British army and her Indian-born mother worked a variety of jobs to support the family. They were repatriated when Thomas was very young, but it was an experience that would shape the family and her upbringing.

“We were put on a tough council estate on the outskirts of Stoke-on-Trent, in a village called Audley. It was very parochial, and we were seen as the outsiders.”

She has me thinking again. In education, a lot is made of the importance of knowing your community – and be it Cauldon and Burton-onTrent colleges where she started her FE career as a sport lecturer, Cannock Chase where she was first promoted, Stoke-on-Trent college where she spent a decade, NSCG or Coventry, Thomas has never strayed very far from the area where she was raised – but less is said about the value of being an outsider.

Somewhat paradoxically, from a policy perspective ‘effective leadership’ is seen as a transferable skill. Obviously, both Coventry College and Thomas hope that’s the case, but Coventry’s experience of the past few years – one that’s shared with many other educational institutions and especially those who find themselves on the wrong side of Ofsted’s judgments – attests to the fact that it isn’t a given. 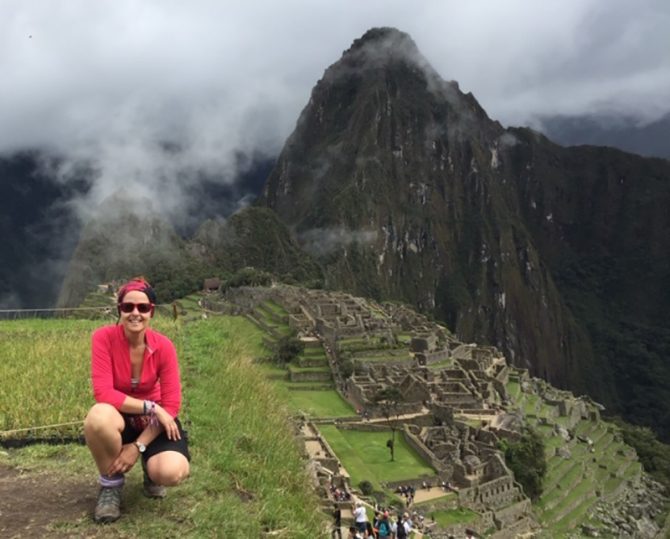 Yet Thomas is already making it work. “The change I’ve seen in people in four weeks is immense,” she tells me. This, from a staff that ought to be entirely inured to enthusiastic visions from new arrivals at the top.

How, then? The key is authenticity. “Somebody said to me yesterday: ‘We’ve been trying to suss you out, and we’ve decided you’re not a careerist, but you’re a doer.’” “A doer” is exactly how she describes her father, now 83, who has spent his life giving to the Audley community through charity engagement.

He even started a football team that went on to send players to Stoke City football club. “He would go off on a Sunday afternoon and the entire street would come,” she says with evident pride. His influence clearly runs richly in her.

By her own admission, Thomas “never had a plan” to be a principal, but what she has in spades is faith in others, and that’s what really determines whether the entire street will follow. “If everybody in this organisation just does their job to the best of their ability, I’ll be dancing on the tables this time next year.”

Whether that’s a skill she picked up on Pontins holidays in her youth along with acting and singing – she has a passion for it and has played in productions ranging from Aladdin to Calendar Girls – I didn’t’ ask. But, Covid permitting, here’s hoping everyone at Coventry College is dancing on the tables with her soon!