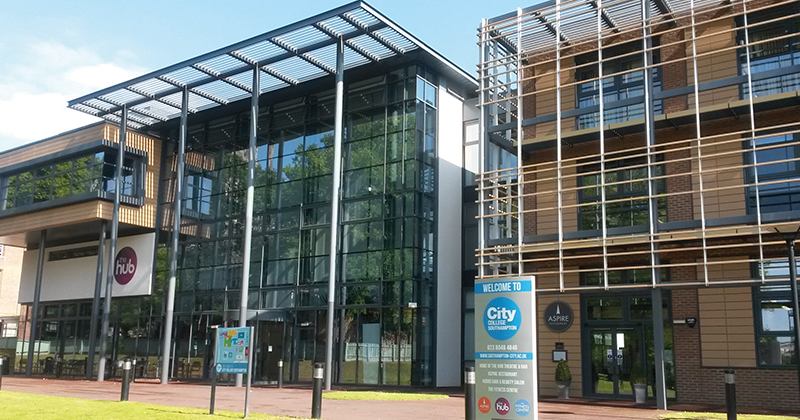 A merger that was planned to save a cash-strapped college from going bust has been rejected by the Education and Skills Funding Agency.

City College Southampton and Itchen Sixth Form College had been due to merge in August 2021 but today announced the move was off.

A spokesperson for the colleges said the ESFA had told them that it cannot support the proposed merger because of “too much uncertainty around financial viability”.

This was the third attempt by City College Southampton to amalgamate with another provider, after proposed partnerships with Southampton Solent University and Eastleigh College both fell through – the latter at the last minute because the ESFA rejected an emergency funding request.

However, she added that she was “reassured by the knowledge the ESFA has told us they are determined to find a sustainable future for Southampton.

“City College has worked collaboratively with each of the proposals put forward over the last five years, and we are determined to find a solution that will provide a sustainable future for further education in Southampton.”

Itchen principal Alex Scott echoed Stannard’s frustration, stating that “we were seeking to find a solution for the good of the city”.

As previously reported by FE Week, City College Southampton was handed £2.5 million in emergency funding last year, and the its 2018-19 accounts issued a dire warning that its cash could run out by October.

If the merger failed, the accounts further cautioned, then the grade three college would “require additional financial assistance” to stay open.

Southampton Itchen MP Royston Smith said he was “very frustrated” the ESFA declined to support the merger, which he said “presented a great opportunity to bring together two well regarded further education providers in our city”.

“I made it clear to ministers that I thought this merger was the right way forward,” he continued. “When I met with a minister about this, they seemed to understand the significance of this.”

When asked why the ESFA had declined the merger, a spokesperson said they “do not comment on individual cases,” but will continue to work with City College to find a sustainable solution.