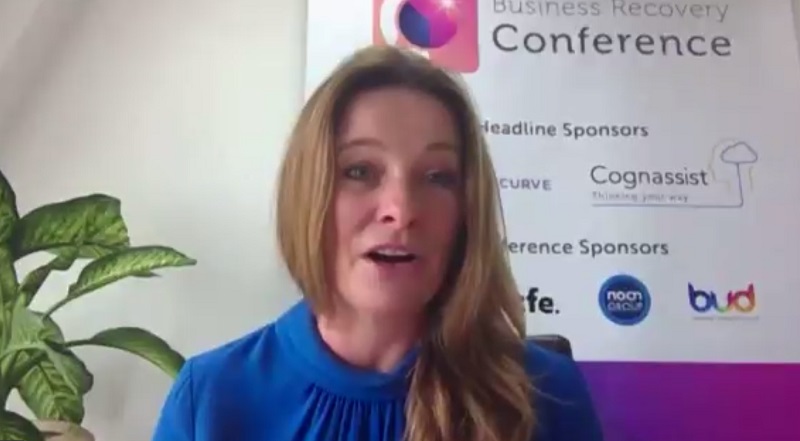 The FE sector should judge the quality of their training programmes on the jobs that learners end up in, skills minister Gillian Keegan has said.

Her comment comes a day after Association of Colleges boss David Hughes told the education select committee that college funding should shift to be based on outcome for students, rather than getting “bums on seats”.

Both Keegan (pictured) and Hughes made their remarks after being asked what they were looking for in the upcoming FE White Paper, due for publication this autumn.

After delivering a keynote speech this afternoon during the Association of Employment and Learning Providers’ virtual conference on business recovery from Covid-19, Keegan was questioned on the role of independent training providers in the White Paper and about the importance of level 2 provision.

The minister said private providers are a “vital part of the infrastructure” of the sector, adding that there is “no limit” to what they can get involved in when it comes to technical education, but made clear that “quality is what counts”.

AELP chief policy officer Simon Ashworth pointed out that it is “important not to correlate low quality with low level”, to which Keegan hit back: “It is only you and your sector that do that. I did a level two, level four and six as part of my apprenticeship. I more than anyone know that if the first rung is not there you cannot move onto the second rung.

“There is this thing within the sector where people do sometimes equate levels with quality.

“Going to a comprehensive school I have a peak insight into what you leave school with isn’t your capability. We know there is a great unevenness in opportunity.

“I just want to make sure that when somebody does and gets a level 2 that it is valued by business. What we have seen, and this is something I have said in the past, we did see too much low level provision that didn’t actually fit a business need and that is where we need to focus and change.

“But how do we judge quality? That someone can get a decent job.”

Quality in the FE sector has traditionally been judged based on qualification achievement rates and Ofsted grades.

Ofsted chief inspector Amanda Spielman has previously criticised the sector for focusing on enrolling students rather than where they end up, saying in January a minority of colleges were trying to “fill their rolls and attract funding”, whether or not the programmes they offer “open doors for the students that take them”.

Keegan’s comments today mark the first indication from the government that a shift to an outcomes-based funding model could be on the cards in the FE White Paper.

The Greater London Authority, which controls the capital’s adult education budget, has already made plans to switch its funding model towards payment by results, rather than for the delivery of qualifications.

Speaking during yesterday’s education select committee hearing, which focussed on the FE White Paper, Hughes said colleges “are accountable for bums and seats” but not for outcomes, which the association wants them focus on, such as “are they delivering the right things to the right people to deliver the right outcomes”.

Committee chair Robert Halfon said “surely” moving the focus to outcomes was what the government’s upcoming FE White Paper should cover, and suggested potential outcomes like: “Are the students getting good outcomes when they leave the college? Are the colleges meeting the skills needs of the nation, are they helping the socially disadvantaged?”

Hughes said there was a whole “basket of outcomes”, but “the funding should be supporting the delivery of those outcomes, not bums on seats” which he said can deliver “good outcomes, but not always”.