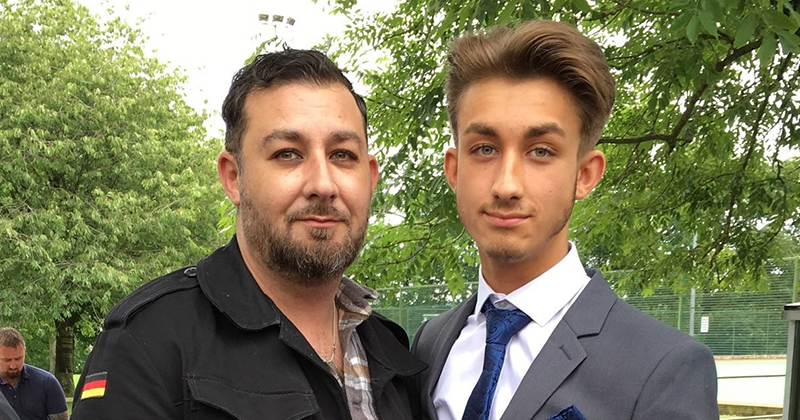 Tens of thousands of students endured a nervous weekend wanting answers on how they can appeal against their calculated A-level results, after being downgraded.

FE Week has spoken with a number of students who have had dreams of university and careers in medicine, law and physics thrown into jeopardy after exam board standardisation pulled down the grades their colleges assessed them at.

Students like Ilyas Khan, 19 from Richard Huish sixth form college (pictured with his dad Jameel), who was originally assessed as A C C by his centre – only to be slapped with a B D E.

“I was really devastated,” he said a few hours after receiving his results. “It was such a drop, I didn’t think it was real.”

It was only when the email came through from his first-choice university, York, saying he did not get a place that it confirmed the result was real.

Ilyas had his heart set on studying physics, but says he was plunged into “complete disarray” by his results.

He has said he will “definitely” be appealing against his result.

But the Department for Education and exams regulator Ofqual have drawn heavy criticism after publishing guidance on the appeals process on Saturday, before withdrawing it hours later.

The government has now confirmed it will allow students to use the grades given to them by their teachers before standardisation.

Eleanor Shephard, 19, from Sutton Coldfield College, put her hopes in being able to use the A B A she received at AS level, after she was downgraded from A* A* A to B B B for her A-levels. 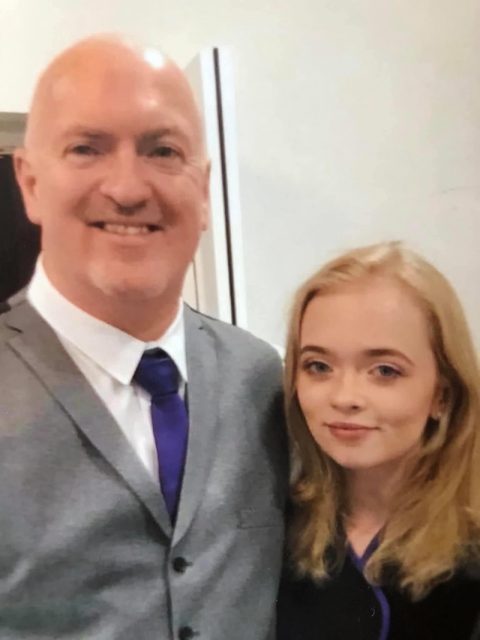 Eleanor Shephard with her dad, Ian

On receiving the results, she said: “I just felt awful, I wasn’t expecting it all. I had much higher hopes and as soon as I opened it, I just broke down as it was way worse than I was expecting.

She had been offered a place at the University of Warwick to do law, and the university has given her until September 7, to see if she can get three A grades. She hopes to either get those grades or that they’ll be able to accommodate her if she uses her AS levels.

However, even if Eleanor does appeal, awarding bodies can still take up to 42 days to decide on it.

“If things don’t get much better, this is definitely going to put my plans at risk. You need to go to a good university to do law. You can still do the course at different places but it will jeopardise your chances after your course of getting into firms. It’s definitely a risk.”

Otylia Hazle, 17, and Laurence Gesman, 20, from Cirencester College were two other students who saw their university hopes cut down on Thursday morning.

“Everyone has the worst-case scenario,” Otylia told FE Week. “And my worst case was much better than what I got.”

Her worst-case scenario was A* B B, but she ended up with B B C after being predicted by her teachers to get A B B.

She was “shocked” her teachers had predicted her at what she thinks was quite low, but said she was “heart-broken” by the final grades.

“I didn’t realise how much it takes out of you but I was exhausted the entire day just because of the worry.”

Of the government’s handling of the results, Otylia likened it to “someone had a reminder on their phone called ‘results day tomorrow’ and then tried to put something together”.

She had been hoping to study law at Exeter, but said she would instead sit her exams. Yet that means reapplying and waiting to see if the university gives her another offer.

Laurence needed three A’s to study medicine, but after looking at the algorithm decided he would get A A B – he ended up with A A C.

“Shock and horror” was how he described his reaction. He recalled having to turn down chances at seeing friends and family to study and “wells up at the number of times I had to knuckle down and I got let down, in the end, by the government and an algorithm which, to me, is really flawed.”

He has come up with options, including sitting the exam in the Autumn, and said: “I have to keep holding out hope. I want to be a doctor and it’s a lifelong dream, so if I can find any way of getting into medicine school, I will take it.”