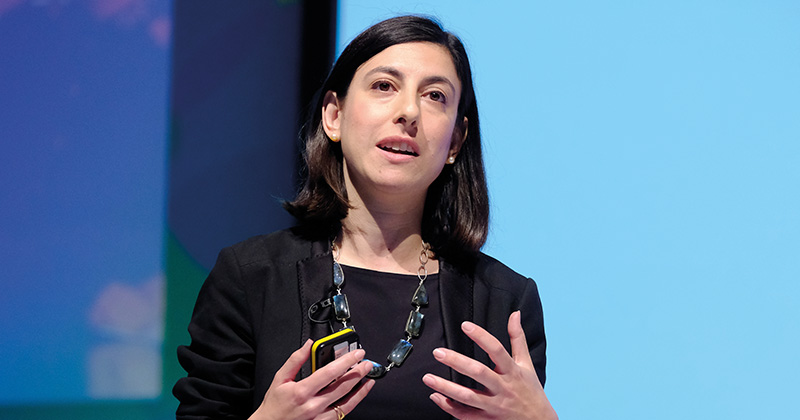 The chief executive of the Careers and Enterprise Company is to step down to run a firm that supports mid-career switchers to train as software engineers.

Claudia Harris, a former adviser to Tony Blair who was appointed as the CEC’s first leader five years ago, will leave this month to become CEO of Makers, a firm she currently chairs.

John Yarham, who has been acting CEO since Harris began a period of maternity leave in November, will continue to lead the organisation until a permanent CEO is appointed.

Harris said it had been an “honour” to lead the organisation “and have the opportunity to support young people as they make that vital transition into the world of work”.

“Throughout, we have maintained a laser focus on those young people in communities where support is most needed, originally defined as ‘cold spots’, and many of those regions now lead the way nationally in providing outstanding careers education.”

The CEC was set up by education secretary Nicky Morgan in 2014 to improve careers education across England.

The company is also responsible for overseeing the government’s network of careers hubs, groups of between 20 and 40 secondary schools and colleges who work together to help each other meet the so-called Gatsby benchmarks of good careers education.

Christine Hodgson, the CEC’s chair, said under Harris’s leadership the company had “established a national network that is transforming careers education across England”.

“A dynamic and resilient partnership of schools, colleges, employers and local agencies is supporting young people in communities across the country, working towards a new standard for careers excellence using the Gatsby benchmarks.”

The announcement comes after the government confirmed last year that it would continue to support the company with grant funding, after ministers admitted dropped their ambition for the quango to become self-sustaining.

The company has come under increasing pressure in recent years to prove its value for money.

In May 2018, Harris and Hodgson were quizzed by MPs about the company’s £2 million research budget, its staffing structure and a lack of evidence that the organisation is making a difference.

The organisation was further criticised in November 2018, when the House of Commons youth select committee urged the government to commission an independent review into whether the CEC is doing a good job helping poorer students get work experience.

And later that month, the company was blasted for spending more than £200,000 on two conferences, with MPs demanding to know why private sponsorship was not sought.

But Harris said today she was proud of the company’s record.

“Progress has only been achieved through genuine partnership and the passion and commitment of teachers, careers leaders, employers and colleagues from LEPs and local agencies across the country. I am grateful to have worked on something that matters so much with people who care so much.”