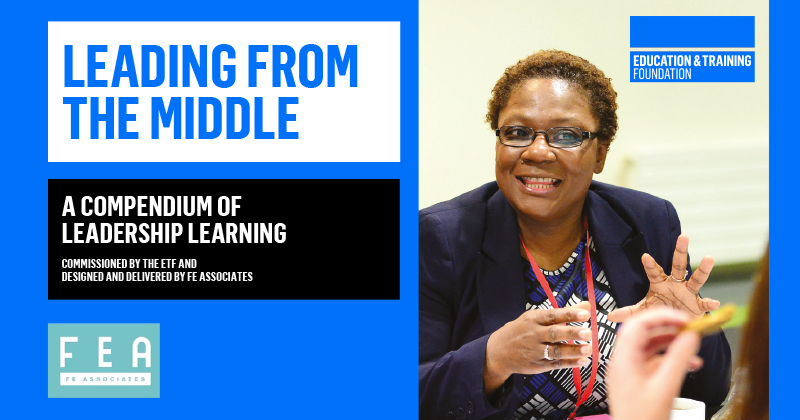 The middle tier of managers have become more and more pivotal as roles within FE senior leadership change. But there is “a price to pay” if colleges do not prepare staff for the job, according to the FE sector’s workforce development organisation.

The Education and Training Foundation (ETF) spoke up for the leaders it calls “the engine room of a college” while promoting a compendium based on its Leading From The Middle training programme, run by the skills consultancy FE Associates.

The programme trains middle leaders, usually heads of department, in areas such as leading a diverse workforce, understanding college finances and building awareness of how reforms impact upon the sector.

The ETF has run the programme on behalf of the Department for Education since October 2018, reaching more than 350 participants.

It has now published an online compendium that looks into more than 30 issues based on projects completed by the programme’s participants. These include improving attendance in sports academies, supporting ESOL learners, and setting expectations to create work-ready learners.

To mark its publication, FE Week spoke with the programme’s leaders and participants to find out more about the challenges behind middle management and how the course prepares staff to be what one participant called “the sponge of the college, soaking up pressure from every angle”.

The ETF’s director of design and development, Mark Wright, says the programme “emboldens participants to be more confident leaders, and use that confidence as a thrust to apply for more senior roles”. 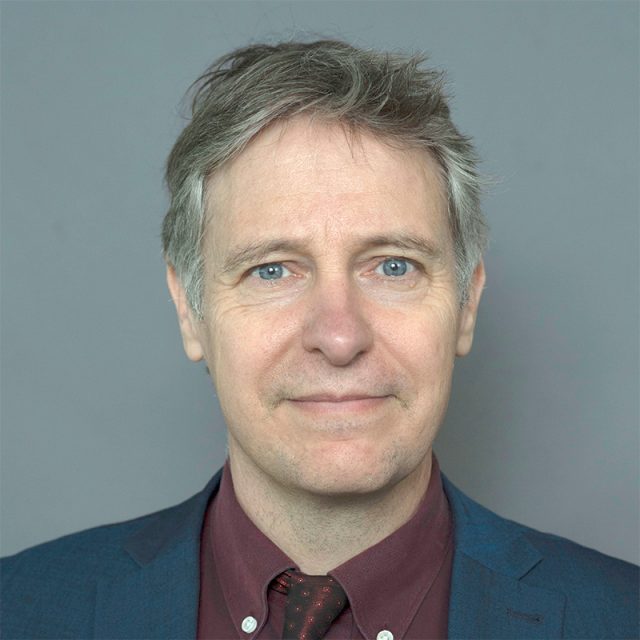 “This is about impact and effectiveness, so we designed it on the basis of it being the shot in the arm that the sector needs.”

That is in response to what he calls “a delayering of FE” over the past ten to 20 years, whereas “there used to be lots of micro steps taking you up the rungs.

The Social Market Foundation’s 2019 paper on policies for strong leadership in FE colleges says middle managers have taken on more responsibilities for managing budgets and management information systems since college incorporation, and are handling pressures from other departments.

Yet the training offer has been “thin”.

The paper called for the Department for Education to “increase investment in training and development for middle leaders”, adding such programmes should be “expanded significantly”.

Wright agrees that middle managers have taken on more duties, to the point they are “the engine room” of the college.

“It is a really pivotal position and it is becoming more so because of the sector has had a lot of value taken out of it. It’s put more of an onus on to the middle tier.”

He cautions providers that there is a “price to pay if you don’t train people. You can tell the difference between colleges that do invest and those that haven’t been able to”. 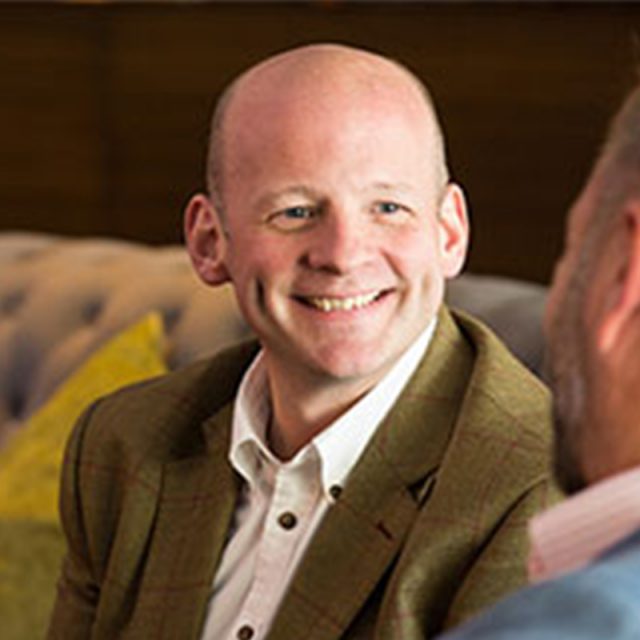 “Participants were dealing with very similar issues and challenges so we wanted to create a resource bank that other leaders, particularly middle leaders, could use.

“What we’re trying to do is put something out into the sector that says ‘we’re all dealing with similar things at this time, a number of people have come up with quite creative ways of solving problems’.

“A lot of the stuff that comes out about leadership development tends to be focused on the senior tier.

“Whereas 360 people have completed this programme … there has been so much learning.”

That learning involves a number of sessions, firstly involving an initial assessment to give participants a baseline of what they need to focus on.

“Primer days” then help them to understand the issues around the programme’s five modules.

But this is blended with online provision, featuring webinars and short videos from leaders to explain what they have done to raise their capacity.

But, Wright says, the ETF recognises that not everyone will feel “comfortable” with the face-to-face element, so it is trialling an online-only version.

Atkinson also highlights the programme’s mentoring from “very experienced” sector managers and “focused learning activities” – the individual projects that have been adapted into the issues covered by the compendium.

And what do the participants make of the programme?

Florence Marfo, a programme manager for languages at Morley College in south London, was one of the first to take the programme in October 2018 after feeling “lost and dumped” at work. She had tried to raise standards in her department but did not know how to make the most of the support from other departments. 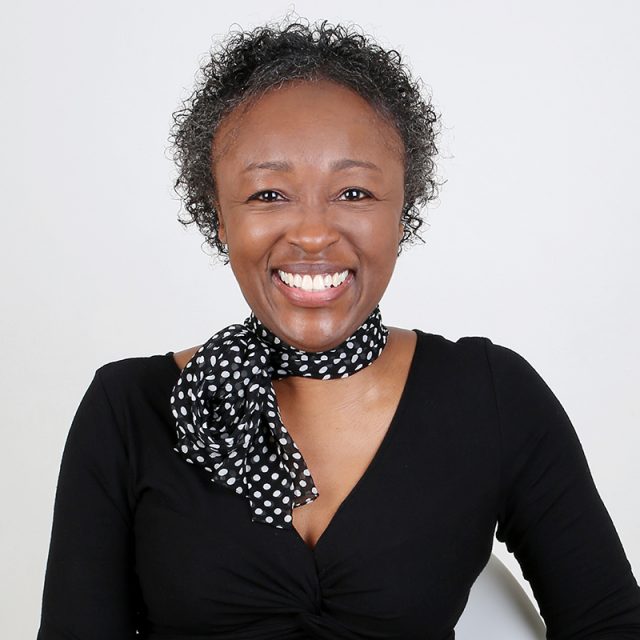 The training was “very practical” with “excellent coaching”. But the most useful thing was the chance to get the frustrations of work off her chest: “It was very good to have somebody to sound ideas off. We did not have that in my workplace. It really helped and made a difference.

“Eighteen months later I was contacted by somebody. That was also like another coaching session because I talked to him about some of the frustrations I had. It was just like having a one-to-one session again.”

She says the programme has made her “happier” to stay in her current role. A second cohort of Morley’s middle managers have now done the course, all of them enjoying the experience.

While it made Marfo happier in her current role, it helped Farnborough College’s head of faculty Mark Treagust to boost his career.

When he took part earlier this year he looked at assistant principal roles s part of his study, soon realising “we are capable of going for those jobs and getting them”.

“It was very well-timed for me because I had applied for a new role myself. I feel that if it was not for the course, I would not have had the confidence to go for it – and the knowledge and the ability to get it.” 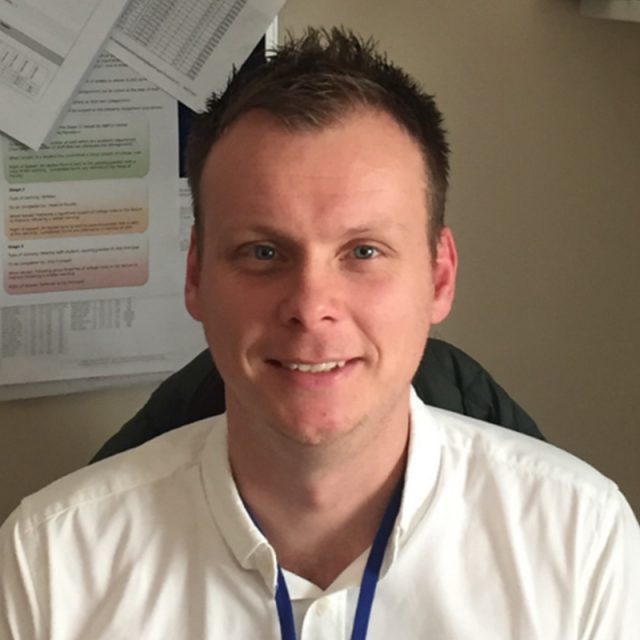 Treagust becomes assistant principal of Sparsholt College, also in Hampshire, in August and says the course taught him: “There is no upper ceiling, anything is possible.”

He describes the role of middle management with an analogy used on the course: “You are the sponge of the college, you have to soak up pressure from every area, whether that be your peers, your staff, students, parents, senior leadership. That can become quite laborious.”

Aside from boosting his confidence, he found the course changed his perspective on his own performance. After working in FE for ten to 15 years and being a manager for more than five, he says he was “in danger of having an opinion my management style had been formed, but I’ve learnt it is a very fluid thing”.

The compendium is available on the ETF website at https://tinyurl.com/y7rd2kz9