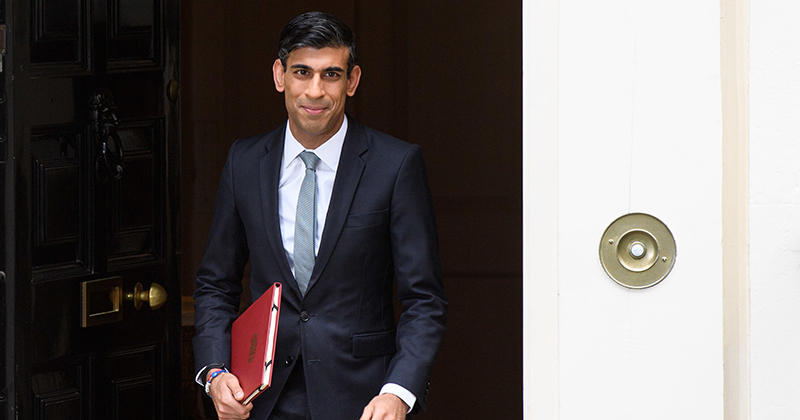 Training providers are “seriously concerned” that wage subsidies as part of the new £2.5 billion Kickstart scheme will displace apprenticeship starts for young people.

Chancellor Rishi Sunak announced on Wednesday that the government will pay the wages of “hundreds of thousands” of people aged 16 to 24 who are claiming Universal Credit to take newly created six-month work placements with employers, who will have their overheads covered.

For a 24-year-old, the grant will be around £6,500, Sunak said. Participants will be paid the relevant national minimum wage for at least 25 hours a week.

At the same time he revealed that employers will be offered cash incentives of £2,000 to take on apprentices under the age of 25, which can rise to £3,000 for 16-to-18-year-olds, for six months, from August to January.

The Treasury was quick to confirm that young people who take part in the Kickstart scheme cannot also be apprentices.

Providers have since questioned why an employer would opt for an apprentice, whose training has to last at least a year, with 20 per cent of their time spent off the job, when they can benefit much more financially from the Kickstart programme.

Association of Employment and Learning Providers Mark Dawe said: “Apprenticeship providers are seriously concerned that with programme starts and vacancies in the basement, as well as the worry about furloughed apprentices being made redundant, the Kickstart wage incentives are going to lead to employers choosing Kickstart over apprenticeships.

“The obvious answer is to allow a young person on Kickstart to transfer on to an apprenticeship at any time during the scheme and for the employer to retain the scheme’s wage incentives for the reminder of the scheme’s duration.”

In an attempt to rebut provider fears, the Treasury explained that the subsidised work placement scheme for a young person “who otherwise might not have got into work, or be able to get an apprenticeship”.

Those benefiting will be identified by Department for Work and Pensions work coaches as “at risk of long-term unemployment, once they have assessed the individual’s needs”.

A Kickstart job “must” include some element of training or jobsearch support, to help the participant find unsubsidised work beyond the placement. Further guidance on eligibility will “come in due course”.

The Treasury added that those benefiting from apprenticeships will be “chosen by employers, and are likely to be closer to the labour market”.

Addressing an FE Week webcast on Thursday, skills minister Gillian Keegan insisted the Kickstart is focused on “different people” to those who would take an apprenticeship.

They will be those individuals who are “furthest from the jobs market” and “at risk” of not ever entering it.

Dawe said that while the government’s thinking is that Kickstart is aimed at young people mostly in the NEET (not in education, employment or training) group and furthest from the labour market, AELP is “not sure at all that employers can and will distinguish between this cohort and potential level 2 apprentices”.

“The potential is often assessed by the provider before the young person starts work, or by the employer and provider after they start, and the real concern is that the differing financial incentives for the employer will override this process,” he added.

“It’s great that the prime minister and the chancellor are championing apprenticeships and traineeships in an unprecedented manner but if this crowding-out issue isn’t rectified before September, then we could see the takeup of Kickstart far outstrip the restoration of apprenticeship starts.”

David Hughes, chief executive of the Association of Colleges, welcomed the raft of actions announced by Sunak but admitted “we need to see more of the details and vitally how this all fits together”.

Alex Khan, chief executive of Lifetime Training – one of the largest apprenticeship providers in the country – said the apprentice incentives will be a “great boost” for the sector, and while he welcomed the Kickstart programme “we can’t understand why individuals on the scheme can’t also be apprentices”.

“Whilst we recognise and respect the intention of the Kickstart programme, surely a combination of this and an apprenticeship programme, which lasts a minimum of 12 months, must be better for the individuals, employers and the overall economy,” he told FE Week .

“We believe that the two schemes should go hand in hand rather than either/or, as we do run the risk of employers moving toward the Kickstart scheme to the detriment of apprenticeships.”

Some providers do not share the AELP’s concerns. Alex Ford, chief executive of CT Skills, said: “I’m really not worried about displacement. I actually think it will bring new employers into the apprenticeship market.

“I think young people who have been NEET and on universal credit for more than six months will get mandated to the KickStart programme. Where it works, those employers will look to progress the kickstarter onto an apprenticeship.”

Sunak said there will be no cap on the number of Kickstart placements and the scheme will be open to funding applications from August 2020, with the first jobs expected to begin in the autumn.