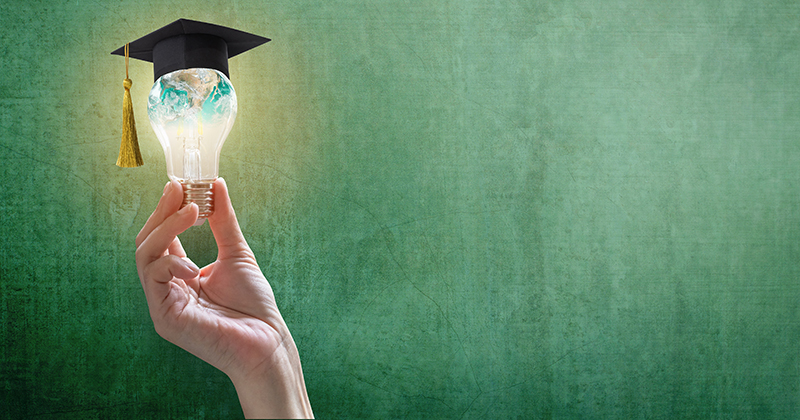 “Simply being in receipt of the Fellowship opens doors”

Having a fellowship doesn’t change the quality of the work you do – but it certainly gives you a big platform from which to shout about it, and to connect up with others in a meaningful way, says Cerian Ayres

Fellowship. It’s a word that says so much. It says recognition by peers, it says achievement, and it says intellectual leadership. But it isn’t just what the word says that makes a fellowship important; it’s what it does.

In the case of those who are awarded a Technical Teaching Fellowship – an award made in partnership by the Education and Training Foundation and Royal Commission for the Exhibition of 1851 – it does rather a lot. It creates opportunities to share the results of the work undertaken by the distinguished recipients, and in doing so positively influences the delivery of technical teaching across the country.

Hearing from James Maltby of Plumpton College and Steven Mariadas of Exeter College about the work they have undertaken since being awarded Technical Teaching Fellowships last year is an inspiring experience.

James, a learning technology manager at Plumpton College, has explored the use of immersive technology and how it can be used in technical settings, sharing the emerging practice from that work. His work has three main strands. The first has focused on supporting students and lecturers at Plumpton using 360 degree cameras to create virtual reality films that have been used for assessment and to create learning resources; the second on working with regional and national further education colleagues, employers and stakeholders to develop students’ knowledge and workplace skills; and the third on regional and national conferences and webinars to disseminate that learning.

Stephen, meanwhile, has been doing work to capitalise on the opportunity presented by the South West’s status as a hotbed of data. The presence of the MET Office, along with many other businesses that require data skills, demands a joined-up approach to recruitment. His work has been addressing that by bringing employers together with further education colleagues, creating local, regional and national networking opportunities to allow genuine two-way street working, and setting up a data science summer school to create awareness of data as a career for young people to aspire to.

The result is that employers from as far west as Penzance and as far east as Somerset are now engaged and recognise the contribution to technical skills that the further education sector can make. Importantly, this effective practice is being shared more widely with schools, higher education institutions and technical STEM employers and stakeholders.

The work each is engaged in has already had a significant impact and will continue to do so. Both acknowledge that simply being in receipt of the Fellowship opens doors – in terms not just of the funding that it attracts and the time that allows to pursue your professional interest, but also the speaking engagements and media opportunities and avenues into higher-level study that are afforded to holders.

But both also understand that being a Fellow isn’t about doing anything differently. The truth is that the award opens many doors and creates unforeseen opportunities, but it doesn’t make the holder a different person. Those who become Fellows by award are already Fellows in spirit and in practice; they’re out there showing the drive and leadership that holders require in institutions around the country and helping to transform lives and communities, and in doing so raising the status of our sector.

Four more such individuals – Dr Lynda Broomhead of Petroc College, Chris Fairclough of Lakes College, Shell Fearn of North Hertfordshire College and Nicholas Hart of Sheffield College – were recognised with the award of a Fellowship at the end of January. I look forward to seeing the work they will do over the next 18 months, writing four more inspirational stories of excellence that extend the reach of our sector.

The work that these Fellows do is, without doubt, is of extremely high value. But without the status that Fellowship gives them, they simply don’t have the kind of platform to shout about it and be heard. I know that there are many of you out there whose own ideas and dedication could benefit similarly from the platform a Technical Teaching Fellowship affords. For inspiration, I encourage you to listen to James’ and Stephen’s own accounts of their time as Fellows so far. And, having done so, I encourage you to go a step further and envisage yourself becoming a Fellow. And then I encourage you to take the next step and apply. Applications for next year’s awards will open later in the summer. It could be you.