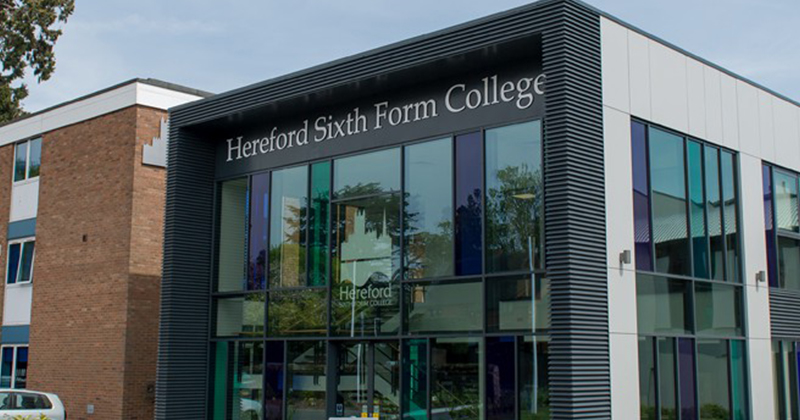 A sixth-form has brought forward plans to build extra temporary classrooms as colleges across the country brace themselves for an expected influx of students due to the coronavirus pandemic.

Principal Peter Cooper estimates the number of students could increase by 10 to 15 per cent, from around 2,000, in the wake of the current crisis and expects some social distancing measures to apply.

This is based on the likelihood of more students staying on after their first year and a “few” learners who are disappointed with their results wanting to return to improve their grades.

The Association of Colleges has predicted that college places could be needed for an additional 100,000 young people across the country, who would have expected to start an apprenticeship, work-based learning programme, employer-based training or entered the labour market in the coming academic year.

The organisation has also estimated that pressures on available college places will include “a rising population of young people, potential increases in transfers from private to state provision, and the inevitable space constraints created by social distancing”.

However, Cooper cautioned that the upturn “really depends on the situation on the ground when we get to September”.

He predicts that some students may be too scared to travel into the college in the current climate, which could lead to a reduction in the overall number.

As a result, the principal believes other colleges making similar provisions will be dependent on how “tight” their current capacity is and the local dynamics in their area.

He said the new temporary classrooms will cost his college around £200,000.

“We have accrued reserves for a rainy day, and if this isn’t a rainy day, I’m not sure what is,” Cooper told FE Week.

The college was originally set to submit the planning permission application once it received a decision on its Condition Improvement Fund bid for a new building, but brought this forward as the current circumstances made the extra space even more necessary “to ensure that we have some flexibility for room utilisation”.

The principal is confident the planning permission request, which was submitted in March, will be granted.

In preparation for a potential return in June or September, Cooper has committed a budget of at least £50,000 for purchasing personal protective equipment, sanitising materials and heat sensors.

He claims the sixth form has not faced a significant hit on its finances during this period, and is well placed to respond to the “direction of travel” if additional spending or the cutting of costs is needed.

He said: “Sometimes in adversity you learn and find ways of doing things, and I’ve been absolutely delighted with the efforts of staff and students to embrace the changes.”

These included the adoption of a move to remote learning platforms, such as Microsoft Teams and Zoom and other online communication methods.

“I think people have risen to the challenge massively, which I think will have benefits stretching well beyond the crisis,” he continued.

“However, I also think that it highlights many of the qualities that sixth-form colleges bring to things because what people miss out on is the peer-to-peer contact, social skills development and the wider learning skillset which you cannot replicate through these same means.”