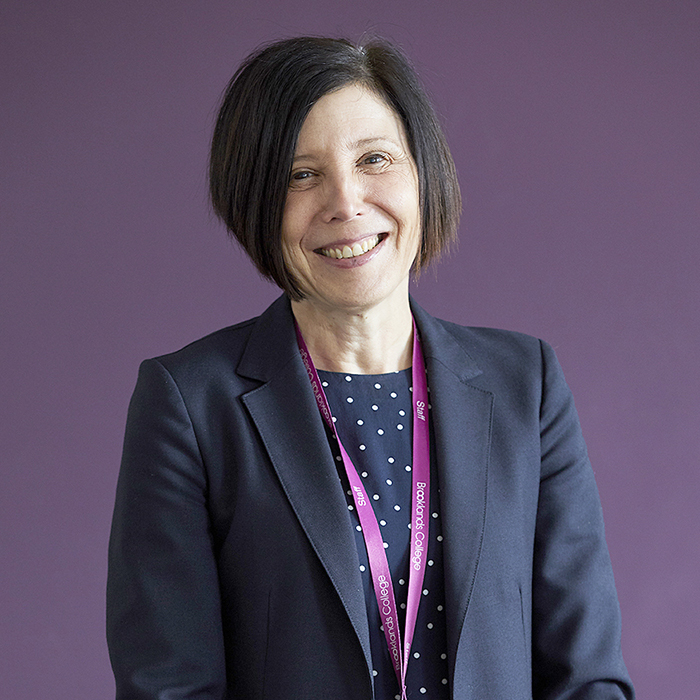 “We’ve got all this noise going on with finances, but the students come first”

Propelled rapidly upwards when her predecessor left, Christine Ricketts has been a steady hand on the wheel following troubled times at Brooklands College, in Surrey.

She had long aspired to be a deputy principal when Christine Ricketts spotted the advert for the role at Brooklands College, on the far outskirts of south-west London.

She went for it, and just four years later, she’s the principal, stepping into the top job after the college became embroiled in one of the biggest scandals in further education in recent years. The former principal left sharpish in March last year, and Ricketts was propelled rapidly upwards

Tasked with steering Brooklands out of FE commissioner intervention, and on an income that’s dropped significantly since she arrived, it’s what some might call a brutal introduction to the top job. But Ricketts strikes you as one of the least self-pitying, most resilient people around. 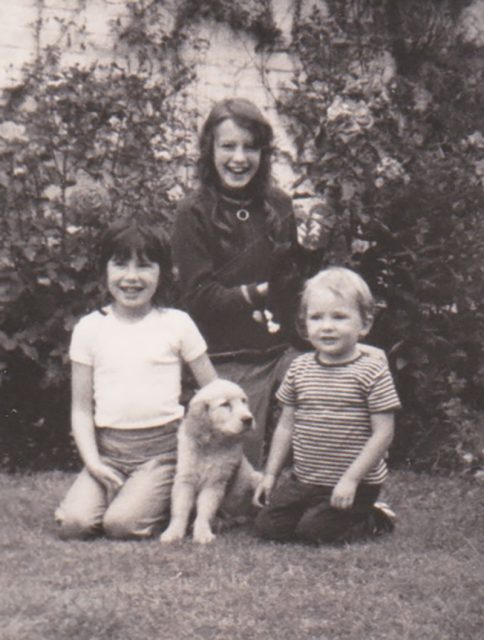 “No, I didn’t expect to be principal this quickly!” she laughs. Her resilience may be rooted in an unusually deep level of commitment to the college – Brooklands was where Ricketts first trained as a teacher at the age of 23. Not only that, but she stayed for an extraordinary 16 years before moving on to jobs in other colleges. In a way, Ricketts is Brooklands’ home-grown talent returned to rescue the family reputation. “I suppose there is an emotional attachment for me at Brooklands,” she says with characteristic briskness.

Rescuing the college was never the plan, though. In fact, Ricketts had left Brooklands in 2011 after it hit financial difficulties a few years earlier and restructures came in. When she saw the deputy principal position five years later, all looked well again. “The college was back on track, it had a ‘good’ Ofsted,” she explains. “The college was in a really positive place.”

It didn’t last long: in 2018 FE Week revealed the college was subcontracting out a huge proportion of its apprenticeship provision to a mysterious provider that seemed unable to explain where its training centres were. The government soon demanded the college pay back £20 million.

It was a “stressful time”, admits Ricketts. But she comes out with heartfelt praise for the FE commissioner Richard Atkins’s team. “Rather than a negative, I’ve found the support of the commissioner’s team absolutely vital. They were really supportive. Although at first it felt as though we were being ‘done to’, as we moved through it, trust and confidence built as they could see we were trying to take the college in the right direction.”

With all apprenticeship provision now coming inhouse, the college’s income has taken a real hit. Yet she and her team secured a ‘good’ Ofsted report just before Christmas. “Leaders have worked very hard and successfully to improve the quality of education in the last 18 months,” says the report. It’s a significant achievement, and you can imagine that as the scandal unfolded, someone with Ricketts’ no-nonsense, roll-up-your-sleeves attitude was a point of calm amid the storm. “Yes, we’ve got all this noise going on with finances, but we’re here for the students and they come first. We have to make sure they aren’t impacted.”

It seems testament to Ricketts’ willingness to frankly analyse and troubleshoot that she was entrusted to lead the college after the scandal. My only question is why Ricketts, as deputy principal, was kept entirely out of decisions about the apprenticeship subcontracting, which she says was handled by her former boss. “In terms of the way it was structured, apprenticeships were set up as a separate unit.” She has now changed the set-up so that apprenticeship provision will be increasingly delivered from within the college, with curriculum directors given direct responsibility for them at last. “That is the way apprenticeship provision works best, I think.”

Born in Essex to Geordie parents, as she puts it, Ricketts’ mother was a primary school teacher and her father a graphic designer. Rural life was “idyllic” and she says she was “very happy at school – keen and hard-working”. Her sister studied fashion while she did a foundational art diploma before studying fine art in Dundee, and both are now teachers (they also have a brother). “So in a way, we’ve both taken a bit from each of my parents. Our house was a very creative environment growing up, my father was always drawing.” Ricketts says she “lost herself a bit” during her A-levels and would have done better doing BTECs, meaning she “often thinks about young people and the opportunities they have open to them and their sense of direction”.

It was her brother – a “bit of a rebel” – re-sitting his GCSEs at Brooklands College who told her they were looking for an art teacher. She trained on the job and came under the wing of a senior member of staff who, in another full-circle story, is now one of her governors. “She encouraged me and made me aware of an opportunity to work cross-college rather than in art and design. And that’s when I really got the hunger for working strategically. That’s when I started to think I wanted to be a deputy principal.”

Being principal didn’t appeal so much because Ricketts thought it would take her too far from her main interest: the students. However, she was also deeply career-focused. “Every two or three years, I managed to go up into a more senior position. If I hadn’t had that I would definitely have left. I was always ambitious, always thinking what skills I could learn while doing a role to help me move on to the next.” 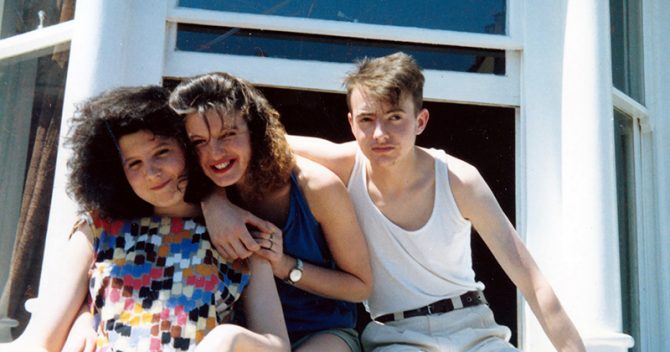 Ricketts has an unrelenting ability to turn potentially tumultuous events into a major positive in her life. “When I left university, I was pregnant. I think that was a real driver for me in that I was determined to still have the career I wanted. Me and my husband are quite proud of how we managed that time and came through it. It enriched my drive.”

Soon she was head of faculty for foundation studies, covering adult, special educational needs and lower-level provision up to level 2. After the college ran into financial difficulties (not for the last time) Ricketts moved on for the first time in her career, to Richmond College, where she stayed for two years. Her next few jobs taught her a lot about staff management. “The culture there was more unionised and it still is. It was about learning the role and meeting the challenges.”

She and her husband had a holiday home on the Kent coast, so Ricketts took a job as assistant principal at East Kent College for two years. “I didn’t feel I was where I wanted to be in terms of my career. I felt my confidence was growing.” Frustrated and in the face of another re-structure, this time Ricketts headed over to Lambeth College, where she worked with the English and maths staff teams as a “kind of troubleshooter” for five months. “I absolutely loved that job. I learnt so much. I was going back to working closely with a team. I learnt how important the dynamics in a team are.”

Ever since, Ricketts says she has thought carefully about how leadership decisions might affect staff. “I got a sense of understanding why they were frustrated with systems and processes, and I would go back to the vice principal and say, ‘they’re not just being difficult, they physically don’t have the time or resources’. Now as a senior leader, I always go back to that time. I think, ‘if we do that, I just need to check the impact of that.’”

Then she spotted the deputy principal job at Brooklands. “I thought, ooh, I’ve always wanted that post! If it’s meant to be, I’ll get it.” It brought her full circle after a great journey around the colleges of the south that had lasted only five years – a crash-course in roles that taught her how other college environments worked, none of which held her for very long. Now it looks like she’s here to stay.

“I’m often heard talking about a ‘sustainable college’,” she says. “Whether as a merged institution or stand-alone, it’s about making sure there’s a college here.”

Having trained within its walls, Ricketts is probably more invested in Brooklands than most. “I’m resilient. I think that’s one word that’s in my DNA.”

It looks like she’s already imparting some of that back into the college.