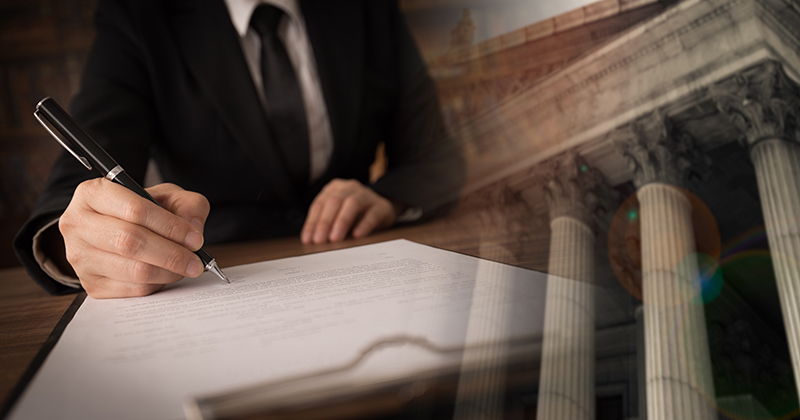 A high-profile QC has worked with solicitors to write to the apprenticeships minister, Gillian Keegan, arguing that the Education and Skills Funding Agency’s provider relief scheme is “unlawful”.

James Goudie QC, a senior silk at 11KBW, as well as a deputy High Court judge and a master of the bench of the Inner Temple, was instructed by the law firm VWV to help present the case in a letter on behalf of the Association of Employment and Learning Providers.

The letter from VWV, dated April 27 and shared with the media, comes after the ESFA excluded the majority of apprenticeship provision from the relief scheme launched last Friday on the basis it was not covered by the Cabinet Office’s coronavirus policy notice PPN 02/20.

Keegan had told MPs that where apprentices are recorded on the government’s digital system, the contractual relationship is between the employer and the provider, rather than the government.

The lawyers counter this argument, stating that “this is comprehensively wrong in at least three respects”.

Goudie goes on to explain that the “scope” of the Cabinet Office guidance states that it “covers goods, services and works contracts being delivered in the UK” – which all apprenticeship providers fall under.

“These are public service contracts, by way of duly procured framework agreements and all providers had to go through an application process with the ESFA to pass quality and financial thresholds to be admitted on to the Register of Apprenticeship Training Providers,” Goudie said.

His letter states that the AELP’s case is that apprenticeships funded through the digital system have a “plain and obvious entitlement by way of legitimate expectation to supplier relief under the guidance” and it is “unclear on what the failure to pay is based”.

The failure not to provide supplier relief, if persisted in, will be “unlawful”, it continues.

“This is on each of two broad grounds. First, the failure is not in accordance with, but is contrary to, the guidance. Second, it is discriminatory.”

It goes on to list a number of aspects of the DfE’s decision that “display a multiplicity of legal errors” including that failure to comply with Cabinet Office guidance is an “abuse of power”.

The letter concludes: “We understand that you are conducting a review. We trust that the threatened injustice will speedily be removed.”

A DfE spokesperson confirmed they have received the letter from the AELP and “we will respond in due course”.

There are 1,624 main and employer providers on the register of apprenticeship training providers currently, of which 593 have non-levy allocations this year, amounting to £690 million.

That means there are 1,031 providers that only have access to levy funding, and are therefore not eligible for the supplier relief.

The DfE has also confirmed that non-levy apprenticeships funded via an employer transfer or that have recently transitioned on to the government’s digital system will not be eligible for supplier relief.

FE Week analysis shows that of the 198,632 apprenticeship starts in the first six months of 2019-20, around two-thirds of the provision would be ineligible for supplier relief.

The provider with the largest number of starts in that period was Lifetime Training.

FE Week analysis shows that of their 10,000 recruits, more than 90 per cent were funded through the government’s digital system and are therefore ineligible.

Lifetime’s chief executive, Alex Khan, told this newspaper they will not be applying for the financial support as a result.

But Khan is not expecting the lack of additional help to have a big impact on his business, as it may do for others.

“Whilst the government furlough scheme is in place the main cost burden for Lifetime can be managed. However, it is worth noting that we do not have many training facilities or academies that we are exposed to funding whilst they are vacant,” he said.

“This is not true, however, for large portions of the sector, where the financial exposure to such indirect costs will make things incredibly difficult.”