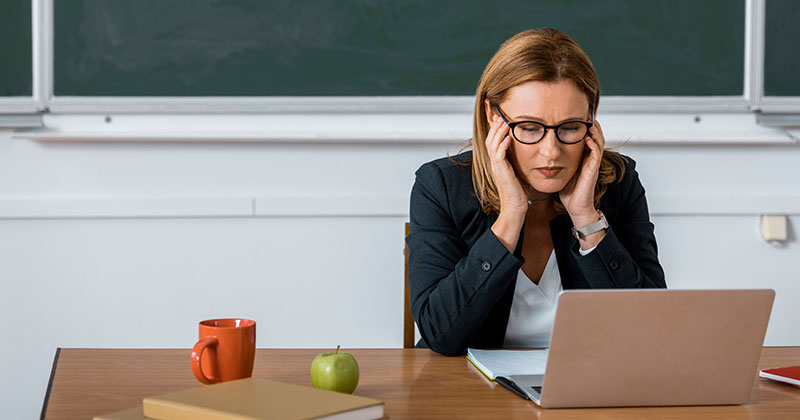 Colleges are calling on Ofqual to relax plans for ranking GCSE students within each grade this summer, as doing so for hundreds across different campuses would be “impractical”.

A number that spoke to FE Week expressed fear that it would produce “inaccurate” results and put thousands of learners at a “disadvantage”.

The exams regulator is currently consulting on the proposal, which was revealed last month as part of the standardised assessment process that will replace cancelled exams due to the coronavirus pandemic.

Schools and colleges are being asked to provide both a centre grade in each subject for each student and a rank order of pupils within each grade.

Ofqual says the rank order will help determine which students move between grades during the standardisation process, which will be run by exam boards in order to ensure that students are not disadvantaged by “generous or severe” assessment.

Jeanne Rogers, vice principal for quality teaching and learning at the Luminate Education Group, told FE Week that she is not “confident in the legitimacy and accuracy of a ranking process, where hundreds of students would have to be placed in order with potentially little or no distinguishable evidence between them”.

Her group, which encompasses five colleges including Leeds City, has almost 8,900 GCSE entries from 5,520 students this summer who are taught by almost 100 teachers.

“Our main concern is that any largescale ranking will place some students at a disadvantage,” Rogers said.

“Take our GCSE maths, for example: one campus might have 800 maths students, in 60 groups, across five departments, assessed by ten teachers. Two teachers in each department will rank their 150 students, with direct experience of the comparable features of performance, giving them a good degree of confidence.

“They then have to join four other departments to merge the rankings and that’s where you will inevitably see some students being moved down in the rank order, as a consequence of sheer volume and the necessity to give each a unique rank.”

Rogers added that if 200 students were to share a grade in any one campus, there will be “clusters” within that grade, where there is “little in the evidence base to distinguish between them”.

While this is a challenge that Luminate will “take on, for the sake of each student”, they hope Ofqual will adjust the plan so that it allows for the ranking of students in smaller cohorts of around 150 – which would be equitable to a year 11 cohort in schools.

Birmingham Metropolitan College shares similar concerns. The group, made up of three colleges, has almost 4,000 GCSE students taught by 50 teachers.

A spokesperson said that ranking this high number will be “very challenging logistically. We would like flexibility in the ranking and have voiced this as part of the consultation,” they added.

Meanwhile, NCG has 80 GCSE teachers teaching around 4,000 students across its seven colleges.

A spokesperson described ranking hundreds of learners within the same grade band as a “key challenge”.

“For example, we know from the DfE progress measures that nationally, and at NCG, the majority of 16-to-18-year-old learners stay at the same grade, so, given that the annual distribution of learners is heavily centred around grade three, for all colleges, no matter the size, this will be hundreds of learners at different ages, from different departments having to be ranked,” she added.

“Getting this right, particularly at the proportional grade boundaries, will require some real care and attention.”

Their concerns have been echoed by their counterparts across the country, according to the Association of Colleges.

The membership organisation’s draft response to Ofqual’s consultation said colleges are “concerned” about a single-centre ranking for all candidate grades, which is not “necessary” and nor would it provide “any additional degree of accuracy”.

“Under the current circumstances, moderating student grades across a large team and across campuses is not practical.”

The AoC, like the Luminate Education Group, suggests that it should be possible to submit rankings either by teacher or in smaller groupings of around 150 instead.