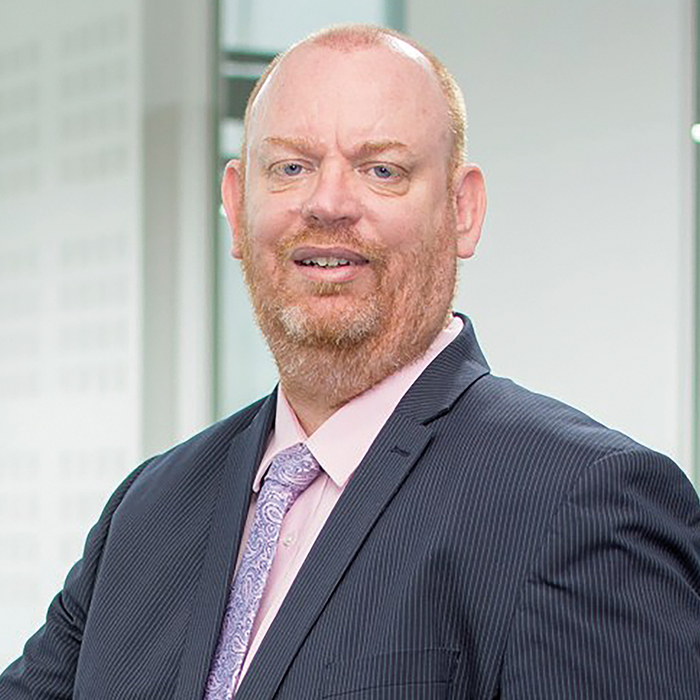 “By 2024, I want Bradford to be recognised as one of the best colleges in the country”

It’s a rare interviewee who can narrate their life in so compelling and entertaining a waythat questions become essentially unnecessary, but Chris Webb, the new principal of Bradford College, can do just that. If this Essex boy and experienced sector leader can re-write the story of that struggling institution in as humane a way as he can tell a tale, the staff are in good hands.

Like all natural teachers, he has a habit of turning his past experiences into lessons for the present, and the story of his lorry driver father going bankrupt three times during his childhood is no different. It was an observation in risk that may just explain why Webb has been brave enough to take on Bradford last year, with its humiliating government bailouts, strikes and grade 3 Ofsted rating.

It’s not about success. It’s about what you do in failure to turn it around

“Today my dad would be described as an entrepreneur but I’m not sure they described them like that in the old days in the East End,” he chuckles. “He had three businesses that went broke. Every time he was bankrupt, we had to move out. My mum always said, ‘I lost three houses.’” His father, who suffered from pneumonia and flu, “always dusted himself off and began again”.

The experience made an impression on Webb. “The bit my dad gave me is that it’s not about success. It’s about what you do in failure to turn it around. I’m where I am because I’ve been willing to take risks.” The instability of his father’s work, however, also drove another point home – get an education. It sounds as though his mother deserves serious credit for endlessly bugging Webb about this.

“My mum was always saying, you need to get an education, because my dad dropped out of school so when he went bankrupt, he couldn’t get a job.” It was his mother who spelt it out straight when he failed English O level – “you won’t get a job without it” – and who, when Webb failed his A levels and was working in a betting shop, looked at his friends graduating from university and said “that could have been you, son”. He eventually got the English O level, headed to Havering College of Further and Higher Education to get A levels, and took himself off to university. Faced with moments of failure, Webb appears never to have taken it too personally and set out to prove everyone wrong instead. 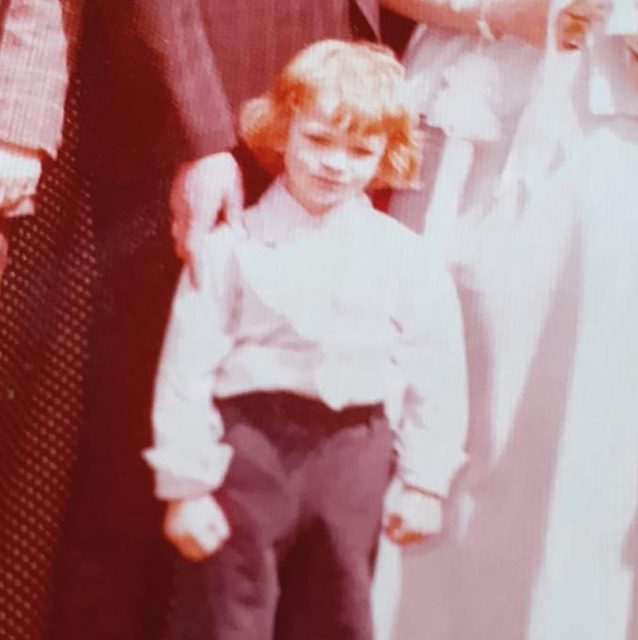 Webb also has a great eye for spotting a learning moment in unglamorous places. One of my favourite stories is from behind the desk at a William Hill shop, aged 20. “Being a betting manager is about working out the bets,” he explains knowledgeably. “When people have multiple bets on horses or football results, it’s called ‘crashing the block’ and it’s complicated maths. I used to work it out with a calculator, but these people would know if you’d miscalculated by a penny. These people who had spelt the name of the horse wrong and played truant at school, they were whizzes at math. It instilled in me that anyone can learn anything if you’re interested enough.”

Webb took the hint himself and signed up to study human biology A level at night school in 1991. The deep satisfaction he gleaned from passing is, even all these years later, infectious. “I had an A level! I looked at the brochure and I thought, I’ll do geography this year. So I did another year at night school, and blow me down I passed it! I thought, ‘brilliant, now I’ve got two A levels”. I’ve rarely heard anyone speak with such joy about obtaining their education, qualification by hard-won qualification.

The story of his final A level is more moving. Webb had a sister, smart enough to have studied law before leaving to get married, with whom he was in good-humoured competition about who was cleverest. Together, they studied economics A level, giving Webb his third – and the same grade as his sister. “It ended in a draw!” Webb doesn’t dwell on the sadnesses in his life. His sibling died of cancer in her 30s. Their father followed her five years ago. 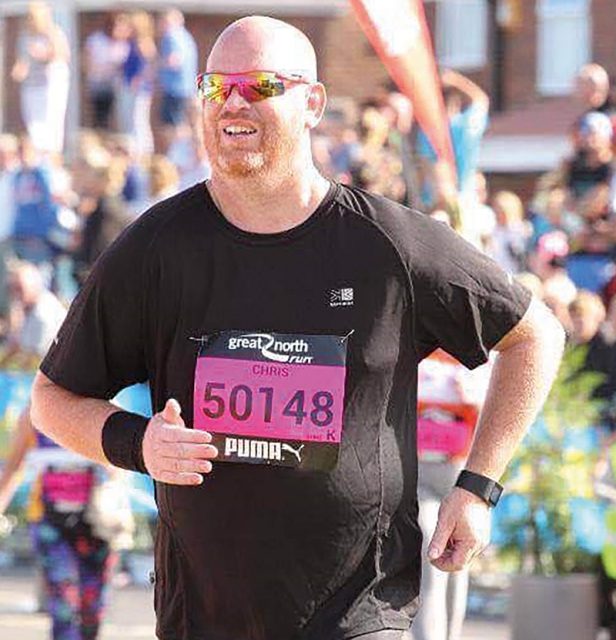 Instead, he focuses on the people who gave him his great chances, many of them women. The first was the lecturer who picked up the phone when he applied through clearing for sport science and IT at Canterbury Christ Church university. It was full, but “she spent about 20 minutes on the line trying to help me find the right course. I thought, if she cares about me now, imagine how much she’ll care if I go there.” Webb held out so he could apply the following year, there also meeting his deeply supportive wife, Belinda.

The next person to give him a chance was Teresa Frith, now senior skills policy manager at the Association of Colleges, who interviewed Webb for his first FE job at Bedford College. “I always say, whatever goes wrong in FE that I’m responsible for, it’s Teresa’s fault,” he chuckles. Stints at the City of Westminster college, which supported him through teacher training, as well as Braintree College under Debbie Lavin (“she taught me loads about management”) followed. Then he saw it – the TES article about Jackie Fisher, fearsome principal of Newcastle College, entitled “I don’t do cuddling”. Fisher is quoted as saying “I don’t suffer fools”.

“I thought, I want to go and work for her,” says Webb. “It was one of the first jobs I’ve ever gone for, where I really wanted it. I remember driving back past the Angel of the North thinking, I do hope I see you again.” He did. “Jackie was one of the most inspirational people I ever worked for. It was tough, of course. I remember one year I had to read my numbers out at the senior leaders’ meeting and we were £0.5 million off target. I thought, ‘this is it then! Well, it’s been good fun.’” But Jackie was understanding. Webb laughs at his surprise at not losing his job, praising Fisher again for all she taught him. 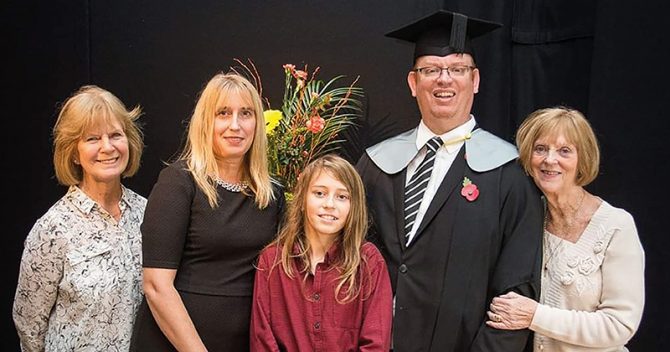 At graduation with family

But an even greater learning opportunity, Webb says, was when he was a “rubbish deputy principal” at South Thames College for two years. He quit. “It was my failure. I can look back now and see why she was frustrated with me.” Sue Rimmer, principal of South Thames, was a strong contrast to Fisher. “Sue was very emotionally intelligent about how people felt. She’d come from a union background – students were important, but so were the staff. It was important to look after employees and I struggled with that after Newcastle.” But, as ever able to pick up a lesson during failure, Webb credits Rimmer with inspiring one of his strategies at Bradford. “Many of the decisions I’ve made at Bradford have been lessons I’ve learned from Sue. Our first strategy is a curriculum for learners; our second is outstanding student experience.” So far, so Fisher. “The third is to be an employer of choice. That wouldn’t have made my top 10 before.”

Whatever goes wrong in FE that I’m responsible for, it’s Teresa’s fault

Throughout our conversation, it becomes clear why Webb has now set himself the toughest challenge of all. Easy routes are not his style – and it may be that the success of Barnsley College, where he was from 2011 until March 2019, did not feel fully earned. Its ‘outstanding’ grade was in place before he joined. By contrast, nobody wanted Bradford College, which in 2018 needed two £1.5 million bailouts in one month – an unheard-of scenario.

“I was the only external candidate. But I wanted a challenge. By 2024, I want Bradford to be recognised as one of the best colleges in the country.”

Webb closes with a final story. “I was with my dad on his last day. He said ‘here son, you know what, your mum and I, we’ve had a laugh, it’s never been dull, and I don’t regret a thing.’

“I could have stayed at Barnsley. I’ve been at Bradford for a year now, and you know what, there’s not been a single dull day. I don’t regret it at all.”