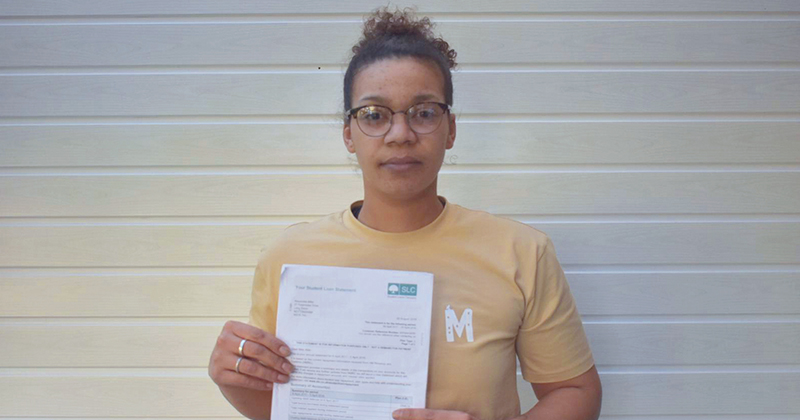 The government has agreed to write off the loans for another group of learners left with no qualifications after their provider closed, despite a previous investigation that concluded they were still liable to make repayments.

Questions have now been raised about the Education and Skills Funding Agency (ESFA) after it appeared to re-open their cases and U-turn on the cancellations only after FE Week began investigating.

In one instance a staff member from the agency, who previously dealt with some of the complaints, was accused of “gaslighting” and “victim-blaming” a student while dismissing their concerns.

This development follows a year-long battle for students to have their advanced learner loans written off after Nottingham-based independent learning provider Active Lifestyles closed down – with some testifying how their mental health has been affected during this process.

The training provider had its contracts terminated in November 2018 after receiving a grade four from Ofsted. There were 102 listed learners at the time of inspection in September 2018.

Since July 1 2019, the education secretary has been able to cancel advanced learner loans for learners left in debt when their provider goes bust, following a change in legislation prompted by FE Week’s Save Our Adult Education campaign.

FE Week previously revealed how almost 700 students have been identified as possibly being in scope for loan write-offs, which would cost the government £1.3 million.

On January 27, the start of a one-month FE Week investigation, this newspaper asked the ESFA if any Active Lifestyle students were in scope for their loans to be cancelled.

The DfE said none were, as Student Loans Company (SLC) records showed there were no loan-funded students in learning at the time of the provider’s termination.

But last week, Alexandra Allen, 31, was told her £2,882 loan for a Diploma in Personal Training, and the interest accrued, is eligible to be cancelled.

The ESFA’s response to her complaint, which was originally lodged in November 2019, cited new evidence from Active Lifestyle’s awarding body, YMCA Awards, which was obtained by FE Week.

The SLC had told FE Week she was still liable to repay the loan on January 30, 2020.

The former sports coach from Long Eaton, who was signed off work with stress, anxiety and depression last year, said she had been “left in the lurch” and called it a “big scandal.”

While she described the loan cancellation as a weight being lifted, Allen said she had not received an explanation or apology from the ESFA.

Once a loans-only provider has its contracts terminated, they are not monitored by the ESFA, the agency told FE Week.

“Someone has to take responsibility and change the process,” Allen said.

Nick Price, 22, a duty manager from Lincoln, was notified that his loan from 2018, worth around £1,200, is also now eligible to be cancelled.

Price received a new response from the government last week after previously being told an investigation into the case had been closed in October 2019.

The first reply had referenced his complaint from June, which asked for his loan to be wiped. “It is safe to say I was losing sleep over it all,” he told FE Week.

“I am extremely grateful to not have to pay the loan back but I think this is only fair anyway, they haven’t done me a favour, they have just done what was needed this whole time,” Price added.

Victoria Paterson, 45, alleged representatives from the government agency were “gaslighting”, “victimblaming” and “quite rude” to her after she complained about the situation.

In emails seen by FE Week, she was told the ESFA had not funded her loan or selected her training provider, and that these decisions had been made by “you”.

“I was really gobsmacked by that… [the official] was being deliberately difficult and provocative,” Paterson continued.

“I couldn’t understand why they were so averse to doing a proper investigation.”

Paterson, who has since completed her qualification elsewhere, set up a support group on Facebook for learners “still waiting” for their certification in June 2019.

It currently has 25 members but not all of those who joined have had their debts written off.

Another former student has been told he is still liable to pay back his loan while others have not been contacted as they did not complain.

Jamie Williams, 28, said: “I have been devastated… It’s a constant burden over my life if I’m honest.”

Phonchrist Ongouya Adouki, 35, called the situation a “mess” and added that his “whole life is on hold”. He said it felt “hopeless when you do not know who to talk to”.

Lucy Godfrey, 26, also claimed she had been unsure who to complain to.

The DfE declined to explain why the ESFA had not checked with YMCA Awards before, or confirm how many student loans from Active Lifestyles are now being cancelled.