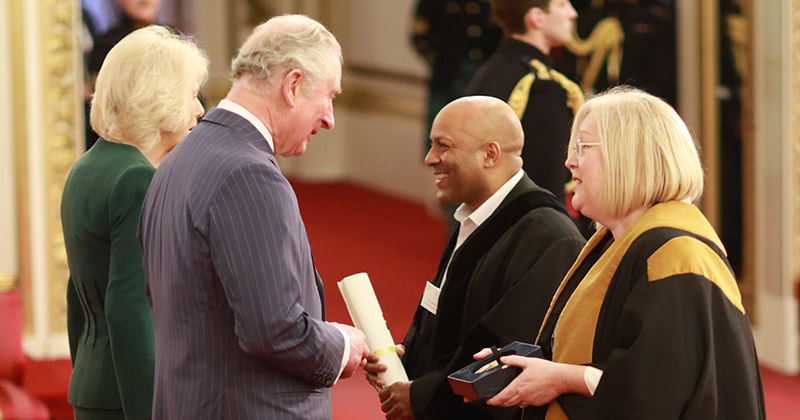 Staff and students from four colleges brushed shoulders with royalty today as they picked up their Queen’s Anniversary Prizes in a special ceremony at Buckingham Palace.

London South East Colleges, Dudley College of Technology, Tyne Coast College and Belfast Metropolitan College were among 22 education providers to receive the accolade from the Prince of Wales and Duchess of Cornwall.

The awards are dedicated to outstanding higher and further education providers, which are recommended by the prime minister and approved by the Queen.

FE Week was in attendance this morning, where 19-year-old Beth Jones, a level 3 mechanical engineering student from Dudley College, said she was “absolutely overwhelmed” and “lost for words” after meeting Prince Charles.

She stated she spoke to the royal about her course and long-standing passion for the subject. 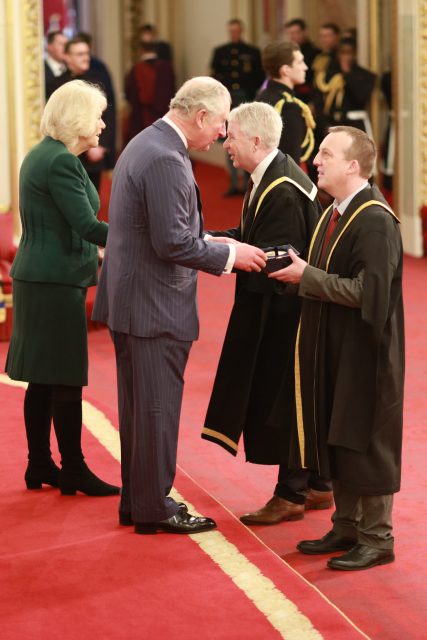 Dudley College of Technology being presented with the award

Dudley was awarded the prize for “contributing to the economy of the region” in the West Midlands.

Williams told FE Week he was pleased to be in attendance alongside higher education providers such as Oxford University, as further education has a “very important role to play” and was being recognised with “other key components of the skills sector”.

Another winner, London South East Colleges, was chosen in recognition of their technical and vocational education offer, including its “pioneering” strategic engagement programme within the construction industry.

Level 2 plumbing student Melissa Cummins, 19, said she was told by the Duchess of Cornwall that the royal had never met a woman plumber before and called being at the palace a “once in a lifetime experience”.

Jodie Binstead, 20, a quantity surveyor, added that the Duchess had said to the students that it was “great to have women in the industry”.

“It is excellent recognition for the work that we do.”

He described the ceremony as a memory he would have for the rest of his life. 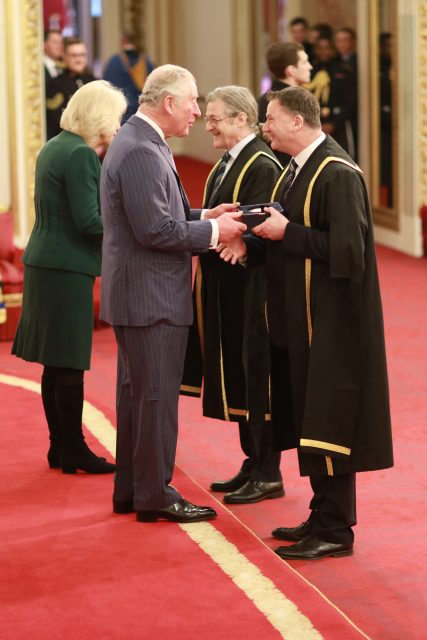 Tyne Coast College, created from a merger of South Tyneside College and Tyne Metropolitan College, was honoured for creating digital modelling and advanced training for the planning of new port facilities and for the safe management of ship movements.

Principal John Roach, who was also celebrating his 60th birthday at the palace, said being awarded the accolade was “absolutely fantastic” and meeting the royals was “a real buzz”.

The only other college to win an award outside of England was Belfast Metropolitan College.

A total of 275 prizes have been awarded to 49 further education colleges and 98 universities since the awards were created in 1993. They are granted every two years.

The 22 award-winning UK further and higher education institutions were recognised in 2018-2020 for “ground-breaking work and pioneering research” in a range of disciplines including science, engineering, education, the humanities, the environment and medicine.

Entries to the scheme are invited in any subject area and are subject to assessment in a process managed by the Royal Anniversary Trust, an independent charity.

Read next week’s edition for more from the palace. 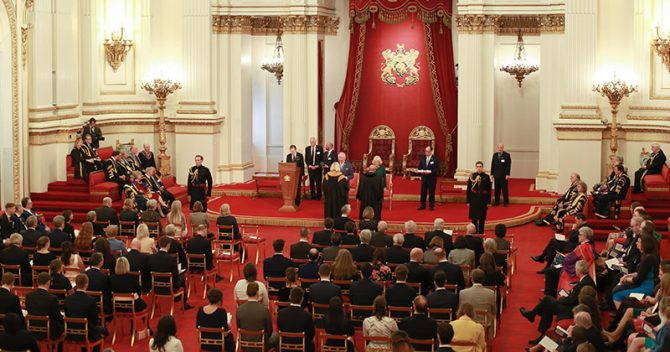 LSEC being presented with the prize

Featured image: LSEC principal Sam Parrett and vice principal Errol Ince collecting their award from the Prince of Wales and Duchess of Cornwall