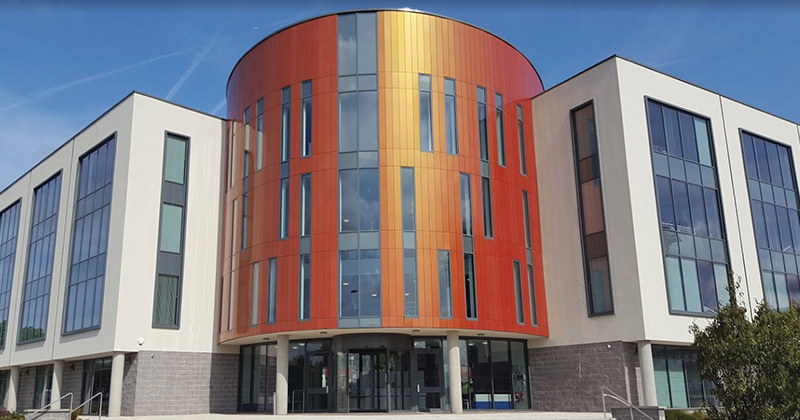 The second college to enter education administration has debts and liabilities of more than £100 million to over 60 creditors.

Insolvency practitioners from BDO have today released a statement of proposals for West Kent and Ashford College (WKAC).

It shows the college has outstanding capital grants worth £86 million from the Education and Skills Funding Agency.

WKAC, which went into administration on 16 August 2019, also owes secured loans of £13.2 million to Barclays Bank and £1.1 million to Ashford Borough Council.

The £86 million was given to WKAC’s forerunner K-College to help with the construction of campuses in Tonbridge and Ashford in Kent. When K-College collapsed in 2014 and Ashford and Tonbridge campuses were taken over by Hadlow College to be reformed as WKAC, the grants were transferred to the new college.

A WKAC spokesperson confirmed the capital grant is a liability, which does not accrue interest and as the grant is written down over the economic life of the property, the college retains the liability until the grant balance has been fully written down, so there is therefore no repayment schedule.

The news comes after BDO’s report for Hadlow College, which trades as the Hadlow Group with West Kent and Ashford College, showed it had debts of £40 million with over 300 organisations.

The pension deficit, BDO stresses, does not have “any impact” on the benefits of past or present staff; but paying off those unsecured creditors is “uncertain” at this stage, as the majority of the college’s assets are designated for educational purposes and education administration carries a “learner protection” responsibility.

BDO has also been granted access to grant funding to pay for education administration by the secretary of state. The administrators expect to have to draw on the grant funding, which will have to be repaid ahead of all else, making it even less likely the small businesses will be paid back.

The report said no claims had been adjudicated upon yet, but they expect to receive “significant claims soon” and the 64 creditors have been asked to submit a proof of debt form if they want to make a claim.

The administrators had racked up time costs of £223,000 before WKAC even went into administration. Then between administration and January, £472,981 was built up by BDO’s team having worked for 2,580 hours at an average rate of £183 per hour.

The team have also commissioned a property valuation by Savills which cost £33,000, insurance and a health and safety review by AON which cost £75,863, and incurred legal costs totalling around £75,000 to WBD and £21,000 to Branchers.

BDO charged the Department for Education £627,407 for employing their services at Hadlow College between May and October; but estimated this would rise to £1.1 million by this April.

A confidential report on the conduct of “all relevant persons” in the three years preceding education administration also had to be completed by BDO and passed on to the education secretary, which they did by 13 November 2019.

The ESFA handed WKAC £3.79 million in exceptional financial support in the six months after the college applied in February 2019.

Around that time, the college’s principal Paul Hannan and his deputy Mark Lumsdon-Taylor both resigned; followed by several governors, including the chairs of Hadlow and WKAC.

BDO reports that by the time Hadlow College went into administration last May, WKAC “was reliant upon ongoing emergency funding from the ESFA,” without which the college could not pay its debts, and it had net liabilities of £17.5 million.

FE Commissioner Richard Atkins visited both colleges after the application for exceptional funding was made and reported their boards “failed in their fiduciary duty” and Hannan and Lumsdon-Taylor “regularly made decisions themselves outside of executive and any open discussion – and reacted strongly to questioning or challenge”.

Atkins recommended WKAC be split up: with its Ashford campus going to East Kent College Group; and its Tonbridge home going to North Kent. This process will not be completed before March 2020, today’s report said.

A similar process at Hadlow College has already resulted in its campus in Mottingham, London being transferred to Capel Manor College in January.

A BDO spokesperson said they have “maintained the stability of the college and minimised disruption for existing students as a whole” and the proposed merger transactions will “ultimately determine the likely outcome for unsecured creditors”.