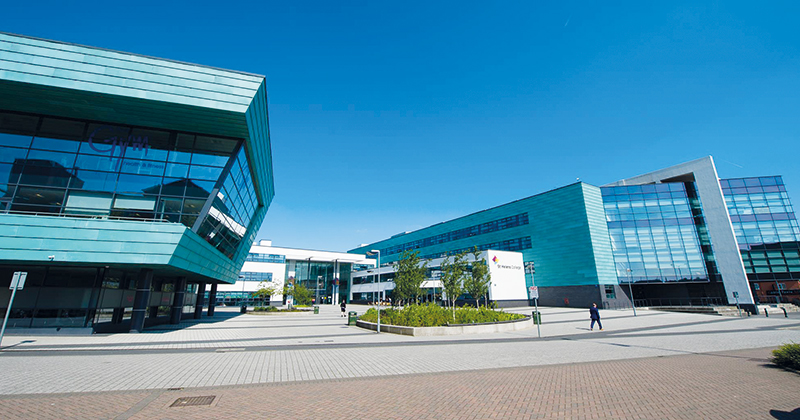 More than half of all young learners who enrolled in September at ungraded merged FE colleges now find themselves studying at Ofsted grade three providers.

FE Week analysed the performance of these mega-colleges ahead of the imminent publication of a grade three report for Capital City College Group (see here for full story).

In total, 13 college groups have been inspected for the first time since being formed and following the introduction of the Education Inspection Framework (EIF) in September.

Inspectors reported that governors, who do not have enough impact on the quality of education, had focused on “resolving the challenges created” by the merger.

The education watchdog found that “a significant number of senior staff left” after this.

It added that there had been disruption to specific courses and the management of these was “not yet effective enough”.

However, the report did acknowledge that governors had taken effective action to set up a new leadership team following the merger.

In addition, Greater Brighton Metropolitan College, which formed in 2017 after the merger of Northbrook College and City College Brighton and Hove, both of which were rated ‘good’, received a grade three.

Moreover, both Coventry College and St Helens College failed to improve upon their pre-merger ratings.

Inspectors stated that, since the merger, governors “recognised quickly that leaders’ planned improvements were ineffective and took decisive steps with the leadership of the college” and the chair and chief executive had also appointed new governors with “a strong background in education to enhance the board’s effectiveness”.

Ofsted said the interim principal had begun to stabilise the college following the merger and extensive changes to staffing and college structures.

It added that while new senior leaders have a clear strategic direction, the appointment of a permanent principal had not been finalised and the lack of stability “has had a negative impact on the pace of improvement”.

There have been success stories for merged colleges under the new EIF.

Since it came into force, there has been one ‘outstanding’ rating and six grade twos for these colleges, which deliver provision to 24,297 16- to 18-year-old students in total.

College groups struggling to shine as Ofsted visits for first time Newcastle and Stafford Colleges Group boosted its grade from pre-merger ratings of ‘good’ for Newcastleunder-Lyme College and ‘inadequate’ for Stafford College to ‘outstanding’ in November.

Inspectors praised its leaders and managers for “very effectively” bringing about the merger and “rapidly” integrating the two campuses.

In addition, six other merged colleges are now considered ‘good’.

Its governors were praised by the education watchdog for continuing to “secure improvements to the quality of education that learners and apprentices receive during the merger process”.

Tyne Coast College retained the grade two rating obtained by both South Tyneside College and Tyne Metropolitan College after they merged in 2017.

Inspectors believed governors and senior leaders at the college managed the merger “very effectively” and ensured that the college campuses “continue to serve their communities well”.

The Windsor Forest Colleges Group was created in 2017 after ‘good’ Strode’s College merged with East Berkshire College, which had received a grade three.

Ofsted said that governors and senior leaders had ensured they continued to serve their local communities “well, with a broad and relevant curriculum offer” since the merger, with leaders and managers working with local employers and partners to plan and review provision so that it was “focused on current industry practices”.

In total, 27 general FE colleges have been inspected so far under the EIF, including CCCG’s verdict.

FE Week analysis shows that more than two-fifths (12) of these have been hit by grade threes.

One provider was declared ‘outstanding’, while more than half (14) were considered ‘good’.

None has been found to be ‘inadequate’. 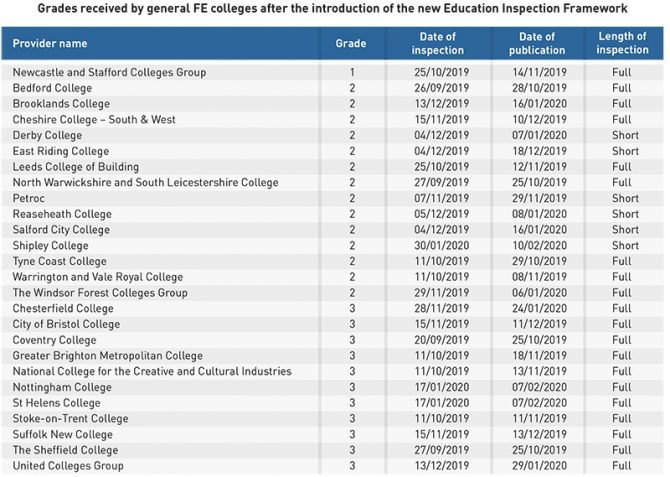