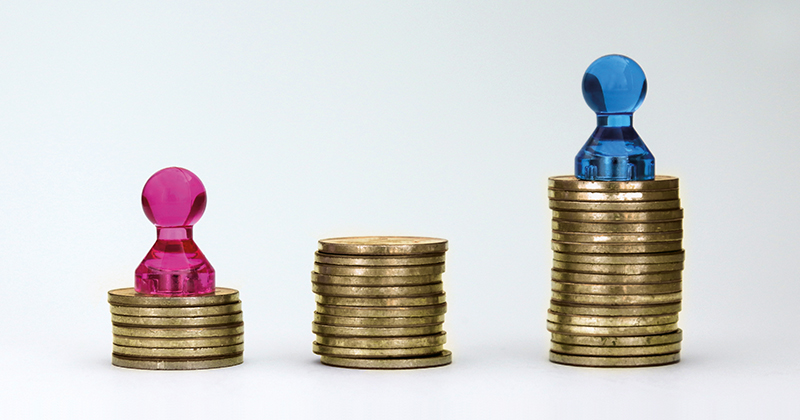 The apprenticeships system is “continuing to let women down”, a union has said.

The claim came after it was revealed the gender pay gap for apprentices has almost doubled in recent years.

The figures were revealed in the biennial Apprenticeship Pay Survey, published by the Department for Business, Energy and Industrial Strategy last week.

Research by the likes of the Trades Union Congress has linked the gender pay gap to differences in the sectors in which men and women take up apprenticeships. These choices are often based on occupational stereotypes of “traditional roles” – and the pay disparity between them.

The 2018 Apprenticeship Pay Survey, for example, shows the female-dominated level 2 and 3 programme of hairdressing had the lowest mean weekly wage of £163. Electro technical apprentices on the other hand, the majority of whom are male, got paid £337 – the second highest total weekly earnings from basic pay.

Sophie Walker, chief executive of the Young Women’s Trust, said the survey “once again highlights the sexism and discrimination that young women face even at the very beginning of their careers”.

She added: “This discrimination not only shuts them out of apprenticeships such as engineering and construction that have the best opportunities for pay and progression but fails to provide high quality opportunities in childcare and social care in which the majority of young women apprentices work.”

Walker said more investment must be made in social infrastructure “so that working in these sectors is valued and offers the same level of pay and security as other apprenticeships”.

Amy Dowling, from the National Society of Apprentices, told FE Week the union shares the frustrations “that women continue to be let down by our apprenticeship system”. She added that the government need “to make sure women’s work is fairly funded”.

She said: “We knew it [the gender gap] was coming, but so did the government. When the government first looked at the funding arrangements for each apprenticeship, they recognised that women would lose out. Last year the Department for Education was warned that its efforts to widen participation were ‘inadequate’ and that there were no gender based targets at all.”

Mark Dawe, chief executive of the Association of Employment and Learning Providers, pointed out that while the mean hourly rate gap between male and female apprentices is large, the “median figures are actually very close” at £7.10 and £7.06 respectively.

He agreed the gender difference could “perhaps be explained by some of the higher paid standards being male dominated, rather than differences between genders within a standard”.

Dawe said the way to address this “is to make further progress on how we inform pupils, parents and teachers about apprenticeship choices in terms of tackling gender stereotyping”.

Solutions offered to reduce the gender pay gap include combating unconscious bias, directing women to better-paid industries and reducing sexism and discrimination in the workplace.

“We are working hard to encourage women into STEM sector apprenticeships through our Fire it Up Campaign and our Apprenticeship Diversity Champions Network.”

The Institute for Apprenticeships and Technical Education announced it would trial the use of “gender-neutral” language in May 2019, after research found “masculine” words in job adverts, such as ‘ambition’, ‘challenging’ and ‘leader’, deter women from applying for science, technology, engineering and mathematics apprenticeships.

An IfATE spokesperson told FE Week: “The Institute continues to develop a long-term programme to ensure that gender-neutral language is embedded in all areas.

“The use of language across all new digital standards is now reviewed as part of the Institute’s approvals process. This will be rolled out across all standards looking ahead.”