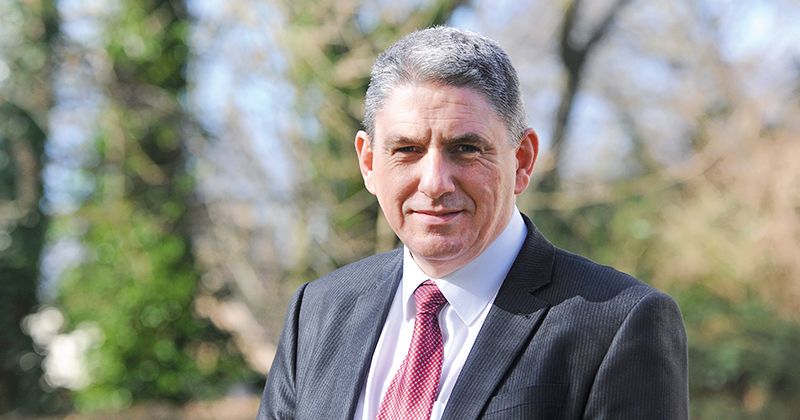 Further education is a “ticking time bomb” and more colleges will have to close campuses unless government gets serious about investment in the sector, the boss of Cornwall College has said.

John Evans made the comments in an interview with FE Week after news broke this week that his group was to sell-off its 35-year-old campus in Saltash in order to balance the books.

He said he “regrets” it, but “difficult decisions” need to be made because funding for post-16 learners in colleges has shrunk by 30 per cent over the last ten years.

“All we hear on the news is how schools are underfunded. I would swap their funding for ours tomorrow given the opportunity and yet we are expected to deliver the electricians, engineers, plumbers, farmers, etc., of the future.

“Vocational curriculum delivery is very expensive to run, compounded with health and safety limitations on group sizes in many cases.”

Evans said there is no natural route for a college to apply for capital money and therefore, many college estates are “fighting to stay fit for purpose”.

“I have seen many fantastic lessons across the country – with a bucket in the corner catching the water leaking through the roof.”

He continued: “If the government is serious about its industrial strategy, which is underpinned by skills development, then significant investment is urgently required.

“The latest response we keep hearing is that £400 million is being invested in the sector. The impact this has had on the base rate is only £188 per learner. This has made very little difference to the bottom line, with many staff in the sector not receiving a cost of living rise for many years.

“The difficult decision to close the Saltash campus is a direct result of the sector being starved of adequate funding for so long. The FE sector is a ticking time-bomb. It needs addressing urgently.”

Asked if he felt other colleges across the country would have to sell-off campuses unless funding improves, Evans said: “Yes, without a doubt.”

Last summer, Birmingham Metropolitan College (BMet) controversially closed down its campus in Stourbridge in order to pay back bank debts which in May 2019 had totalled £8.9 million. The college also owed £7.5 million to the Education and Skills Funding Agency.

The college in Stourbridge dated back over 100 years, and had a £5 million makeover in 2015.

The move was met with local opposition, including from Conservative MP Margot James. Following the news, she led a Westminster Hall debate on adult learning and vocational skills in the area.

BMet is currently in talks to sell the site to Old Swinford Hospital, a £12,000 a year state boarding school, for an undisclosed fee.