Small employers can now use the digital apprenticeship service – but they will be initially capped at just three starts each owing to ongoing affordability issues.

Updated Education and Skills Funding Agency rules, published today, revealed that the long-awaited transition to the system has begun for non-levy payers.

The move will more than double the number of providers with direct access to funding for non-levy payers, including most universities.

A dual running system will be in place until Autumn 2020, which means employers who do not pay the apprenticeship levy will be able to access training either through a provider with an existing government contract or via the apprenticeship service.

Non-levy payers are able to reserve funding for an apprenticeship in advance of recruitment or an offer of an apprenticeship being made to an existing employee, through a new mechanism called “reserve my funding”.

“This reservation ensures that employers can plan, and that funds will be available to pay for the training from the point the apprenticeship starts,” the agency’s guidance states.

But to allow the ESFA to manage this transition, and to ensure the programme overall remains affordable, it will initially only allow employers to make reservations for up to three apprenticeship starts.

Employers can also reserve funding for apprenticeship standards only, not frameworks.

“Given the current funding challenges within the levy system, this is a sensible approach,” he said.

“The good news is that providers without a contract will finally be able to access the market which means that more SMEs, especially in niche sectors and rural areas, should be able to start offering apprenticeships again.

“The chancellor in his budget now needs to back the ESFA’s efforts to move us towards a proper demand-led system for apprenticeships.”

In December 2018 projections from the Institute for Apprenticeships and Technical Education predicted the levy could be overspent by up to £1.5 billion in 2021/22.

The National Audit Office then expressed concern about the financial sustainability of the apprenticeship system, before the DfE’s top civil servant warned of “hard choices” that needed to be made. 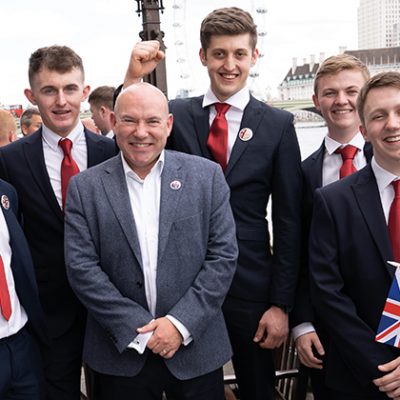