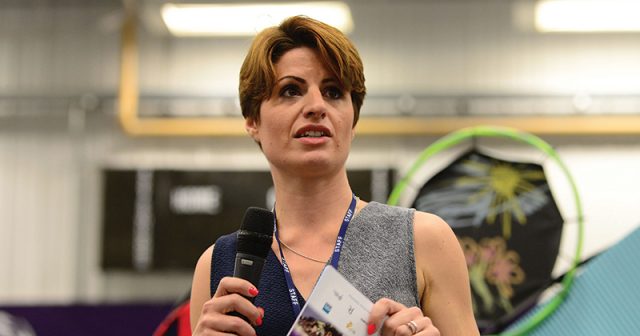 Emma Hardy is to be Labour’s new shadow FE and HE minister, with a pledge to continue “fighting” government for greater investment in the sector.

The MP for Kingston upon Hull West and Hessle and education select committee member snapped up the position after it was offered to her by shadow education secretary Angela Rayner today.

She takes on the role from Gordon Marsden, who was shadow HE and FE minister until he lost his Blackpool South seat in last month’s election.

Speaking to FE Week, Hardy said it is vital that she and Labour continues to not let government “get away with anything” while the party undergoes its current leadership election.

“The majority they’ve [the Conservatives] got means they can push through pretty much anything and the role of the opposition becomes even more important.”

She joined parliament following the 2017 general election and is a former primary school teacher and union activist.

Hardy said her experience on the education select committee has been “absolutely vital in my learning for the other areas of education”.

“I want to continue what I’ve been talking about with apprenticeships, how do you take people from being 16 years old all the way through a clear pathway to become fully qualified in a profession if you are not going to go down the A-level route.

“At the moment it doesn’t feel like is a very joint up system and I think as shadow minister for both FE and HE allows me to bridge that gap to look at how they work together.”

But her main priority for FE will be funding.

“It is no surprise I want to talk about funding – I’ve lobbied on the Raise the Rate and Love Our Colleges campaigns and that is something I will keep fighting for,” she told FE Week.

“My concern with this government, however, is with the rhetoric that is coming out, that they might be looking at increasing the FE budget by decreasing HE. I am a bit concerned as they both play a vital role and are both equally important.

“FE has to have its status raised and valued way more than it has in the past but not at the expense of HE.”

Hardy also touched on T-levels, stating that she has “many reservations” and she will continue to challenge government on their development.

“The feedback I’m getting from colleges is that they are not keen on them so it might be one of those policies that falls at the first hurdle,” she said.

On her party’s idea for a National Education Service, Hardy said it is a “fantastic” idea with principles behind it that she “buys into” – but it will be for Labour’s new leader to decide if they want to continue developing the policy.

Hardy’s first appearance at the dispatch box will be on 20 January, which “of course I am looking forward to”, she says.

Since joining parliament, Hardy has contributed to multiple Westminster Hall debates on college funding. In May 2018 she joined Hull College staff on the picket line during strike action, and she has commented in FE Week on the ongoing government investigation at the college.