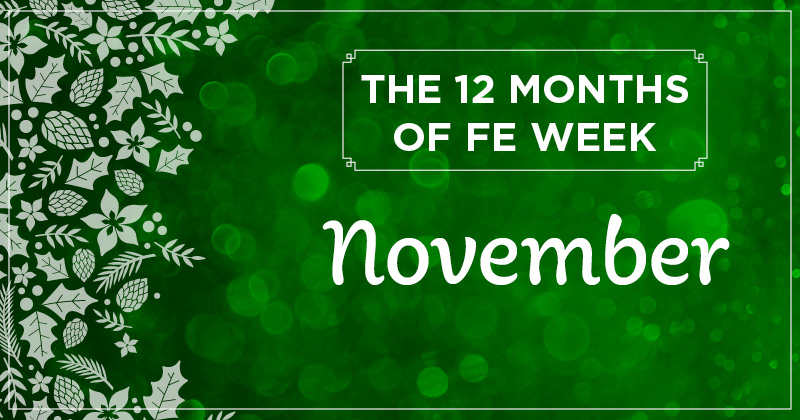 For the last 12 days of 2019 we’re running back through the previous 12 months of FE Week. Here’s what happened in November…

This month we revealed adult learners were being forced to pay back loans for courses which they had not started or were even aware they had signed up to.

One such learner, Grzegorz Bogdanski, said all the authorities involved had “washed their hands” of his case.

FE Week spoke to 12 other Southampton-based Polish building and construction workers who also claimed that they have loans due for courses they did not complete with Edudo Ltd, which later collapsed.

However, in our next edition we were able to report that Edudo’s prime contractor, West London College, had promised to pay off almost £250,000 in loans debt for the 59 victims, in our biggest win of the year.

Bogdanski said he was “so overjoyed it’s hard to describe its sensational feeling”.

Yet more good news came when Newcastle and Stafford Colleges Group received a grade one from Ofsted. Principal Karen Dobson said the ‘outstanding’ result came about because the amount of time inspectors speaking to people on campus “played to our strengths”.

The feat was all the more impressive considering the group was formed through a merger in 2017, when Newcastle College was rated ‘good’ but Stafford College was ‘inadequate’.

We then explored why colleges across the country have been entering more students for GCSE maths and English re-sits than government policy requires, and revealed that a move to campus-level Ofsted grades for college groups is back on the cards and could be introduced as soon as next September.

The Association of Colleges held their annual conference for 2019 for two days at the end of November, where six college leaders shared the “heart-wrenching” impacts of government funding cuts after speaking anonymously to FE Week.

Elsewhere, Highbury College’s principal was suspended and their chair quit “for the good of college, staff and students” following FE Commissioner intervention.

This newspaper profiled the new president of the National Union of Students Zamzam Ibrahim this month. The former vice-president of society and citizenship said “we need to do much more about access to courses” and pledged her support for a national education service with an emphasis on lifelong learning.

FE Week also investigated the growing trend of the use of therapy dogs in colleges after a dog that helped students struggling with mental-health issues won praise from Ofsted inspectors.