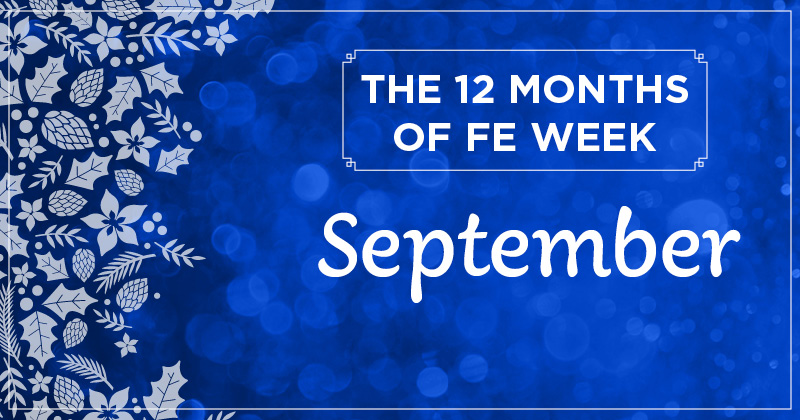 For the last 12 days of 2019 we’re running back through the previous 12 months of FE Week. Here’s what September included…

The story, which was picked up by a number of Fleet Street newspapers, reported how she had spent college money on first-class flights, five-star hotels, and lobsters and cocktails. It followed a year-long freedom of information battle.

We also revealed how Brooklands College’s future was in the balance following a £20m apprenticeship subcontracting scandal. It was told to pay the funding clawback owing to its dealings with training firm SCL Security Ltd.

The DfE then confirmed it was “carefully monitoring” an investigation into Hull College Group following allegations of nepotism and inappropriate use of funds.

In other news, the new education secretary Gavin Williamson wrote for us, saying that he was “determined to put FE centre stage”.

And Lord Agnew was given responsibilities for FE and used his first opinion piece for FE Week to warn that he would “not hesitate to step in” on college spending.

He said he was “100 per cent” committed to helping providing colleges, who he said have a responsibility to the taxpayers who fund them, with the support they need to deliver high quality education.

The first provider to be inspected under Ofsted’s new inspection framework also spilled the beans the “very different” regime. The watchdog’s focus has moved from outcomes to the “quality of education” and what is being called the three I’s: intent, implementation, and impact.

And we sat down with Simon Connell, the new chief executive of the Baker Dearing Trust, who is on a mission to change perceptions of university technical colleges, while Sam Parrett, boss of London South East Colleges, said it’s worth trying to see if the football transfer process could work in the regulated world of FE.