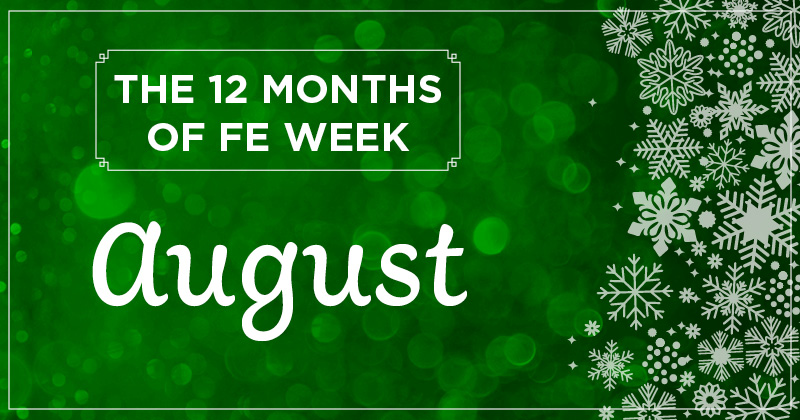 For the last 12 days of 2019 we’re running back through the previous 12 months of FE Week. Today we take a look at August…

There was no print edition this month during the summer holidays but there was no let-up for FE Week: Chancellor Sajid Javid announced a £400 million boost for 16- to 19-year-old learners, which he called “the biggest increase for a decade”.

It included £190 million to increase the base rate of funding for that age group, to £4,188. There was also £120 million to help deliver “expensive but crucial” subjects, such as engineering, in the funding package.

The funding will come into effect in 2020/21 and cover the 257 colleges in England, as well as other FE providers like school sixth forms.

We also jetted off to Russia for WorldSkills Kazan 2019 with Team UK. WorldSkills is a biennial competition that featured more than a thousand competitors from over 60 countries.

Four days of skills competitions took place at the event and the UK won two golds, one silver, one bronze and 15 medallions of excellence – for those who achieved the international standard in their chosen skill.

The medal winners got their moment of glory at the dazzling closing ceremony, which was attended by Russian president Vladimir Putin.

The WorldSkills flag was then handed over to China, marking the start of the run-up to WorldSkills 2021 in Shanghai.

The UK came in 12th place in the medal table overall, missing out on the top ten of participating countries for the first time in ten years.