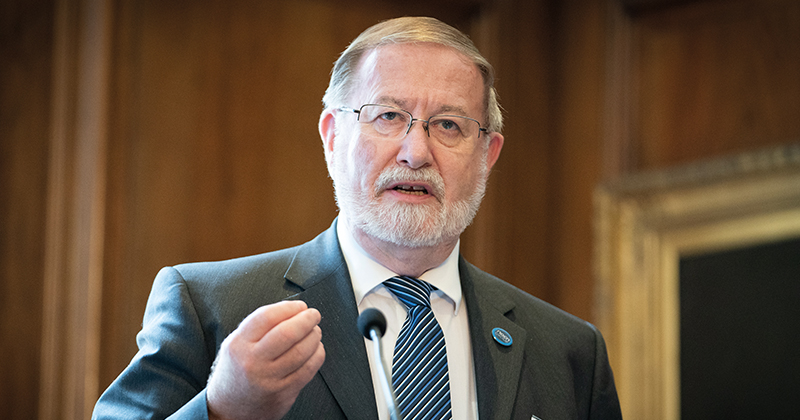 Two leading skills organisations have called for a rethink of the construction T-level curriculum ahead of the qualification’s launch next year, as they fear its current set-up is out of date.

It should be changed to include “commissioning and design” based on Design for Manufacturing and Assembly (DFMA) methodologies, which have been used in northern Europe and elsewhere for decades, according to WorldSkills UK and awarding body NOCN.

“The DFMA approach is based upon maximising the proportion of a building or infrastructure asset that is made in a controlled manufacturing environment and hence reducing the time on-site,” a new joint report explains.

It adds that this concept should, ideally, be added to the T-level construction curriculum before its launch in September 2020.

The two organisations are launching their new report ‘Seeing is Believing: Accessing the World’s Best Skills Innovations’ this morning on the first day of this year’s WorldSkills UK LIVE!, where thousands are expected to attend Birmingham’s NEC to see national skills competitions and meet employers.

Graham Hasting-Evans (pictured), chief executive of NOCN, which is a specialist in construction curriculum after taking over CITB’s assessment arm called CSkills Awards in 2017, worked with WorldSkills UK on the report after visiting the this year’s WorldSkills competition in Russia.

He told delegates at WorldSkills UK LIVE! on Thursday the “big thing” he heard in Russia was skills systems have to be agile and to change with technology, but the UK’s system is not “quick enough” or “agile enough”.

Whereas Hong Kong, which has around the same number of job types in their construction industry as the UK, were able to change their curriculum to introduce new technologies in 12 months, “nobody has a clue” how long it would take in the UK.

Hasting-Evans also said the UK has “missed the opportunity” on T-levels, and the government’s flagship qualification is “not going to prepare us for the skills we need”.

“We need to rethink the structure and curriculum of the construction T-level if we are to drive up productivity in the sector.”

He said about WorldSkills Kazan: “There was a great opportunity to enhance and adapt the learning from other countries and build upon the progress the sector has made on skills over several decades.

“We need to increase productivity by greater use of digital and artificial technologies as well as a move a greater proportion of off-manufacturing (referred to as DFMA) for new construction.”

Two other WorldSkills UK reports will be launched today, including one with the RSA and FETL, which studied best practice in four countries – Shanghai, Singapore, Russia and Switzerland – that have used skills to boost productivity and grow their economies.

The other is with the University of Oxford which focuses on “mainstreaming WorldSkills methodologies to achieve world-class standards in the FE sector”.

Dr Neil Bentley-Gockmann, chief executive of WorldSkills UK, said skills are the “most valuable national resource of all” and “we’ve got before us a once-in-a-generation opportunity to build the kind of skills systems that will teach all young people into the 2030s and beyond”.

FE Week is the official media partner of WorldSkills UK LIVE and will be bringing live coverage from the event from Thursday to Saturday.