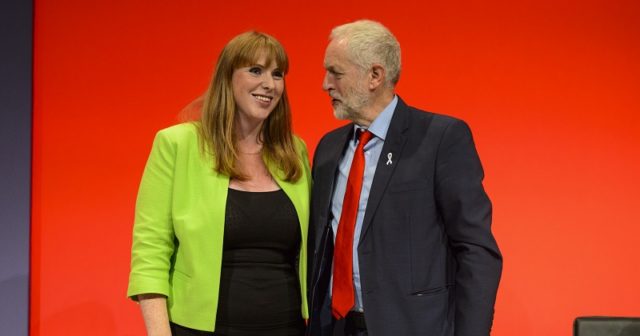 Labour’s commitment to fully funding beginner and “second-chance” short adult education courses has been questioned, after the political party left it out of their lifelong learning announcements.

In a speech in Blackpool tomorrow, shadow education secretary Angela Rayner will commit to enabling any adult without an A-level or equivalent level 3 qualification to attend college and study for them for free.

She will also announce that a Labour government would scrap university tuition fees and give every adult a free entitlement to six years of study for qualifications at level 4 to 6, a return of maintenance grants for low income adults, and a right to paid time off for education and training.

“I see education like an escalator running alongside you throughout life”

The plans, which would cost an estimated £3.17 billion annually by 2023, are based on the headline recommendations from the final report of the party’s independent Lifelong Learning Commission.

A recommendation in the report but absent from tomorrow’s announcement is that adults should have a “right upon enrolment to lifetime access to beginner and taster content, free of charge, whether at institution or system level – with public universities, colleges and other reputable providers encouraged to work together to provide these opportunities”.

Labour told FE Week this recommendation, along with all others in the report, hasn’t been dropped. A spokesperson insisted the party is continuing to work on incorporating them into its National Education Service, which will provide “cradle-to-grave learning that is free at the point of use”.

But it is unclear whether the proposal will be a manifesto commitment in this year’s general election.

Sue Pember, former director of FE at the Department for Education and now director of policy at adult education network HOLEX, said she welcomes Labour’s commitment to lifelong learning and is “looking forward to reading their ideas on supporting the forgotten 30 per cent who have poor basic skills and no level 2 qualifications”.

@GordonMarsden what about those who need basic skills and support to get their first level 2. Your table on page 65 has forgotten about the 20% of the population who need your support the most @LabourList @DavidLammy #speakup4adulted https://t.co/N0a3nCcTPH

Geoff Barton, general secretary of the Association of School and College Leaders, said Labour’s proposals “are ambitious and involve a significant increase in spending”.

“Given the scale of what Labour is proposing, it is unlikely that it would be able to achieve all these objectives immediately, and it needs to be clear about its priorities,” he added.

Currently, only those aged 19 to 23 have their first full level 2 and 3 qualification fully funded. Labour would bring back full funding, at all ages, for both levels, as was recommended by Philip Augar’s review of post-18 education and funding.

As previously announced, Labour would also bring back EMA for sixth form students.

The party said new research it plans to release tomorrow shows that the number of adults achieving qualification in basic skills has plummeted over the last decade.

And the number of adults currently learning is at its lowest point since 1996, as revealed by the Learning and Work Institute in September.

Labour said it is pledging to put vocational education on a par with university degrees and deliver a “radical expansion” of lifelong learning to make sure “no one is shut out of education.”

Taking inspiration from Robert Halfon’s “ladder of opportunity” phrase, Jeremy Corbyn, leader of the Labour Party, will say that he sees education “like an escalator running alongside you throughout life, that you can get on and off whenever you want”.

“That’s what Labour’s National Education Service will offer people – free education, as a right for all,” he will add.

“I’d rather give a break to the worker who wants to learn, than a tax break to the billionaire who wants for nothing. That’s the difference between Labour and the Conservatives.”

Labour has not said how it will fund these proposals, but the lifelong learning commission recommended the party should “review the effectiveness of the current corporation tax relief in leveraging skills investment, and consider how tax relief might be extended to smaller employers – for example through research and development tax credits”.