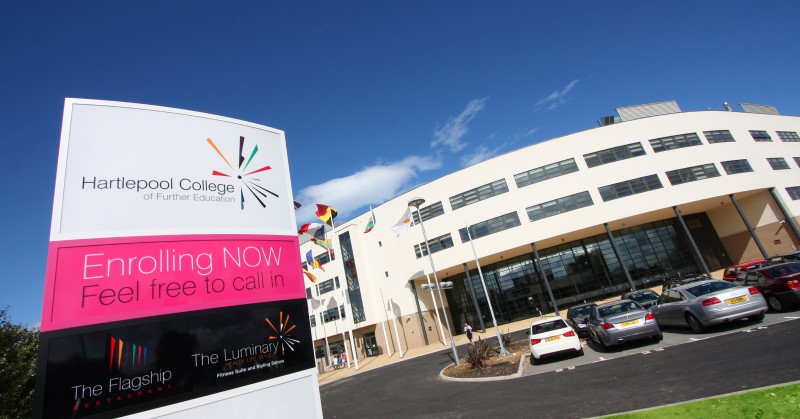 There are “significant concerns” about Hartlepool College of Further Education’s financial sustainability, according to one of three FE Commissioner reports published today.

Richard Atkins’ team’s intervention into the college reveals “financial uncertainties put the student experience and opportunities for learners at risk”.

Hartlepool has generated an operating deficit for the past two financial years and its total borrowing costs as a percentage of income is 57 per cent.

It has also broken a loan covenant with a bank, that has not been resolved; the report says the college must push for the process to be finished so it can find out the future terms of the loan.

Hartlepool entered formal intervention in April, after it told the ESFA last October it would have inadequate financial health for the 2018 financial year; it was issued with a financial health notice to improve at that time.

As such, the commissioner will be consulting with local authorities about a Local Provision Review for the Tees Valley and Durham area.

A letter from minister for the FE market Lord Agnew to chair Aidan Mullan, which accompanied the report, said there was an “urgent need to take swift actions in order to address the significant financial challenges facing the college”.

“It is imperative,” Agnew wrote, that a future strategy is quickly developed to get the grade two college a grade one from Ofsted and “achieve financial recovery at pace”.

When the team intervened in June, they found that aside from the financial issues, there was “an urgent need” for the board to replace both its chair and multiple governors.

This is because most independent members have served longer than the five to 10 years that is considered good practice, and the chair has already served the 12 years which is considered proper.

The governor recruitment practice, the report reads, needs to address a lack of experience in the FE sector.

Problems were also found in how the college composes board minutes, which are long with up to 15 to 20 agenda items and extensive subheadings, so “it is not clear how so many items could be discussed with any value within the meeting duration,” said the commissioner’s team.

It is also “unclear” how much challenge there is between the chair and principal Darren Hankey, who have a “close working relationship”.

However, the report also records that staff speak very highly of Hankey and his team, and there have been positive changes: such as a new assistant principal who has worked “relentlessly” to understand the curriculum; and a reduction in the number of schools to enable more cross-curriculum activity.

The college is also on track to deliver a surplus this year based on management accounts, and the college’s financial health is predicted to be ‘good’ into next year.

The report continues: “Although cash has reduced in the last two years, there is no immediate risk as the college still have good cash balances.

“This has enabled them to withstand the impact of the operating deficits and the high levels of debt servicing.”

But it warns: “This is not sustainable in the longer term.”

Among the report’s recommendations, including the prospect of a local provision review, was advice to commission an independent review of governance practices and processes, supported by a National Leader of Governance; and the college and bank should work to resolve the covenant issue.

The commissioner will also be carrying out a stocktake visit of the college this month.

Hankey said: “Governors and leaders at all levels of the college remain focused on improving the college’s finances whilst maintaining high standards for all learners.

“Pleasingly, the financial performance of the college for 2018/19 is much improved and, subject to final ratification, will see the college achieve a ‘good’ ESFA rating.

“In addition, the college has increased its overall achievement rate by just over 4 percentage points.  Progress is also being made against all of the FE Commissioner team’s recommendations.”