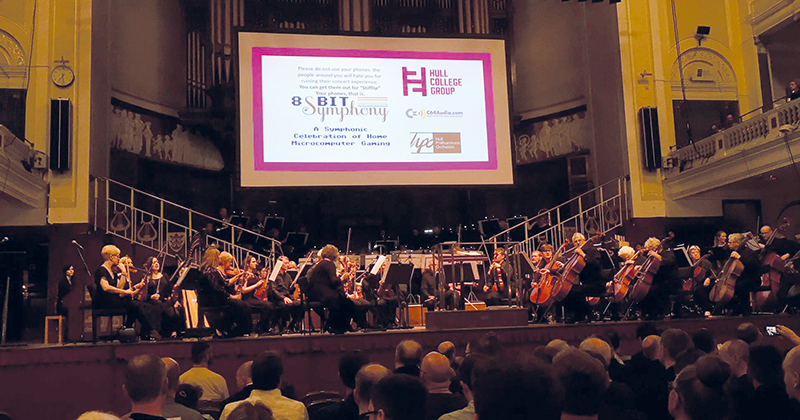 The husband of the chief executive at a college surviving on bailout funding used the marketing budget to hire the 80-piece Hull Philharmonic Orchestra to play computer-game music, FE Week can reveal.

As previously reported, Hull College Group has launched an independent investigation into allegations of nepotism and misuse of funding and its boss, Michelle Swithenbank, has since gone on leave.

The spending has been described as “concerning” by the college’s local MP, Emma Hardy, who is also a member of the education select committee. 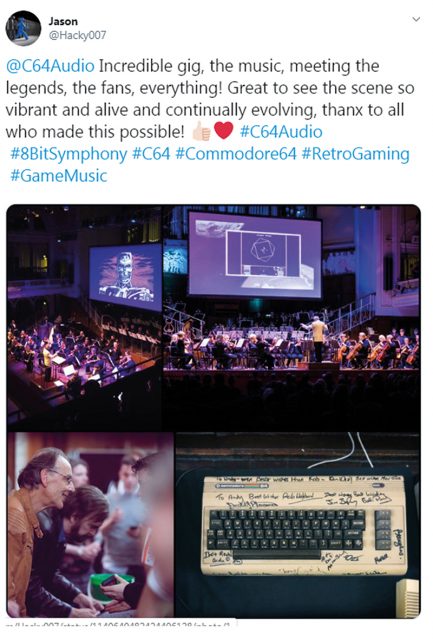 Tweet from an attendee of the concert, funded by the college, on 15 June 2019

The college funds now under scrutiny were spent or committed to by Graham Raddings when in charge of the college marketing budget between January and August 2018.

Raddings, partner and now husband to Swithenbank, claims on his LinkedIn profile to be a “games designer” and an “8 bit [computer game music] enthusiast with entrepreneurial spirit”.

He was appointed to the college as executive director of marketing and innovation in January 2018, around the time the college had received a £42 million bailout from the government as part of a Fresh Start process.

Before Raddings left the college in August 2018, the college partnered with 8-Bit Symphony to run their first ever music event on June 15, 2019.

The college spent more than £10,000 to hire the Hull Philharmonic Orchestra and Hull City Hall, according to the contract, with Hull Culture and Leisure Ltd acting as an agent for Hull City Council.

8-Bit Symphony was founded by Chris Abbott, who runs a business called C64Audio. According to Abbott’s website the two other founders were Damian Manning and Graham Raddings.

Supporting the claim that Raddings was Abbott’s business partner, FE Week has also obtained emails from Raddings sent to college staff many months after he had left, leading the event arrangements on behalf of 8-Bit Symphony.

Despite this, Abbott told FE Week that he “approached the college to see if they wanted to support the very first event” and that Raddings was only “a point of contact at the college” and “Graham’s name is an error on the website, and this is currently being corrected”.

A spokesperson for Hull College Group said: “The board were made aware of the event happening in June 2017, and considered there was no conflict of interest.

“As with any business the event had clear objectives and budget allocation. Michelle Swithenbank’s involvement with the event was to support and promote where appropriate.”

An email from Raddings’ personal Hotmail account to a college employee on February 20, 2019 concerning the “8 bit VIP event”, with Abbott copied in, asks “what do you need from us to ensure we can get things sorted?”. 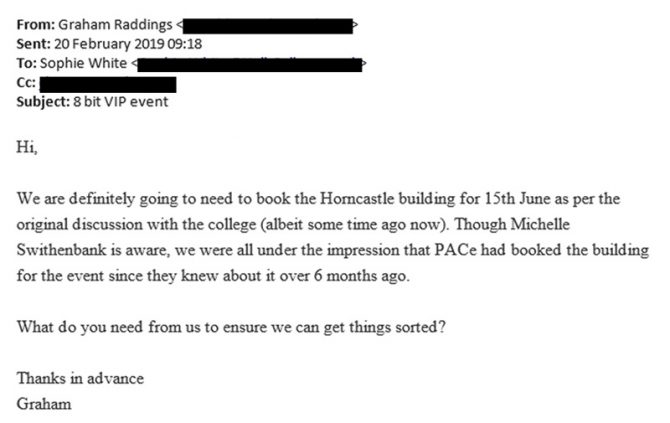 The following day, Swithenbank responds to the “8 bit VIP event” email by sending it to the vice principal, marketing staff, the PR agency Pace Communications and copying in Raddings, to say: “Hi all. We don’t need the theatre we need the restaurant and the main building. This has been going on since August, how are we not up to speed with things? This is a Very important event on 15th June which is a Saturday. I thought it had all been coordinated and sorted?”

Abbott said C64Audio “paid for the food and drink and also paid for all of our VIP tickets”…“received no payments from the college” and is still in the process of registering 8-Bit Symphony as a charity.

According to tweets from college staff at the time, the VIP event held on the college premises included 38 bottles of champagne, 46 bottles of wine and more than 1,000 canapés.

Of the VIP event, a spokesperson for Hull College Group said: “The event was not for guests of the principal’s husband. Prosecco and canapés were served as agreed in the hospitality brief to the client, C64Audio.”

They added that the students “gained valuable voluntary work experience which has enhanced their skills for their study programme”.

In the meantime, Abbott has used the publicity from the 8-Bit Symphony event to raise close to £70,000 for a Kickstarter campaign to produce a CD and told FE Week he plans to run similar events “with other organisations across the globe”.

During his time at the college, Raddings also used the marketing budget to pay for the development of a free computer game called Go Go Dash, which remains available on the iTunes store.

The college has refused to reveal how much was spent, but FE Week understands it was in excess of £30,000. The developer chosen was a former colleague of Raddings, Adam Carmichael, a lecturer at Grimsby Institute and the sole director of Microwave Games Ltd.

The college confirmed it also paid Rob Hubbard, the composer behind the 8-Bit Symphony, to compose the music for the game. 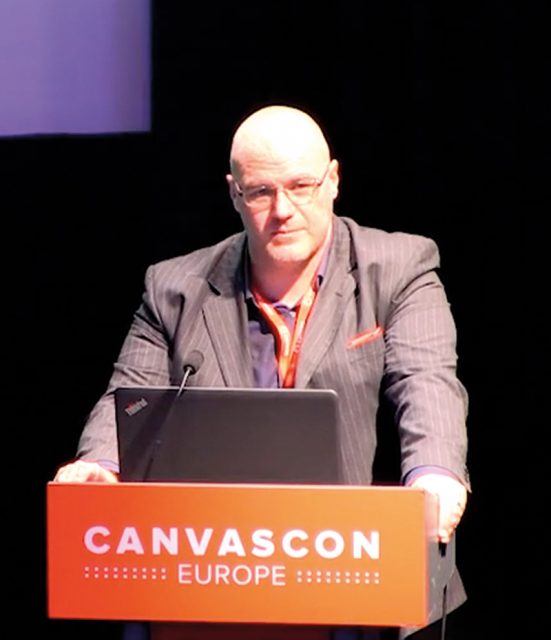 According to the press release written by the PR agency Pace Communications: “Hull College principal and CEO, Michelle Swithenbank, said: ‘The game is a lot of fun and is an innovative way to showcase the opportunities we offer for learners who are interested in working in the city’s growing digital sector. By involving Rob Hubbard, we also hope to inspire our learners to also go on and achieve great things’.”

In addition to the cost of creating the free game and use of the PR firm, the marketing budget was also used to create a “gaming zone” at the college to launch the app, as well as advertising the game around Hull on a digital screen on the side of a van.

College minutes for May 2019 describe another app in which “the finance director confirmed that the app is being developed and progress would be reported at the next meeting”.

When FE Week first asked the college about this app a spokesperson said: “The smartphone app is a new proposal and still under consideration and planning. It is not linked to Go-Go-Dash”.

The college has refused to provide any details about this app, understood to have a £50,000 budget, and has since said: “After initial consideration of an app, the college decided not to pursue the idea.”

Another new area of spending that is being looked into as part of the investigation is animated video adverts based on computer game graphics that were screened at cinemas.

Before leaving the college, Raddings employed a sole trader, Dave Shepherd, trading as 3D Facility, to undertake what he describes on his website as the “concept development, design and production”.

Shepherd confirmed to FE Week that he is a sole trader working from his home in Hull and with other freelance game designers, but did not respond to further requests for comment.

Raddings was also behind a tender for a PR Agency, understood to have initially been for £90,000 to support the college with internal communications and reputation management as part of the Fresh Start.

The tender process was won by Pace Communications, and the company founder and owner, Anita Pace, has confirmed the contract included her attendance at staff and board meetings at a rate of £85 per hour.

It is understood that before the contract was terminated in early 2019, the budget had been significantly overspent.

In August 2018, Steven Yardley, at the time the college’s vice principal corporate and commercial, spent the afternoon on a 43-foot luxury yacht as a client of Pace Communications. 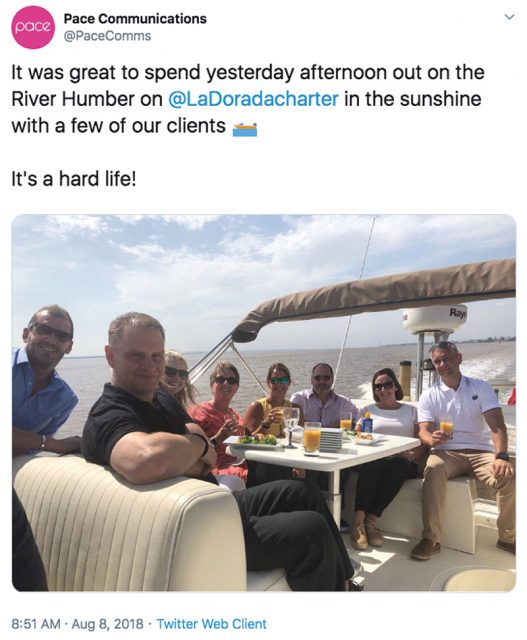 Steven Yardley (second to the left), at the time the college’s vice principal corporate and commercial

When asked if Pace knew Raddings from the time when they both worked for KCOM, a spokesperson for Pace Communications said: “We would not comment on our work with any of our clients, past or present.”

Raddings did not respond to the question of whether he knew Pace prior to the tender process.

When asked about the details of the spending, Raddings told FE Week: “I categorically and strongly deny any and all allegations of implied or actual financial wrongdoing, budgetary impropriety and any and all inference, direct or otherwise, that my involvement with any of the projects, contractors and suppliers that fell under the remit of my role as executive director of marketing and innovation or my time working at Hull College Group were in any way improper, or have brought the financial position or public perception of Hull College Group into any kind of disrepute.”

The college’s local MP, Emma Hardy, said: “I am pleased that the investigation is looking into this. I am concerned by the evidence that has been presented so far, especially as we know FE colleges are in a dire financial situation and every penny should be used to improve the education for learners.

“It is important to recognise the difficult journey the college has been on and there have been huge improvements. So I welcome this investigation and look forward to a speedy resolution so the college can continue to move forward.”

Michelle Swithenbank told FE Week: “I welcome the investigation and look forward to the outcome.”

FE Week reported the Stone King lawyer appointed to the ‘independent’ investigation had for many years been the college’s lawyer, which raised questions over potential conflict of interest.

Since then, the college has moved the work to the law firm Eversheds. A spokesperson for Hull College Group said: “It is in the interests of all parties for the investigation into these whistleblowing allegations to be carried out swiftly and thoroughly.

“As soon as the allegations came to light, Hull College instructed its lawyers Stone King – who are highly regarded in the sector and by the ESFA – to investigate the matter using its HR investigatory team.

“The corporation will then be in a position to fully consider and address any issues which may arise from it.”