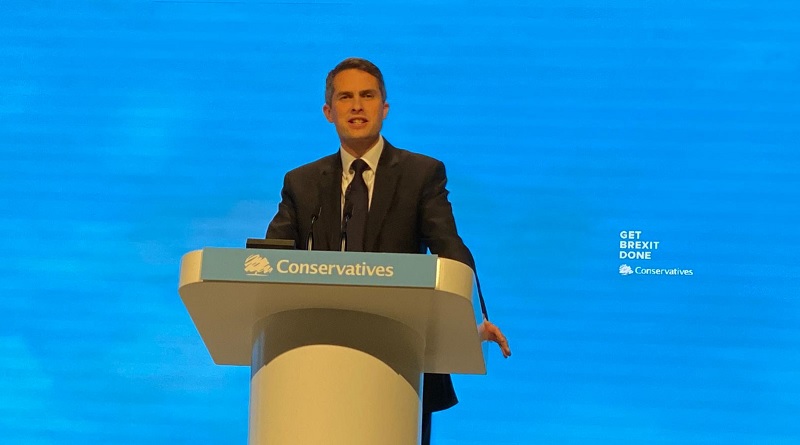 While promising to deliver a “revolution” in technical education and pledging to overtake Germany in this area over the next decade, he also unveiled a £120 million boost to open up another eight Institutes of Technology, as well as plans for an expert skills and productivity board.

Leaders from the FE and wider education sector have shared their mixed thoughts on his performance.

“The government’s announcements are a welcome start, but there is so much more to do”

David Hughes, the chief executive of the Association of Colleges, said it was “very encouraging to the see the secretary of state today back up his strong support for colleges with more investment”.

“His speech reinforces the prime minister and chancellor’s commitment to technical and vocational education,” he added. “The second funding announcement in as many months shows the tide, rightly, is changing.

“Colleges have the knowledge, teaching staff and initiative to deliver the ‘revolution in technical education’ Williamson described so passionately.”

Mark Dawe, the chief executive of the Association of Employment and Learning Providers, said his organisation takes “real encouragement from the secretary of state wanting to take a good look at the productivity gains from skills programmes”.

“We’re confident that his group of economists will give him the information he needs about the value of apprenticeships in this respect and why more investment in SME apprenticeships is necessary,” he added.

Chief executive of the Sixth Form Colleges Association, Bill Watkin, welcomed the “government’s commitment to the FE sector and the secretary of state’s explicit commitment to both technical and vocational education”.

Matthew Fell, chief UK policy director at the Confederation of British Industry, said: “The CBI has been calling for investment and reform of our skills system to be put centre stage. The education secretary is right to make colleges and further education a top priority.

“What would ‘overtaking Germany in technical education’ even look like?”

“Today’s announcement, coming hot on the heels of further funding announced in the Spending Review, shows the government is rising to the challenge.”

Stephen Evans, chief executive of the Learning and Work Institute, said it was “good to see” Williamson’s “personal commitment to FE translating into funding and action”.

However, “our research shows improvements in skills have stalled over the last decade with the UK poised to fall further down the international league tables by 2030”.

“We can only improve relative to Germany and other countries with significant and sustained investment alongside a clear lifelong learning strategy – we argued for ten year plan with a £1.9 billion per year boost to adult learning,” Evans added.

“The government’s announcements are a welcome start, but there is so much more to do.”

Sue Pember, former director of FE at the Department for Education and now director of policy at adult education network HOLEX, welcomed Williamson’s “optimism and ambition” but warned that “without better financial support for students, this ambition will not be met”.

“The secretary of state could make immediate changes now and that would help, for example, removing the existing cap on FE post-19 loans and allowing FE students to have access to maintenance loans,” she added.

“The other area that needs immediate action is the progression route into higher level skills – a continuous level two platform in all vocational subjects is needed now – without that rung on the ladder 30 per cent of our young people and adults are barred from taking part.”

“Warm words and a pledge to match Germany are something of a rite of passage for any new minister, but what we desperately needs is proper funding and support,” he added.

Kevin Courtney, joint general secretary of the National Education Union, echoed similar thoughts: “The ambition for Britain to offer better technical education than Germany in ten years’ time will come to nothing if more funding is not found.”

“The second funding announcement in as many months shows the tide, rightly, is changing.”

“Germany has a completely different economy and an entirely different structural relationship between training institutions and employers. It shows such little understanding of the issues I don’t even know where to start.”

And Tom Richmond, adviser to former skills minister Matt Hancock and founder and director of think-tank EDSK, told FE Week: “Gavin Williamson’s ambition is certainly eye catching. The obvious question is how will his plan be measured?

“The three million apprenticeship starts target was easy to measure and well intentioned, but it was ultimately a disastrous approach that has reduced the quality and credibility of apprenticeships instead of enhancing it.

“Unless this new approach is carefully designed and delivered, ministers could yet again fall into a similar trap.”