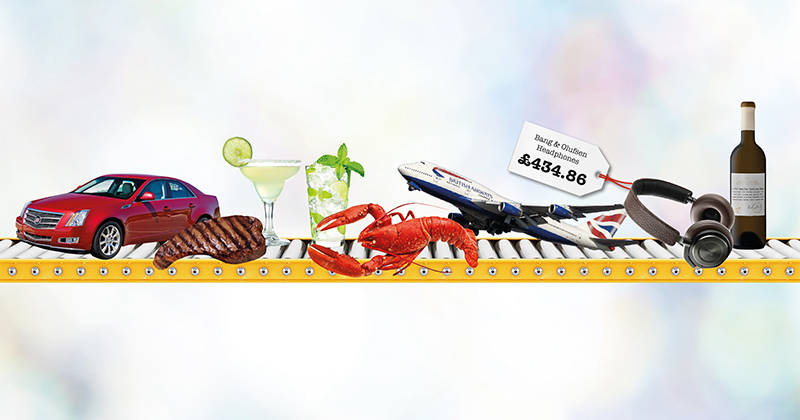 On Friday Highbury College, to avoid being in contempt of court and having to pay a fine, finally emailed FE Week the corporate card expenses for their principal, Stella Mbubaegbu.

The college then defended it all, including: the cocktail fuelled lobster dinner for four at a Michelin Star restaurant in London; the $56 bottle of wine and $50 steak dinner for six in Orlando; the Cadillac and executive taxis; the $528 headphones from an Apple store in Washington; the stays in five star hotels with room service; first class rail and flights and as if in a two fingers up to the rest of us, buying a book called Check The Ego: Operate with a high degree of humility by admitting mistakes and taking responsibility.

They college board has, according to their minutes from the meeting in May, now told Stella she needs to be “more visible within the college”. I think she needs to apologise to the sector she has tarnished, pay back from her own pocket any spend deemed by the FE Commissioner to be inappropriate or lavish. And far from being in the college more, she should then resign, without taking a penny of severance pay.

Speaking at a conference in South Africa in 2017 Stella is reported on twitter at the time (see below) to have been talking about funding challenges at colleges and said “we don’t have any money, now we have to think”.

Over to you Stella… 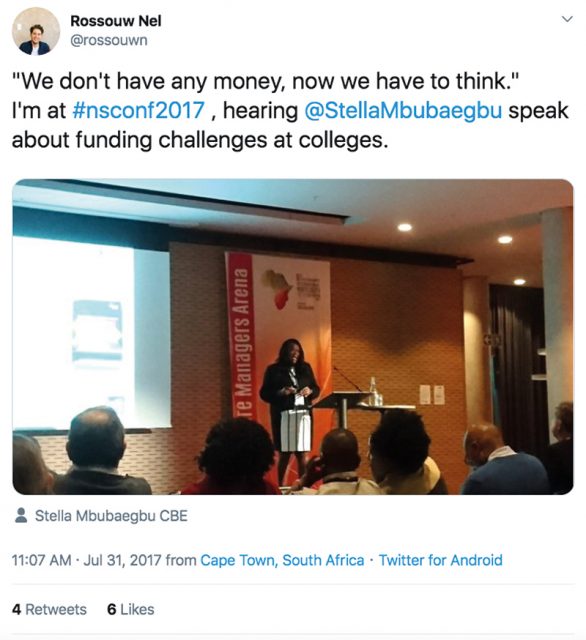