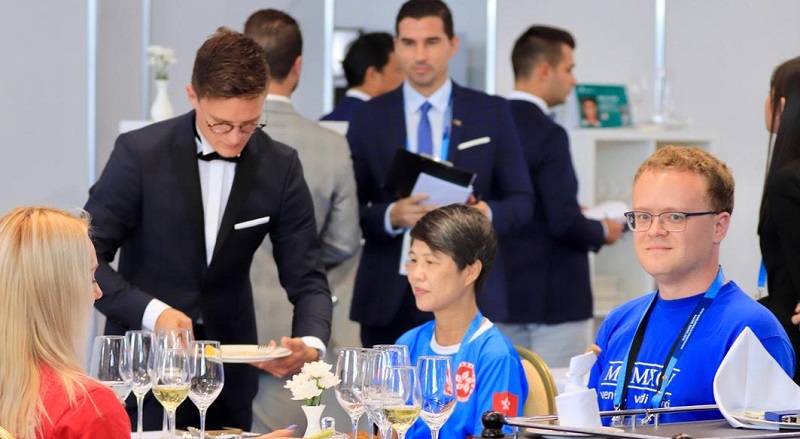 For someone whose idea of fine dining is eating pasta at the kitchen table, rather than in bed in front of the telly, I was a little sceptical of it and wondered whether I would enjoy all the pomp and ceremony.

Nevertheless, I kept my reservation at the restaurant service competition area for 11am, from when I would be served a four-course meal.

My apprehension was not lessened when, on approach, I saw the competitors crafting elaborate shapes out of napkins – which would be unravelled as soon as we sat down.

Fine dining is one of the areas of the restaurant service competition, which also includes coffee and bar service; Team UK is being represented in the competition by Collette Gorvette of Gell College. 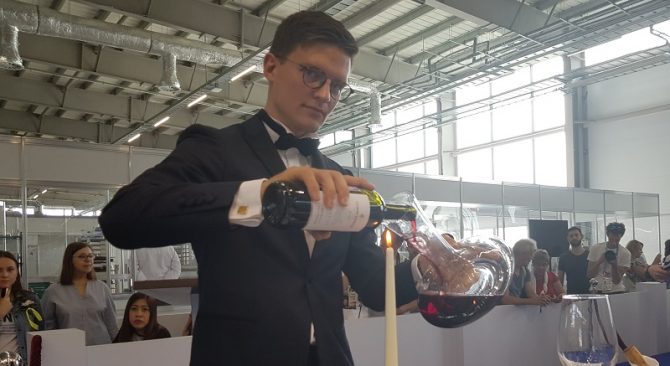 Having arrived at the fine dining area, myself and the other three diners on my table were escorted to it by our server, French competitor Louis Cozette.

He first brought us bread and served some water, and then the Gewürztraminer wine for our salmon and caviar apperitif.

The apperitif was served on a teaspoon, and was followed by a shrimp cocktail for first course, a Russian okroshka soup for second course, a beef stroganoff with a cabernet sauvignon for third, and a cheese board teamed with port for the fourth and final course. 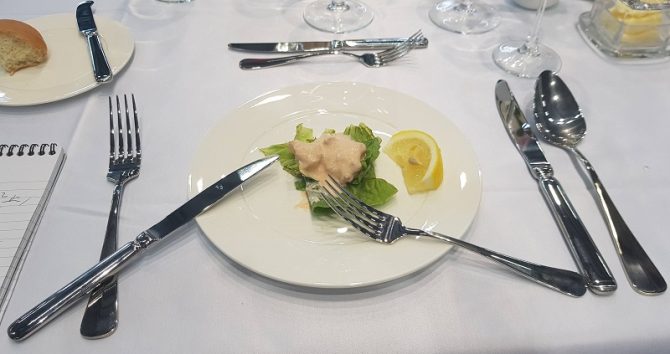 All of the meals, meanwhile, were prepared by Louis next to the table and were to die for.

While I do not think I’m going to be giving up my own approach to fine dining, I am much closer to becoming a convert to Louis’ way than I was before. 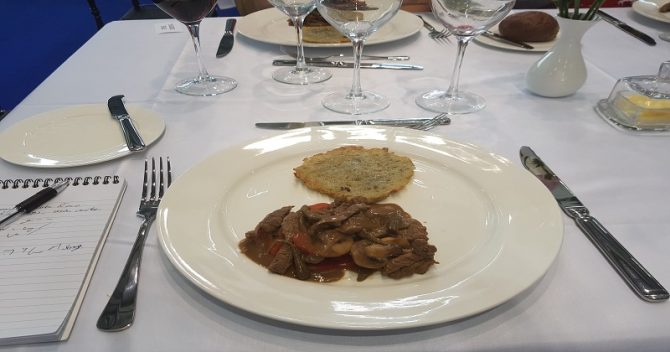 And it is my immense disappointment as a Team UK supporter to report… that Louis was very good.

Attentive, helpful and informative, he kept everyone’s glass topped up, he answered my question about why he twice distilled the cabernet sauvignon (it’s basically to artificially age the wine), and did not wait until my mouth was full of food to ask if I was enjoying my meal.

However, it’s not me he needs to impress, it’s the experts, who were checking every detail. 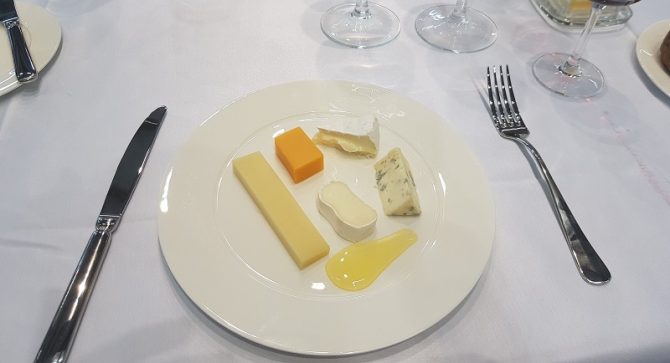 They even tested the temperature of the plates Louis was serving us food on, and corrected him when he tried to serve us a selection of cheeses rather than the full board.

As good as Louis was though, we’ll still be backing Collette all the way.

That’s because FE Week is proud to be the official media partner for WorldSkills UK and Team UK.

FE Week will bring you all the latest developments in the lead up to WorldSkills 2019 and will be onsite in Kazan to bring rolling coverage of Team UK’s progress.To find out more about the what, when and why of WorldSkills, read our handy guide.

Pictured: Fraser Whieldon on the right.