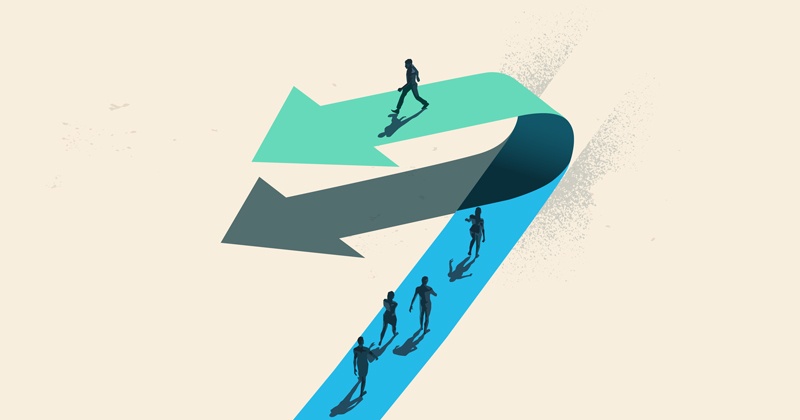 The new education secretary has his work cut out. Additional funding for skills and apprenticeships must also be met with reform. The skills funding system is the place to start, says Lawrence Barton

Assigning direct responsibility for skills and apprenticeships to the education secretary was certainly unexpected. If it does lead to a genuine prioritising of the brief in Government then the move should be welcomed. The fear, however, is that Williamson’s portfolio, even with the support of Kemi Badenoch, becomes so unwieldy that skills ends up being neglected.

And be under no illusion – the challenges the education secretary faces are significant. The pledge to invest more in further education is encouraging, but money alone is not enough if we are to see the genuine transformation of skills and apprenticeships the UK workforce needs.

Funding needs to be met with real reform and the skills funding system is a good place to start. The adult education budget (AEB) funding allocation system is antiquated, overly complex and prevents money getting to where it’s needed.

The funding allocation figures recently published by the ESFA illustrate this point. Despite being deemed by Ofsted as being in a state of required improvement, Newcastle College Group (NCG), Birmingham Metropolitan College, and Barnet and Southgate College have ranked among the largest recipients of automatically allocated AEB funding. Collectively, they received over £5 million. Moulton College, rated by Ofsted as ‘inadequate’ in consecutive years received over £1 million.

The list is littered with colleges judged by Ofsted as having significant shortcomings, and yet still find themselves in the privileged position of receiving automatic funding each year. Independent training providers (ITPs) meanwhile, irrespective of the quality of their training provision, are excluded.

The funding list demonstrates one aspect of the inequity between colleges and training providers, but the imbalance extends elsewhere. As Ian Ross wrote here recently, irrespective of any automatic allocations, colleges and local authorities can still bid against training providers for additional funding through open procurement.

As well as stifling competition, the heavy emphasis towards colleges creates a bottleneck in funding. Each year money fails to get to where it’s needed. As FE Week’s analysis has shown, procured college funding frequently results in persistent underspends, which often occur despite approaches by independent providers to sub-contract training during the academic year. Instead, poor monitoring of enrolments and drawdowns mean colleges often only recognise their underspend when it’s too late. The nature of the current system means there is little incentive to improve their monitoring.

In the past, effective relationship managers at the then Local Skills Council (LSC) could provide some respite through their understanding of local allocation and demand and so would be better placed to keep the cogs of the system turning. Significant staff cuts at its reincarnation – first as the SFA and now as the ESFA – mean this is no longer the case.

Add to this the reduction in growth request opportunities training providers are able to submit to the ESFA and you’re left with a system that is uncompetitive, breeds complacency among poor performing colleges, restricts the ability of successful training providers to grow and stifles learner outcomes.

The situation is made more frustrating because effective solutions are achievable. Rather than precluding those FE colleges in receipt of automatic funding from tendering for procurement funding as some have suggested (and thus stifling competition further). Instead, the government should allow independent training providers in good financial health, with turnover above a certain threshold, and with a consistent Ofsted rating of ‘good’ or ‘outstanding’ to qualify for automatic funding. Smaller providers meeting financial and quality criteria, meanwhile, should have the opportunity to form regional consortia with other providers to receive automatic funding.

Running in parallel – and like the requirements imposed on independent training providers currently – those colleges who consistently fail to achieve satisfactory Ofsted ratings of ‘good’ or ‘outstanding’ over two consecutive inspections should have their automatic AEB allocations reduced.

Only by simplifying the funding system, introducing effective competition and bolstering the provider liaison resources of the ESFA can we drive up standards for the betterment of both providers and learners.