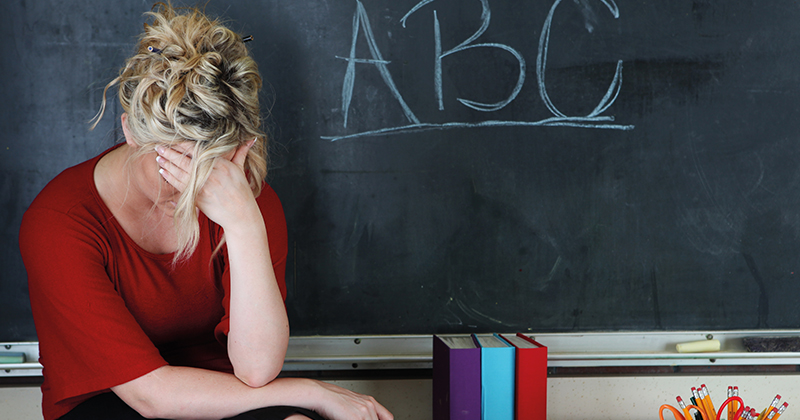 The percentage of colleges employing over half of their teaching staff on casual contracts has tripled to 29 per cent, according to a new report.

The University and College Union sent a freedom of information (FOI) request to all colleges and surveyed 789 staff working in colleges, adult education and prison education, which revealed many are having to rely on food banks and second jobs to get by.

And over two-thirds of respondents (71 per cent) to the survey said they believed their mental health had been damaged by working on casual contracts and almost half (45 per cent) said it had impacted on their physical health.

The UCU’s head of further education Andrew Harden called the findings “damning” and said it lifted the lid on how staff without secure contracts are “struggling to make ends meet”, despite holding down multiple jobs.

Casual contracts can be fixed-term, which normally last for one year; zero-hours contracts, which do not offer a minimum number of hours; hourly paid contracts, which offer some hours; or staff can be employed through an agency.

What makes them so damaging, as reported by one survey respondent, is that if classes are cancelled, lecturers on casual contracts are not paid.

The unnamed respondent had to resort to a food bank after being told their classes had been cancelled, and has in the past had to live on cereal, crackers and water, “if I am lucky”.

They added: “Having enough money to buy substantial and healthy food once the bills are paid is sometimes near impossible.”

Over half said they had trouble paying their bills.

FE Week spoke to a lecturer at City College Norwich, Nicola Gibson (see story below), who said she was working an extra two jobs, and has earned as little as £600 a month at one point.

While she receives £5 holiday pay every hour she works, benefits like that are not the same for everyone, with one respondent reporting they had to return to work “too early” after being off sick with cancer, because: “I wasn’t receiving sick pay, plus I had the constant worry someone else would be given my hours.”

Teachers’ health has also been affected, with one saying they had felt “suicidal” and developed “a type of epilepsy, which may well have been linked to the stress of losing teaching hours”.

The extent of casual contracts among FE teachers creates another problem, as Harden explains: “None of this is good for staff, but it is also extremely damaging for students, as teachers’ working conditions are their learning conditions.”

Nobody should have to use foodbanks, or worry about how they are going to pay their bills

Additionally, 84 per cent said they had considered leaving the profession; with one newly qualified teacher saying they are already looking for work outside the sector.

Asked why colleges employ staff on casual contracts, Kirsti Lord, deputy chief executive at the Association of Colleges, said: “Nobody should have to use foodbanks, or worry about how they are going to pay their bills.

“We are working with UCU and others to make clear to government that ‘the end of austerity’ must also apply to colleges.”

The UCU has recommended a number of ways to improve the security of lecturers’ employment, which includes Ofsted inspecting for any negative impact on quality of provision as a result of instability in teaching teams caused by casual contracting.

When asked if the inspectorate would consider doing this, a spokesperson said inspectors will take into account evidence of effective staff management when writing their reports “to ensure the delivery of good-quality education”.

A college lecturer on a casual contract says she has had to live off £600 a month, and has not been on holiday in four years.

Creative arts teacher Nicola Gibson has worked at City College Norwich for ten years, and has joined hundreds of college teachers in speaking out against their fixed-hours and zero-hours contracts. 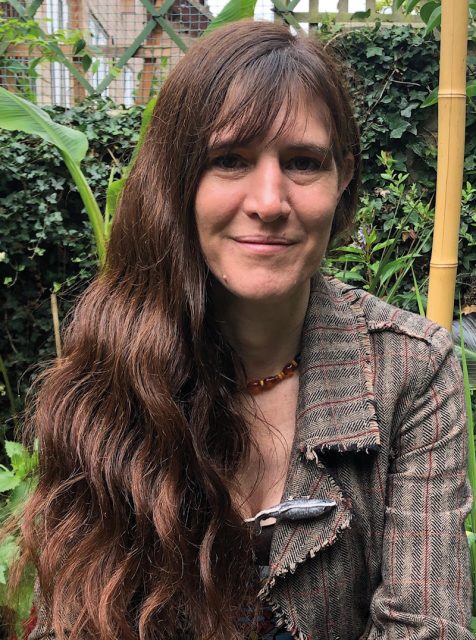 Hers is a permanent, variable-hours contract, but there is no guarantee of a minimum amount of work, and as it is not a fixed-hours contract, the college was not obliged to employ her after four years.

She said: “You never know how much money you have coming in.

She is paid an hourly rate of £25 an hour, which includes £5 in holiday pay; but if she works fewer than 450 hours a year, she has less than a week to work out her hours and submit a claim to be paid the same month.

Her situation has meant Nicola has not been on holiday in four years, since a relative gifted her one.

She finds it “galling” when there are people working in the same office as her at the college, doing exactly the same job on a permanent contract and living a more regular lifestyle.

Much like teachers on secure permanent contracts, Nicola is having to prepare for lessons, teach them, and care for her ten-year-old daughter.

This is in addition to her other jobs: running freelance craft lessons and working at a technical college.

But she is determined her mental health will not suffer because of the way she works. “I think it’s very important to compartmentalise these aspects of your life because I don’t want to become a victim of this system in that sense: someone who is miserable and downtrodden and hard-done-by.

Nicola really enjoys her work, and believes she is privileged to work with the students, but says she doesn’t feel she can bring them her best and be recognised for it.

She has considered leaving the profession, as she wants to be a “grown-up”, which she doesn’t feel she can be because of the nature of her job.

She describes her situation as like that of a student, scraping to make ends meet.

“I feel very un-grown-up as somebody who is theoretically in a professional job, and with my qualifications and is hardworking and dedicated.”

Asked what she would do to improve the conditions for casual workers in colleges, Nicola says the work is OK in the short-term but people ought to be offered an ongoing role after several years.

She said it was important that people spoke out about their experiences of casual contracts. However, she understands why people did not want to speak out as, in a chilling reminder of the insecurity of these contracts, she admitted it “was very easy to not have a contract at all”.

A City College Norwich spokesperson said its use of casual or supply contracts is “minimal and are only used in emergency situations to cover short periods of unexpected absences, such as sickness”.

She added that the college is currently “reviewing the way in which permanent sessional staff are paid to minimise the impact of any changes to delivery hours that can occur each year as course requirements evolve”.