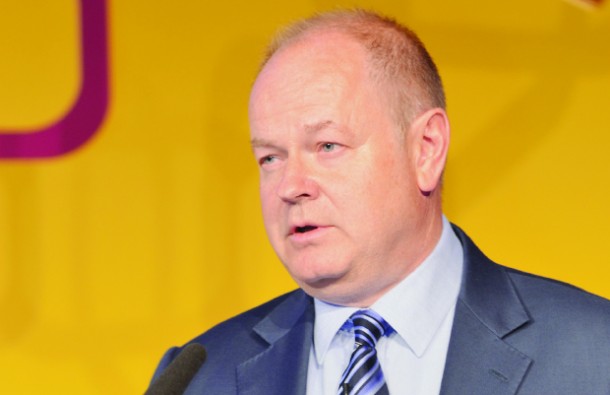 T-levels policy is the latest example of “institutional bias” from the Department for Education that “ignores all evidence”, the chair of the Association of Employment and Learning Providers has said.

Martin Dunford (pictured) delivered one of the opening speeches at the association’s annual conference this morning, in which he elaborated on its 10-point sustainable investment plan that has been put forward to the Treasury ahead of the government’s spending review.

He told delegates there has been “nine years of austerity” and yet the “story for our sector has been punctuated with reports of endless FE College bailouts, programme underspends, duplicating initiatives and failed policies resulting from dogmatic beliefs that were far from evidence-based”.

“There have been a couple of high profile failures on the independent side although public money still flowed to those organisations even when the warning signs would have been there,” he said, adding that is “why we fully encouraged and supported the proposals for a more robust account management system that will help both the government and good robust providers, sitting in this room, equally”.

He said a “key competitive advantage for any organisation, in this case the ESFA, is fully understanding its suppliers” and the “lesson is that the DfE and its agencies must be deadly serious about delivering value for money from the limited funding that the Treasury does make available for FE and skills and the outlook for 2020 accentuates this need”.

Dunford continued: “We would argue that such serious intent has not been demonstrated in recent years and too often policymakers have fallen back in reaching for institutionalised solutions rather than searching for what works best for the employer and/or the learner.

“Sadly despite the silver linings you might hear about tomorrow afternoon, T-levels are just the latest example of this institutional bias, bias that ignores all the evidence.”

The AELP’s “shopping list” for the spending review covers apprenticeships, traineeships, adult education, the national retraining scheme and replacing the European Social Fund, but makes no mention of the new post-16 technical education qualifications set to be rolled out from 2020.

“In putting forward its policy proposals, AELP wants to make sure that programmes are available to the maximum number of employers and learners who want them, irrespective of who is delivering them, providing that the quality of delivery is good and recognising that budgets are finite,” Dunford said.

“If all these components are being considered properly at the same time, then the odds on delivering value for money must be high.”

He continued: “Volumes are important, especially when there are still nearly half a million young people unemployed and automation poses real challenges for those already in work. But measuring positive outcomes is more than just counting numbers.

“AELP agrees with those that say that skills programmes must be about supporting social mobility and progression whilst having a demonstrable positive impact on productivity.”

Dunford told delegates the timetable for the upcoming spending review has “slipped again” and is likely to now be “beyond the autumn”, adding: “I’m told at the moment we’re more likely to get a one-year carry-over rather than a three-year settlement.”