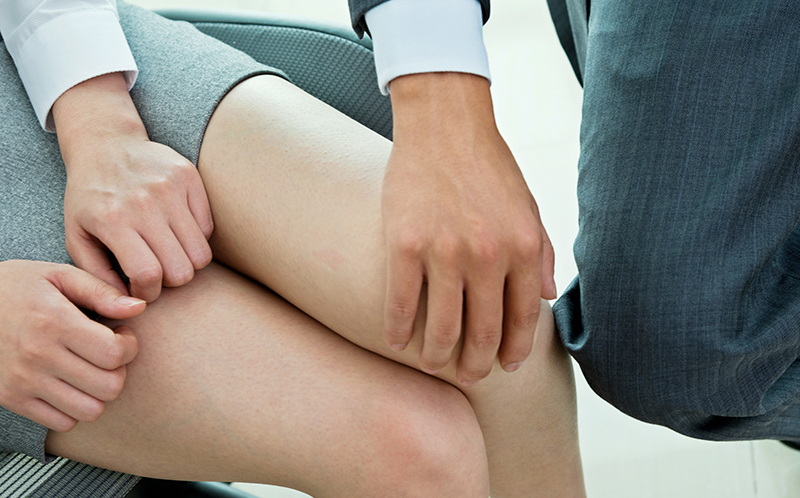 Colleges have been urged to develop more “robust” policies to tackle sexual harassment and violence, after a student survey found three quarters had an unwanted sexual experience.

And in its first targeted research into sexual harassment and violence within further education, the National Union of Students found that, of the 75 per cent of female students who had an unwanted sexual experience, only 14 per cent reported it.

According to the survey of 544 students, the majority of respondents had experienced unwanted sexual contact such as pinching or groping, with a similar proportion having had someone attempt to kiss them against their will.

One act or threat of sexual violence is one too many

One in five respondents said they had been kissed when they did not want to be, and a similar proportion reported unwanted exposure of their own bodies, such as someone else lifting their skirt or pulling their trousers down.

One in three experiences of sexual harassment took place at college, according to the report, of which 13 per cent occurred inside classrooms.

The NUS said unwanted sexual behaviour and harassment included wolf-whistling and catcalling, genital exposure from another person via photos, and being stalked.

The Association of Colleges has now called on the Department for Education to “urgently establish a working group with college leaders to make sure that we are doing everything we can to share best practice, learn from each other and stamp out unacceptable behaviour, and to support those impacted and to make clear to potential perpetrators that this behaviour is never acceptable and will never be tolerated”.

The NUS survey found women were most likely to have experienced sexual harassment and violence, with unwanted sexual behaviour being “common place” among them. NUS said women were significantly more likely to experience harassment on social media and public spaces, but fear of revenge and violence from men stop them from reporting it.

Additionally, 15 per cent of respondents confessed to having considered suicide as a result of these incidents, with 7 per cent actually attempting to end their own lives.

The most common impact of unwanted sexual behaviour is anxiety, which 42 per cent of respondents said they suffer from, and depression, which affects 33 per cent.

The NUS has now pleaded with colleges and training providers to equip non-specialist staff who have the most contact with students – academic staff – with skills to deal with disclosures, such as through first responder training.

The profile of staff who deal with sexual harassment should also be raised, such as a safeguarding team, “creating opportunities for students to become more familiar with them to allay any concerns they may have over the process”.

NUS said providers should ensure that responses to reported unwanted sexual behaviour are not limited to reporting or complaint processes, but also include support services centring on student survivors’ welfare and wellbeing.

Moreover, they should provide workshops on consent and healthy relationships, and promote alternative of different masculinities across institutional policies and practices by recruiting staff in non-traditional gender roles.

The union also called sector bodies to develop guidelines for FE colleges on responding and preventing sexual harassment and violence, as well as to ensure that sex and relationships education is inclusive of disabled and LGBT+ students, avoiding heteronormative assumptions.

Sarah Lasoye, NUS women student’s officer, said: “The findings show we need urgent responses to tackle sexual harassment and violence in FE institutions. This culture has been normalised to such an extent that unhealthy sexual behaviour has become harder to identify.

“While students may understand the concept of consent they struggle to put it into practice, with women fearing revenge and anger from men, and LGBT+ and disabled students at the sharpest end of sexual violence.

“The sooner we can open up our understanding of feminism and educate young people on sexual harassment and assault, along with healthy and transformative gender relations – the sooner we will be able to eradicate the toxic behaviours and attitudes that replicate and concretise themselves in the minds of young people.”

The union said it will now develop workshops for FE as part of its Women’s Campaign’s ‘I Heart Consent’ programme, and “train the trainer training” for students and staff.

It will also create activity funds for students groups to deliver campaigning and education to prevent and tackle sexual harassment and violence.

David Hughes, chief executive of the AoC, said: “This new report from NUS makes for sobering reading. Everybody has the right to learn, to work, and to live without the threat of sexual violence.

“For most students, campuses are a safe space, with safeguarding at the heart of everything that colleges do. However, one act or threat of sexual violence is one too many. Reporting sexual violence and threats of sexual violence is never easy but we would urge students to speak to staff so that they can provide them with the right levels of support and protection and to help them to improve their zero tolerance policies.”