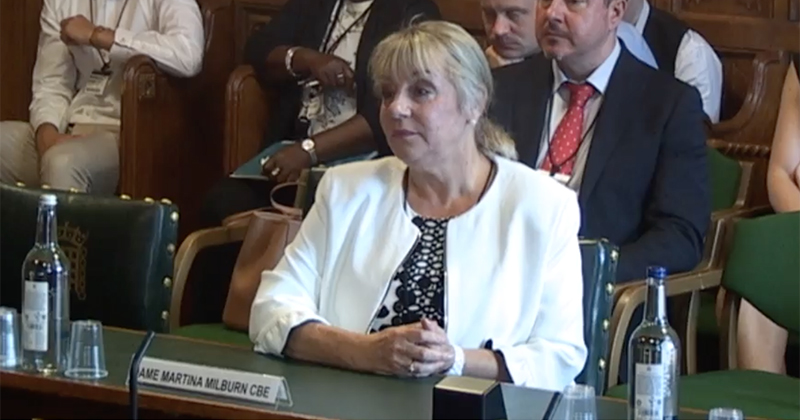 Dame Martina Milburn has called for the rollout of T-levels to be delayed for a year.

While giving evidence at an education select committee hearing on Tuesday, the chair of the social mobility commission (SMC) said she agreed with Jonathan Slater’s request to postpone the implementation until 2021.

She added that she was disappointed when Damian Hinds overruled the Department for Education’s permanent secretary last year, in the first ever ministerial direction issued by an education secretary.

Milburn pointed out the request happened before she joined the commission, “so it wasn’t something that we had any pass in but we looked at it as part of the state of the nation and we would have agreed with them”.

She explained the SMC has received feedback from the “business world” who warn that the 315-hour minimum industry placement component of T-levels has not been “worked out” yet.

“As chair of the commission, I think it [the T-levels rollout] should be paused,” she added.

However, she admitted that she has not made this representation to the DfE.

Slater wrote a letter to Hinds in May last year saying that, “as things stand today, it will clearly be very challenging to ensure that the first three T-levels are ready to be taught from 2020 and beyond to a consistently high standard”.

But Hinds responded by saying that he was “able to draw on a wider range of considerations than the guidance to accounting officers, and I am convinced of the case to press ahead”.

None of the advice he has received “has indicated that teaching from 2020 cannot be achieved”, he wrote.

T-levels have already been delayed once: they were meant to be rolled out from September 2019 but skills minister Anne Milton announced a delay of a year in July 2017.

According to a new research paper shared exclusively with FE Week, most of the first providers that will deliver the first T-levels have highlighted the delivery timetable as a big concern.

Awarding organisations are scheduled to provide detailed information on content, assessment and the industry placement in February/March 2020.

But the National Foundation for Educational Research found that, as the qualifications are set to be launched in September 2020, “providers will therefore only have about six months to fully develop their curriculum and industry placement plans, properly assess their capacity to deliver and the resources required, and address any skills and knowledge gaps”.

“Despite the accelerated timescale for delivering the first three T-levels being well known, some interviewees nonetheless highlighted that there was a large amount of work for them to do and the timescales were extremely tight, which could impact on the quality of their initial offer,” the report added.

The research also found that the first wave of T-level providers are expected to recruit half the amount of students the government had predicted, as revealed by FE Week yesterday.

The SMC’s state of the nation report for 2018-19 said: “It is expected that social mobility could be impacted if T-levels are not of a high quality when introduced.

“With the first T Levels expected to be implemented in 2020, there is concern whether sufficient testing and learning will have been incorporated.”