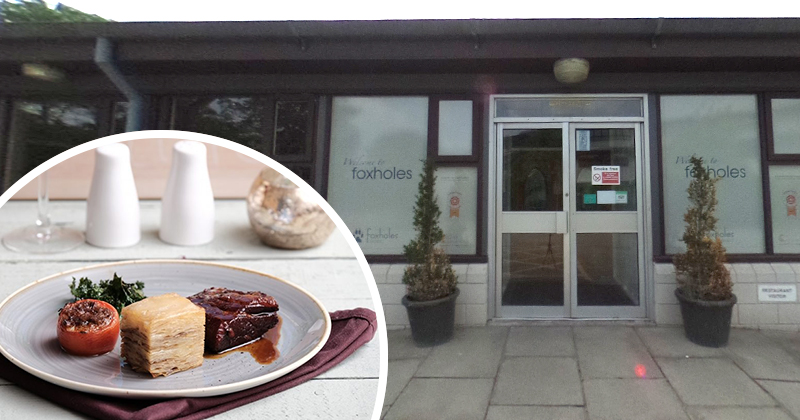 A college has been forced to shut the doors of its prestigious restaurant, blaming years of government cuts to further education funding.

Lancashire-based Runshaw College announced today its award-winning Foxholes Restaurant in Leyland is to close after running for more than 30 years.

The restaurant functioned as a training centre for future chefs and catering students, and its success led Runshaw College to be the first college to be awarded the AA College Restaurant of the Year.

Foxholes was also one of few college restaurants to hold industry awards from the Hospitality Guild, Gold Accreditation, and the AA Rosette for highly commended cuisine.

The college currently holds an ‘outstanding’ rating but has not received a full Ofsted inspection since 2008.

A statement released by the college explained the costs of running a training restaurant were “extremely high, so it is with enormous sadness that we will be closing Foxholes due to nine consecutive years of government cuts to FE funding in England”.

The sharp increase in its deficit was explained by the one off payment of £1.8 million it made to “buy out its leases commitments” from its campus in Market Street and the sale of its investment property in December 2017.

The college’s board had previously addressed concerns that the buyout could have an adverse impact its accounts.

Minutes from a meeting last year said an email had been received from the ESFA confirming “moderation with regard to the Market Street lease costs should this lead to an inadequate [financial] rating”.

In the same meeting, the college said the income allocation received from the ESFA was less than originally anticipated, and that an initial assessment had indicated that £330,000 of pay cost savings would need to be made.

Following the decision to close the restaurant, a college spokesperson reassured its students by saying it will be continuing to offer a full-time Level 2 chef training course to students aged 16-19 at its Chef School and will also be continuing to train apprentice chefs at “a wide range of restaurants, hotels and other organisations in our local community”.

He added: “We will of course continue to campaign for fairer funding for the FE sector and members of the public can express their support for this campaign by Tweeting, using the #LoveOurColleges hashtag.”

The spokesperson thanked “students and staff for their exceptional skill and dedication, helping Foxholes to be consistently rated as the number one restaurant in Leyland”.

A review posted in the restaurant’s Facebook page a few months ago read: “Local students learning the trade, such quality and talent to be had. I am sure you will see some of them as TV/Celebrity chefs one day.”

The restaurant also had a five-star rating and Certificate of Excellence on Tripadvisor.