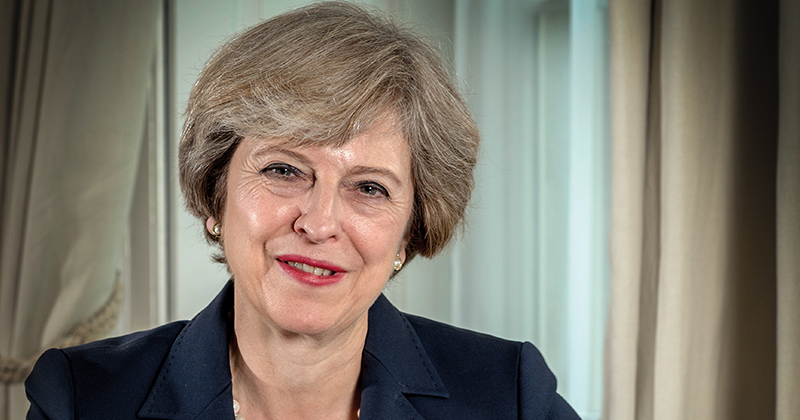 Theresa May is pushing to announce a huge programme of investment to overhaul schools and colleges in England before she leaves office, according to reports.

However, the current Prime Minister is said to be locked in a row with chancellor Philip Hammond over the plans, as the Treasury fears they could cost more than £10 billion.

As reported on the front page of the Financial Times today, funding rates for 16 to 19-year-olds is one main area that May wants to throw money at.

It comes after she said further education had been “left overlooked, undervalued and underfunded” by successive governments, who have “failed to give it the support it needs”.

She made the comments at the launch event of the post-18 education Augar report, which was commissioned by May in February 2018.

Its “core message” was that the disparity between the 50 per cent of young people attending higher education and the other 50 per cent who do not “has to be addressed”.

The report’s recommendations included an increase in the funding base rate for 16 to 19-year-olds and a £1bn capital investment in colleges.

At the launch event, FE Week editor Nick Linford asked May, if she was so determined that funding for further education should be increased, then why hasn’t it happened before now and why is the government waiting for a spending review to make any announcements.

She didn’t answer the question directly, but said: “We are looking.

“Much has been done for FE but this [report] says more needs to be done and I think it is right that we absolutely make sure that the education for every young person is what is right for them.”

May steps down as Conservative leader on Friday. It is expected that her successor will not act on Augar’s recommendations and implement them as policy as was first thought when the review was announced. The Department for Education has already rejected one of its proposals, as reported by FE Week today.

According to the FT, the Treasury claimed the Augar report could cost £6 billion a year — although Augur said that savings in the scheme would substantially cut that figure.

May has also reportedly urged Hammond to release cash for a three-year school funding settlement. This would include more money for failing schools, teacher training, higher pay for teacher retention, and a review of the way the national schools budget is allocated.

The FT said May wants to use her remaining weeks as caretaker prime minister to “deliver parts of her domestic agenda that were crushed by the pressures of Brexit”.

“There have been several high level meetings on this,” said one person close to the negotiations, according to the newspaper. “Philip has made it clear that the headroom is there as a cushion against a no-deal exit.”

May is expected to take her plans to cabinet for approval.

The prime minister apparently wants to make “an announcement every week” before she leaves.

While many of the Conservative leadership candidates have pledged more funding for schools if they’re elected, only one, Esther McVey, has promised extra cash for further education.