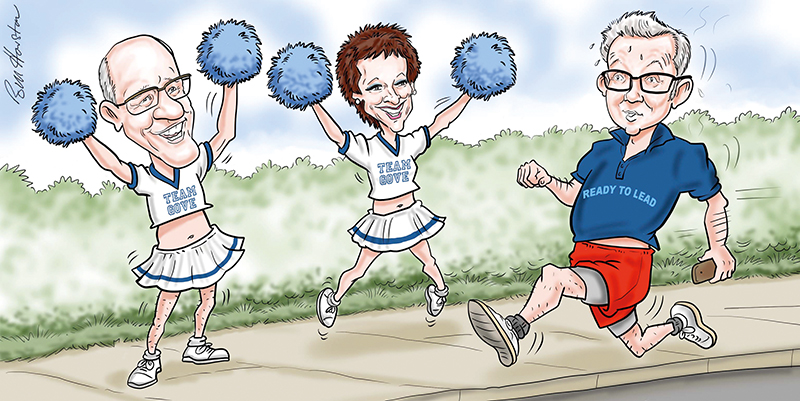 The skills minister Anne Milton is backing Conservative leadership frontrunner Michael Gove to be the next Prime Minister.

As reported by the Standard, Milton said only the former education secretary offered “serious leadership” that Britain needs.

While Gove said earlier this week he would spend £1 billion extra on schools if he wins the race, he’s so far been silent on his plans for further education.

Despite this, Milton said: “Michael Gove is ready to unite our party and our country, ready to deliver and ready to lead.”

She said the current environment secretary can “master the details of a brief” and lauded his “insight, passion and strength”, as well as his record fighting for “better schools” during his time heading up the Department for Education between 2010 and 2014.

Her backing comes after schools minister Nick Gibb also said Gove was the best person for the job earlier this week. Education secretary Damian Hinds hasn’t backed anyone so far.

Fellow Prime Minister candidate Boris Johnson also pledged money for schools, saying he would ensure every secondary school in England gets at least £5,000 per pupil. This could, however, amount to as little as just under £50 million extra funding – or a 0.1 per cent increase in overall school spending, according to analysis by Schools Week.

Former skills minister Matt Hancock is also running in the leadership race. Whilst he pledged an additional £3 billion a year in funding for primary and secondary schools in a bid to outspend his rivals in the leadership race, he has surprisingly not promised anything for further education.

Neither have any of the other Conservative leadership candidates, which include Sajid Javid, Dominic Raab, Jeremy Hunt, Andrea Leadsom, Esther McVey, Rory Stewart, Mark Harper and Sam Gyimah.

At the time of going to press, Johnson was favourite to be the next Prime Minister at odds of 4/5, according to betting company William Hill. Second favourite was Gove at 5/1, while Hunt was third at 7/1.