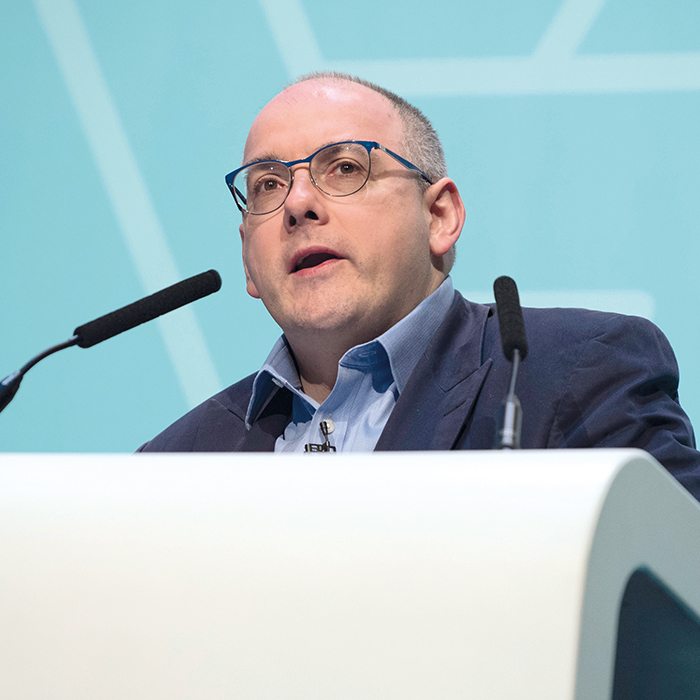 “Lifelong learning is a disaster area - there's not enough money”

Robert Halfon, the chair of the education select committee, isn’t always a fan of the great and good, admitting that he is more interested in people with frontline experience

When I ask Robert Halfon, the chair of the education committee, to name the witness who has affected him most, I’m expecting a big-hitter.

But instead he talks about Carlie Thomas, a senior caseworker from the St Giles Trust, who in March this year spoke bluntly about the challenges of supporting children at risk of exclusion.

Select committees can call whoever they want – and the nominees must attend. If they refuse, they are at risk of being in contempt of parliament.

My job is not to harangue the government

But apart from Richard Atkins, the FE commissioner – the only high-profile witness he mentions and praises as “brilliant” – Halfon, the Conservative MP for Harlow, seems more interested in people with frontline experience than the educational big cheeses. For the ongoing inquiry into special educational needs and disabilities, the committee invited children with SEND to share their experiences.

They were applauded at the end of their testimony, which didn’t go down well with all viewers of parliamentlive TV.

“Someone criticised me on Twitter, saying, ‘giving them a round of applause is everything that’s wrong’.

My response was, ‘you’re talking crap’,” he says.

“We’re giving them a round of applause, not because they are special needs, but because their evidence was better than most politicians who have been on the platform. They were incredible.

“Their evidence was moving, it was serious, it was factual, it was brilliant. And, of course, these people stuck in their boxes, they immediately want to stereotype – I was doing the opposite of stereotyping.”

Despite his own public-school background, Halfon is confident in his abilities to connect with people of all backgrounds. And unlike some of his fellow politicians, he insists that he writes his own newspaper columns, including The Sun , or for the website Conservative Home.

There have been some uncomfortable sessions, including one last May with the chief executive and the chair of the government-funded Careers and Enterprise Company.

The committee members seemed united in their fury against Claudia Harris and Christine Hodgson. They grilled them on why they hadn’t yet had any impact – somewhat unfairly, I suggest, given that the company was formed in 2015.

Why was Halfon so hostile to an organisation set up by his own government?

“They are untouched by austerity and have got buckets of money to play around with. There’s no checks and balances; they’re not inspected by anyone properly,” he says without a pause.

“Other organisations are crying out for money, and they seem to be handed money like there’s no tomorrow. I mean, when I come back to Earth, I’m going to come back as the Careers and Enterprise Company. They’re loaded.”

He’s angry that the government-funded organisation spent almost £50,000 on a conference at the children’s activity centre KidZania, pointing out that they could have funded it with private sponsorship.

“Now you might think, ‘oh, it’s only £50,000 out of a multi-million-pound budget, it doesn’t matter.’ But it just shows the kind of attitude – that money is a free-for-all. I suspect when you go in that building, the money comes out of the taps.”

Harris became increasingly flustered during the hearing, stumbling over her facts and figures and famously refusing to say whether 100 per cent of the disadvantage fund had been spent on disadvantaged students.

But what about the more convincing witnesses? Has anyone managed to change his mind on something? 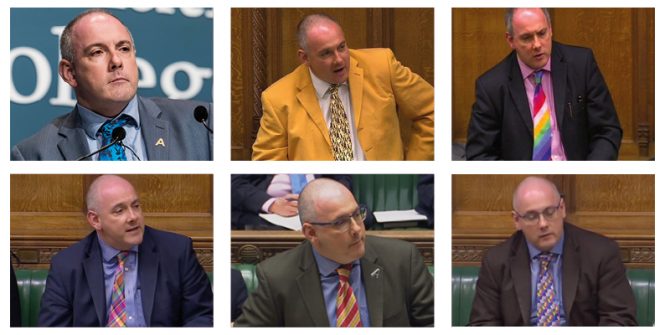 “What’s opened my mind is that special educational needs is a horror story. It is irrefutable that it is a disaster,” he says, with the kind of emotive language that will sit well in the column he’s heading off to write for The Sun about fuel duty.

“The [Children and Families Act 2014] was very well intentioned, most people agree with that. But the resources that have been spent badly, the lack of accountability, the constant treacle of bureaucracy that parents have to wade through – it’s a horror story.

“Not everywhere. There were fantastic examples of good practice, amazing practitioners – there’s good work going on in schools – but so much of it is going wrong.”

As he cites the session that featured Pepper the robot as one of his favourites, I cringe. When the pre-programmed humanoid was called as a “witness” in October, the committee made headlines, including on the BBC and the pages of the Daily Mail. Was that not a bit gimmicky?

“Some Oxford academic said it was the most disgraceful display of AI in history, or something. And I just thought ‘get out of your ivory tower’. We’re trying to bring this committee to millions of people, who would never watch anything about parliament, and to explain to them – because it was all over the news – what the future can be and will be. There are 10 to 15 million jobs that could be lost to automation and artificial intelligence.”

Halfon understands the power of branding and the media. The committee’s social media team is preparing a video on all the recommendations that have been adopted by government, he tells me proudly.

“The best moments of the committee are when government adopts things, or when you know you’re shifting opinion. So, for example, on alternative provision, we’ve set the debate in the country on this and I think it’s one of the biggest social injustices.

“There are many Pavlov’s dogs’ reactions to it by arch traditionalists who just want a Darwinian ‘survival of the fittest’ for our school system. And even if they’re angry with me, I’m happy, because it’s setting a debate.”

He has also made some progress with apprenticeship bus fares. “I haven’t succeeded, but I keep haranguing the government about it. Having said that, they’ve now introduced some travel discounts, but it’s not enough – we’ve got a manifesto commitment.”

Lifelong learning is a disaster area – there’s not enough money

Halfon was a backbencher for five years before he became a minister for two: first in the Cabinet Office, then as skills minister.

After the snap election in May 2017 he was replaced by Anne Milton and immediately started campaigning in the corridors of Westminster – an uncouth approach, say some MPs – for the education committee chair. He beat five rivals, including Nick Boles, his predecessor as skills minister.

So which does he prefer? Haranguing the government or making policy?

“I want to make it very clear,” he says, in a serious tone. “My job is not to harangue the government.

“As a minister, you make policy – although you have to have it checked by a thousand people before anything gets cleared. But nevertheless, you’re making policy; it’s a huge privilege. I loved being apprenticeships and skills minister because I felt I could make a difference.”

Halfon managed to bring the Further and Technical Education Bill through parliament just before the 2017 election.

“But you are in a straitjacket, you have to be careful of everything you say. I do love the freedom. I can’t make policy happen, but the committee can influence it and can set a debate.”

So, assuming that the government doesn’t fall before the autumn (highly questionable), which topics are on the horizon for the committee?

It’s not up to him, he insists. The committee decides by vote or, as has happened to date, by consensus.

Back in July 2017 when the education committee was formed, they decided to adopt Halfon’s trademark “ladder of opportunity” – something he used as a branding tool when skills minister – as their guiding principle. In the committee’s version of the ladder, job security and prosperity are at the top, and the poles on each side represent social injustice, and skills. Addressing these two issues, his theory goes, will allow people to climb up wards.

If it were up to him, he’d keep the heat on exclusions – as with the recent one-off session on knife crime. Then he’d love to do something on how cared-for children fare in schools. And finally, life-long learning and adult education, “because that’s also a disaster area. Apart from the apprenticeships, which is wonderful, there’s not enough money.”

When I rib him that he doesn’t sound like a Tory, he corrects me: “These aren’t left-right issues. That whole split is nonsense. This is about people’s lives – it’s about social justice.”