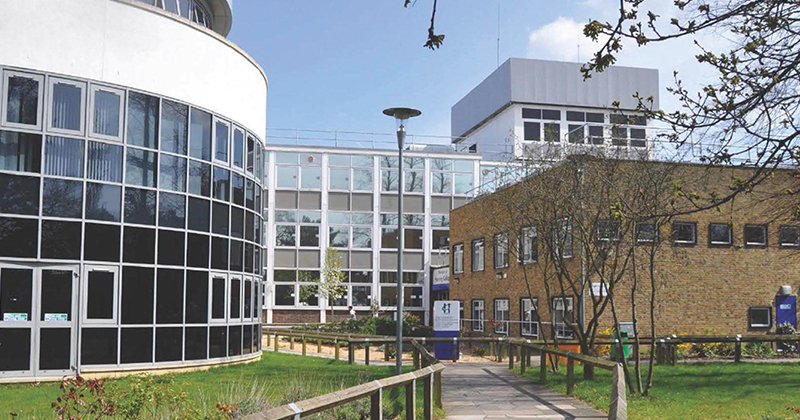 A cash-strapped college’s future has been thrown into doubt after a merger it was depending on to sort out its finances was delayed for a second time in mysterious circumstances.

A formal merger between Havering College of Further and Higher Education, Havering Sixth Form College and New City College – which are currently part joined in a federation – was supposed to be concluded last month, after an initial delay in January this year.

But this hasn’t come to fruition and all three colleges have remained tight-lipped, saying no more than that the plans have been postponed.

Havering College was hit with a financial notice to improve in June last year, after it reported a £3 million loss in 2016/17. The deficit increased to £3.2 million one year later.

The college was heavily reliant on this merger to go ahead to resolve its financial struggles, and had requested an overdraft of £1 million from Barclays Bank and exceptional financial support of £2.25 million from the ESFA as “cashflow risk-mitigation measures”. It is not known whether these requests have been granted.

In its 2017-18 accounts, the college warned that if these requests were not approved and the planned merger failed to proceed to completion, “there would be a material uncertainty regarding going concern”.

In order for the merger to go ahead, Havering College was dependent on Barclays Bank approving a combined financial plan with an “acceptable aggregate deficit position”, according to minutes from a board meeting in February.

But Gerry McDonald, the group chief executive of New City College who also became Havering College’s interim chief executive in October following the sudden retirement of Maria Thompson, said in that meeting that Barclays Bank had indicated “they are running out of time for the combined financial plan to be considered by its credit committee in order to enable the novation of the HCFHE debt to NCC”.

This meant it was “unlikely” for the merger to take place on April 1, 2019 as had been planned.

The corporation commented in the meeting that it “seemed strange for Barclays Bank to be taking such a position considering that they have been aware of the merger timeline for a while”.

McDonald explained that the draft 2019-20 financial plan for NCC showed a deficit, and the combined effect with the projected deficits from HSFC and HCFHE “would paint a very grim picture” to the bank.

He said that if a revised combined financial plan was not acceptable to the bank’s credit committee, then “disposal of assets might be necessary”.

Havering College currently operates out of its main campus in Ardleigh Green, Essex, as well as a construction focused campus in Rainham, Essex, which received a £5.4 million funding grant from the Greater London Authority to expand in September 2017. It sold its Quarles campus site in Harold Hill, Essex, in 2017.

During an NCC board meeting in December governors questioned why the college was merging with a college in “such financial difficulty”. It was then noted that Havering College has “a stable 16-to-18 base” to generate income but has “suffered recently with poor financial management and an ill-informed property strategy”.

Havering College’s latest accounts show the college had breached a bank loan covenant for its Barclays loan agreement of £3.9 million in 2017-18.

In July, the bank wrote to the college saying that the covenant breach would be waived.

But the bank had anticipated that the loans and finance leases would be novated under existing terms to New City College upon merger.

Barclays declined to comment on whether it was still supporting Havering College following the postponement of the merger when approached by FE Week.

During the Havering College February meeting McDonald suggested the merger could be delayed once again until August this year.

Havering College declined to comment on what the merger delay means for its future.

The college is no stranger to failed mergers: it was supposed to link up with Barking and Dagenham College in August 2017, but this collapsed after Havering decided it was “no longer the best option to achieve the college’s aspirations for its students, staff and local communities”.