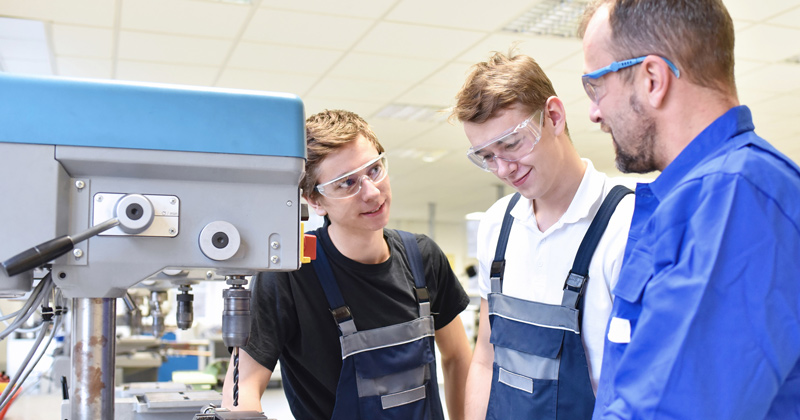 The Federation of Small Businesses has raised “serious concerns” about the apprenticeship budget and claims “over a quarter of apprentice employers say reforms have had a negative impact”.

In a report published today called ‘Fit for the future: making the apprenticeship system work for small business’, the membership body seeks to influence the forthcoming spending review with a series of recommendations.

The FSB said the government should ensure that small businesses are not excluded from the apprenticeship system, putting them in control of non-levy apprenticeship funding through the Apprenticeship Service after their migration to the service, which is expected next year.

It recommended the government should develop a “matching service” to support levy-paying employers to pass on unused funds to non-levy-paying employers and extend the current £1,000 incentive to those businesses with less than 50 employees who take on apprentices aged 19 to 24 from “selected labour market disadvantaged groups”.

The federation found only 40 per cent of eligible SMEs have received the £1000 incentive for hiring 16 to 18-year-olds, while a third said they were not aware of it.

Moreover, the government should “consider the feasibility of an incentive for start-ups who have never taken on an apprentice” and make training-related travel free for all young apprentices working for employers with less than 50 staff to ensure SMEs, “particularly those located in rural areas”.

The recommendations follow a survey by the FSB of 1,665 small businesses that found 42 per cent of SMEs see recruiting an apprentice the biggest challenge when engaging with apprenticeships, followed by management time this involves (29 per cent) and the 20 per cent off-the-job training (24 percent).

It also found 41 per cent of the businesses surveyed reported an increase in costs related to recruiting and training apprentices since the reforms.

Apprenticeships and skills minister Anne Milton said: “Large businesses can now transfer up to 25 per cent of their levy funds to small employers which will be a fantastic opportunity for smaller business. We are very aware of the support smaller business needs and will continue to work with them so they can take advantage of the fantastic opportunity an apprentice brings to their business.

“We want an apprenticeship system that works for all employers – big and small. Our reforms were designed and driven by businesses of all sizes to make sure apprentices learn the skills employers need. Apprenticeships are now longer, higher-quality, with more off-the-job training and provide for a proper assessment at the end.”

But Mike Cherry, FSB National Chairman, said many small firms are turning away from apprenticeships with some of the 2017 reforms being the cause.

“Changes like the explicit requirement for a minimum of 20 per cent off-the-job training, are causing real headaches,” he said.

While recognising the halving of the co-investment requirement to 5 per cent was a “major step forward” to reduce the cost of apprenticeships, there is a “real concern around the funding black hole” that is likely to hit with a significant overspend expected on the apprenticeship programme by 2021.

“Unless urgent action is taken we are in serious danger of making apprenticeships unaffordable for many of our small firms,” Cherry added.

“If apprenticeships become a privilege only for those that can afford them, we will worsen persistent skills shortages and gaps that are damaging growth and productivity.”

The FSB’s findings follow a National Audit Office report that warned the apprenticeship programme is not financially sustainable after the average cost of training an apprentice hit £9,000, approximately double of what the government predicted in 2015.