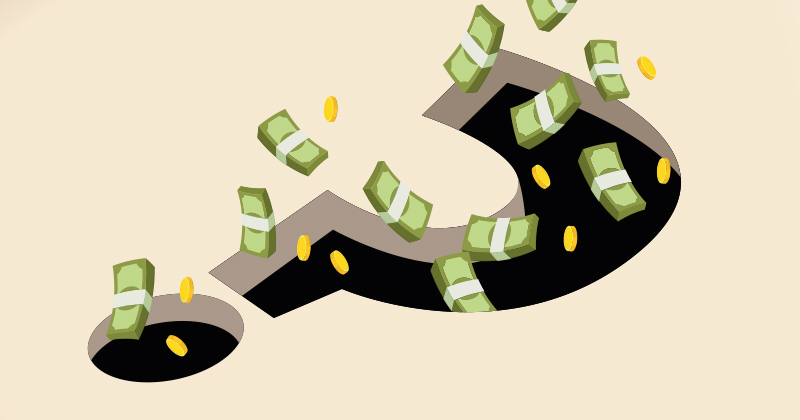 The Education and Skills Funding Agency has finally returned £300,000 to a large high-profile employer within hours of FE Week asking for an explanation.

The employer, that did not wish to be named, saw the money mysteriously disappear from their apprenticeship levy pot in November without warning or reason.

After reporting the missing funds to the ESFA, the National Apprenticeship Service replied via email that they “have been able to raise this issue to our technical team”. It added: “I hope this issue is resolved for you soon.”

In future, we hope incidents like this can be resolved far more quickly

The employer then received weekly helpdesk emails – a total of 15 so far – including updates such as: “Thank you for your patience whilst our second line support team investigate this. We are looking into your incident with great detail and will be in touch within five working days to provide another update.”

In February this year, the employer was told: “The technical support team have stated that they are conducting a full analysis to rectify your account, and other employers who have been affected by the same issue.”

When asked to escalate the issue, the agency said this was already being dealt with at the highest levels.

However, the employer had not been given a reason to why the money, which represents nearly all its levy budget for a year, disappeared from its accounts.

The business told FE Week: “Nobody seems able or willing to explain why we’ve lost £300,000 from our levy account, more than four months since it disappeared. It is also clear we are not the only employers that this has happened to. It is incredibly frustrating and we would like it returned as soon as possible.”

The employer received an email in February from the ESFA’s digital service saying that whilst the incident remains unresolved, when the levy runs out in its account it should tell its providers that they will not be chased by the ESFA for collection of the co-investment.

“During the call you have mentioned that some of your training providers have not received payments because of the amount that is missing from your account and I explained that this issue was affecting multiple employer accounts and that a fix is being applied to the affected account since December 2018.

“I have notified the Technical Support Team of the fact that you have been unable to pay for apprenticeships and have asked if they are able to try and prioritise your account when applying the fixes to the affected accounts… I hope you can forward this information to your training providers”, reads the email.

The company said that as well as hoping to see the money back into its accounts soon, it wants to know how its providers will get paid the coinvestment and what impact this will have on the sun-setting policy which kicks in next month.

An ESFA member of staff said in a FE Connect post where FE Week raised the issue: “We are working with affected employers to address the issue on an individual basis.”

FE Week asked for an explanation from the Department for Education, with permission from the employer, and within eight hours the £300,000 had returned to the employers levy account.

A spokesperson for the employer said: “Of course we are pleased that the £300,000 has now been returned to our account following enquires to the DfE from FE Week and look forward to an explanation from the ESFA. In future, we hope incidents like this can be resolved far more quickly.”

A Department for Education spokesperson told FE Week: “We are aware of the issue that impacted the employer and can confirm that this has been fully resolved, and we have confirmed to them no funds have been lost.

“The ESFA has sought to ensure this issue has been resolved and we continue to work with all employers to ensure the service delivers to the highest standards. We apologise for any inconvenience this has caused.”

It remains unclear whether the situation has been resolved for other employers affected.