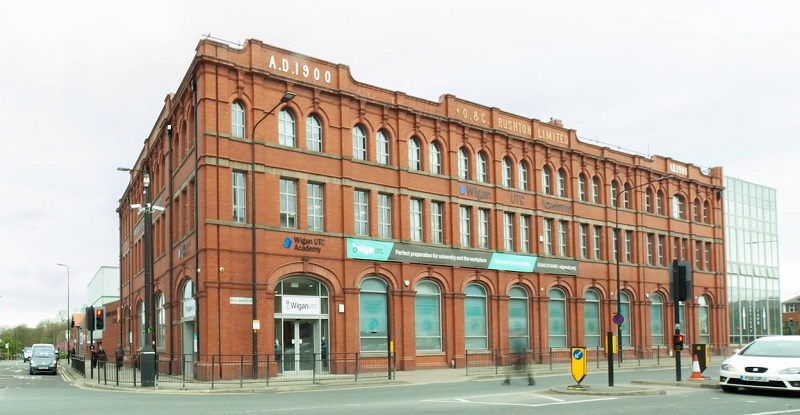 Yet another university technical college will close later this year, taking the total to 10 for the troubled programme.

Wigan UTC, which is rated ‘good’ by Ofsted but has had a chequered history, has announced it will shut at the end of August 2019 after failing to recruit enough students to become financially viable.

The college, a 14-to-19 institution with a vocational focus, opened in 2013 and planned to recruit up to 500 students, but it currently only has 108 on roll.

A spokesperson said the numbers were “not sufficient for the UTC to operate without a crippling deficit which will severely hamper the equality of education it can provide”.

As revealed by FE Week in January, Wigan UTC received a government bailout totalling £169,000 last year. Its deficit stands at £516,000, according to the 2017/18 accounts for its academy sponsor, the Northern Schools Trust.

“I am really sad that we have had to come to the conclusion that the Wigan UTC must, in principle, close,” said Rod Dubrow-Marshall, the UTC’s chair of governors.

“This is entirely a reflection of the unsustainable financial position of the school and nothing to do with the wonderful outcomes for our students and our dedicated and hardworking staff who have helped transform the lives of so many students and their families.”

The governing body said it is working in partnership with the Department for Education to “agree a way forward which will allow support for families through this difficult time”.

It is also “working closely with Wigan Local Authority and partner secondary schools in the area and expressed thanks for their commitment to working in the best interest of our families”.

“Parents of all students at Wigan UTC have been informed this morning and the school will host a series of meetings to ensure all concerns are dealt with quickly and communicated fully,” a spokesperson said.

“Parents and students will also have the opportunity over the next four weeks to express any views on the processes for closure.”

Wigan UTC will be the tenth institution of its kind to close, leaving 47 open.

FE Week has reported extensively on the troubles of the programme, which has been hit with poor Ofsted ratings and low recruitment numbers leading to deteriorating finances since launching in 2010.

But in December 2017 FE Week’s sister paper Schools Week reported that it was one of only two schools to have been rebrokered twice since records began. The UTC was also originally in its own single-academy trust, but left to join Bright Futures Educational Trust in March 2015. But when Bright Futures realised it would be a “long and uphill battle” to get the college to full capacity, it was passed over to the Northern Schools Trust.

In November 2018 FE Week discovered that Wigan UTC had to pay back £609,038 to the DfE after it overestimated student numbers the year before. This newspaper later revealed it was in receipt of a £169,000 government bailout in 2017/18.

“On behalf of the local governing body I want to wholeheartedly thank all our staff and our students and their families for being the lifeblood of the Wigan UTC – we share your feelings of sadness right now and we will work with you all to help ensure really good progression for you in your future education and careers,” Dubrow-Marshall said.

There was some good news to come out of the UTC programme this week, however, as Bolton UTC climbed its way up to a grade two Ofsted rating after being hit with an ‘inadequate’ judgement in February 2017.