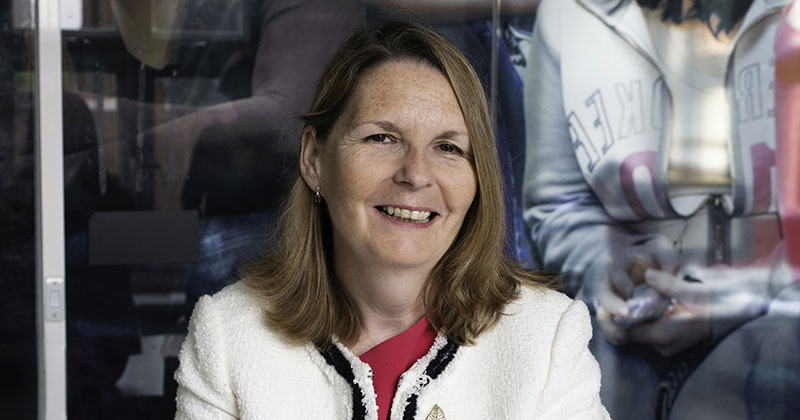 The funding is given in “exceptional cases … where additional funding is absolutely necessary to stabilise the school’s finances and ensure minimal disruption to pupils’ education”.

Figures obtained by the Local Schools Network show two of the UTCs which received the grants – Sir Charles Kao UTC and Heathrow Aviation Engineering UTC – have since closed and reopened with a new sponsor under the fresh start process, becoming BMAT STEM Academy and Heathrow UTC.

Eileen Milner, chief executive of the ESFA, told the Education Show conference on Thursday she did not have “a book of blank cheques to hand out” to struggling providers.

In response to a question from FE Week’s sister-paper Schools Week on the grants, Ms Milner said it was “inevitable that we have a recourse to this”.

“We wouldn’t want a dependency culture, where people feel that we are going to be able to get this cheque, because the bar for getting access to this money is high.”

Three UTCs which remained open also received the grants last year. Wigan UTC was given £169,000 by the Department for Education, while the JCB Academy received £150,000.

Cambridge UTC, which ditched the UTC brand and renamed itself as Cambridge Academy for Science and Technology when it joined the multi-academy trust Parkside Federation Academies in 2017, received £101,000.

FE Week understands UTCs that remain open may be expected to pay back some of the money.

Phil Reynolds, senior manager at Kreston Reeves accountants, said the money was likely to be emergency grants “arisen from investigations or rebrokerage or strong negotiation”.

“It’s a shame that so much money is having to be used by the DfE to make sure children still receive an education where there have been issues with schools.”

The most recent government figures show that six UTCs have closed down entirely, while seven others have been rebrokered under the fresh start process, which involves finding a new sponsor and having their previous Ofsted grades wiped.

In November, FE Week reported that almost two thirds of UTCs overestimated their student numbers in 2017/18 and will have to repay funding to the government.

An investigation by this paper in October found that the DfE had handed over more than £2.3 million in the past five years to UTCs, studio schools and post-16 free schools that never even opened.

Julia Harnden, funding specialist at the Association of School and College Leaders, said the grants were given to support providers in “challenging circumstances”.

“The intention is to safeguard the future of the schools involved and provide stability for their pupils, which is laudable.

“But we also need to be sure public money is being used well and if schools are later closing down that is clearly a concern. It also highlights the need to ensure that new schools are sustainable at the outset and that pupils and staff don’t end up with the anxiety and disruption caused by a school closing.”

A spokesperson for the DfE said deficit funding will be provided to trusts “in exceptional circumstances to protect the education of children”.

The Baker Dearing Trust, which represents UTCs, was contacted for comment.