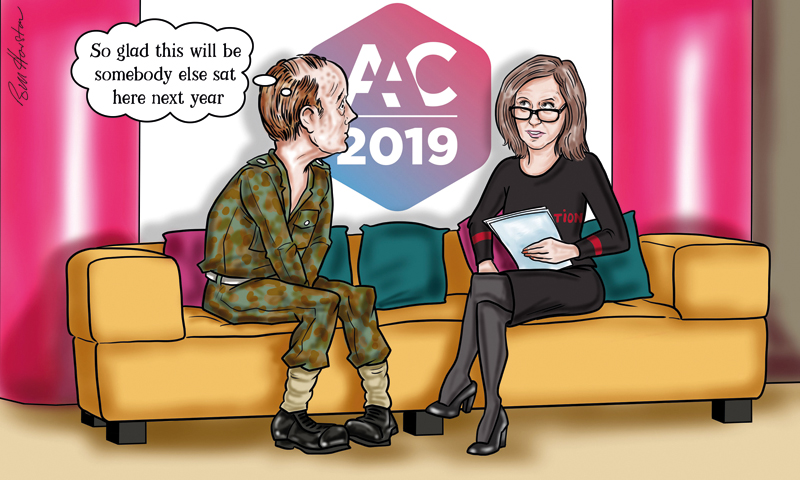 The chief executive of the Institute for Apprenticeships and Technical Education (IfATE) will step down when his contract is up, FE Week understands.

In an email seen by this paper, the headhunters Gatenby Sanderson said Sir Gerry Berragan would not reapply for the post he has held for the past 16 months.

He refused to tell FE Week in January whether he wanted to stay on.

“It’s none of your business,” he said.

A job advert, posted on the Civil Service Jobs website earlier this month, says the postholder will earn an annual £140,000. Applications close on April 29.

A spokesperson for the institute said: “Nothing has changed since the job advert was published.

Sir Gerry has not announced his intentions and it would not be appropriate to comment further
while the recruitment is live.”

He added that it was a “spurious story”.

Berragan, chief executive of the former Institute for Apprenticeships since November 2017, has overseen massive change.

In December 2017, the institute launched the “faster, better” programme to make the process of
approving apprenticeship standards more efficient.

Since last year he has also been steering IfATE through the controversial funding band reviews
in which the bands for a number of apprenticeship standards have been cut, some by as much as £5,000.

IfATE sparked controversy in the FE sector when it estimated the apprenticeship budget would
overspend by £0.5 billion in 2018-19, rising to £1.5 billion during 2021-22.

And in February this year it took over the delivery of T-levels and the technical education brief from the Department for Education.

Berragan told FE Week in January that IfATE’s increased staff numbers from about 86 in summer last year to about 150 in January to accommodate the new T-level responsibilities.

Its budget has also doubled this year from £8.6 million to £15 million, and is expected to rise to “around £20 million next year”.

The chief executive’s contract limits him to serving a two-year term, as he did not go through a formal recruitment process and instead volunteered for the role.

In an interview after he started the job, he told FE Week about the unusual recruitment process.

IfATE began recruiting for a replacement for Peter Lauener in April 2017.

Its initial drive and a later foray by headhunters were both unsuccessful.

“There was a bit of an imperative to get someone in place,” he told FE Week. (Lauener was due to retire at the end of the year.)

“That’s when I said to the Antony Jenkins, ‘well, you know, if you want, I’ll throw my hat in the ring’,” Berragan said.