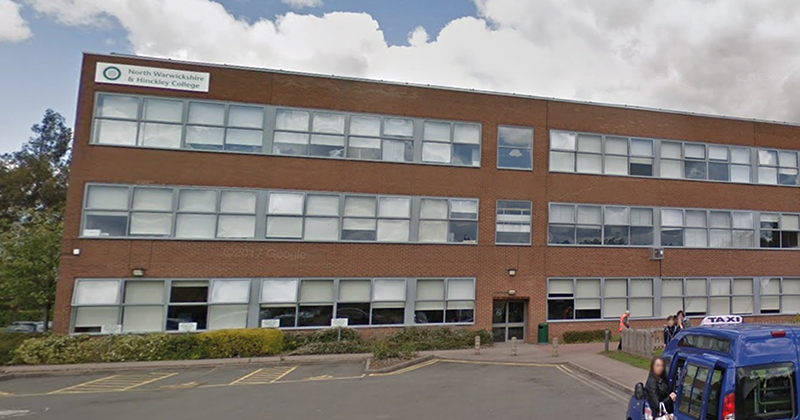 A college already in financial difficulty is being forced to pay back nearly £1 million to the government as a result of working with a subcontractor investigated for falsifying learner records.

In a report published last Friday by the FE commissioner, North Warwickshire and South Leicestershire College was warned that it needed to take “urgent action” to secure its longterm future after it was over-optimistic in its forecasting, with “overly complex, expensive” staffing costs to income ratio.

But the accounts also reveal its financial situation could deteriorate as it faces a liability of up to £900,000 to the Education and Skills Funding Agency (ESFA), following an investigation into its use of a subcontractor that entered into liquidation in 2017.

Before its merger with North Warwickshire and Hinckley College in 2016, South Leicestershire worked with Ambertrain Ltd, which the Institution of Mechanical Engineers (IMchE) bought in November 2015.

Two years later, IMchE announced it was placing the provider into liquidation after uncovering “historical practices undertaken by some individuals at Ambertrain that have given rise to claims against the company”.

In May 2017 the ESFA wrote to the college about its concerns with the learning provision carried out by Ambertrain, and requested an investigation.

At the time of its insolvency proceedings, liquidators said Ambertrain had debts of £167,456 due from colleges, including South Leicestershire, which was “investigating claims against the company for falsification of learner records”.

Despite the result of this investigation being expected to translate into a large clawback to the agency, North Warwickshire and South Leicestershire College did not make provision for it in its 2017-18 accounts because the sum had not yet been agreed.

However, a spokesperson for the college said it had “fully provided” in its three-year financial plan for the impact of Ambertrain’s liability.

“This plan, which shows the college returned to the ESFA’s financial health grade of satisfactory in the current year and moving to good in 2020-21, was submitted to the ESFA and to the FE commissioner last November,” she said.

Before the merger, South Leicestershire and North Warwickshire colleges were already in a precarious financial situation. After a visit to the colleges in 2015 Dr David Collins, then commissioner, recommended that they speed up plans to merge after he saw how their recurring deficits were hitting finances.

This week Richard Atkins, the current commissioner, said the college “should be able to avoid insolvency for the time being” only if it improved the way its “costed curriculum plan is monitored in year and adjustments made accordingly”.

The commissioner’s report, dated November 2018, said the college, which received a financial health notice to improve after the government assessed its monetary situation as “inadequate”, was at risk of a “cash crisis” this year. However, it stressed it was “not currently in crisis”.

According the FE commissioner, the current financial situation was driven by poor forecasting, an overall decline in apprenticeship contract and provision, failure to attract enough students to deliver the adult education budget contract, an “over-dependence” on a late increase in distance subcontracting and the requirement to accommodate more than 100 unfunded 16 to 18-year-olds, which cost £1 million.

The report said the college now needed to review its organisational structure, which Anne Milton, the skills minister, said was “unnecessarily complex” in a letter published alongside the commissioner’s report.

Milton agreed with the report’s findings, saying it was clear “urgent actions are now required”.

Marion Plant, the college’s principal, said the college had since made “rapid and significant progress” against all the recommendations.