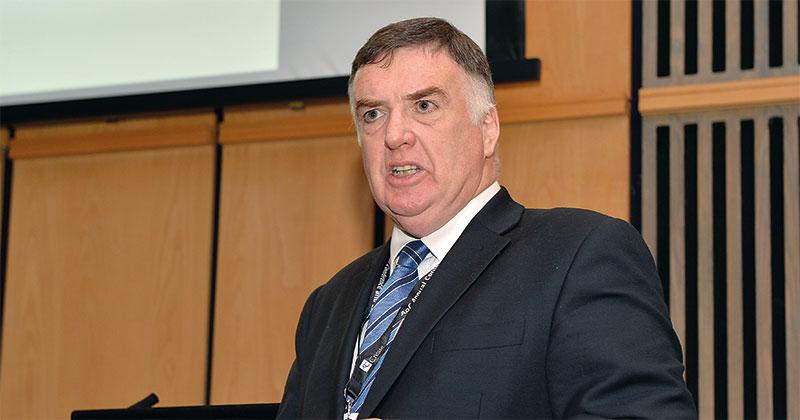 Two colleges in severe financial trouble have been told by the FE Commssioner and skills minister that “urgent actions” are needed to secure their long-term futures.

North Warwickshire and South Leicestershire College, which has experienced historical cash issues since its merger in 2016, and Macclesfield College, which had its financial health rated ‘inadequate’ earlier this year, each had a report from the FE Commssioner Richard Atkins published today.

North Warwickshire’s said it “should be able to avoid insolvency for the time being” but only if it improves  the  way  its “costed curriculum plan is monitored in year and adjustments made accordingly”.

It warned there is “much to do” at the college if the “significant risks” it currently faces are to be managed. Skills minister Anne Milton agreed with the report in a letter also published today, saying it is clear “urgent actions are now required”.

According to North Warwickshire and South Leicestershire College’s 2017/18 accounts, it generated an operating deficit of £2.9 million, up from a deficit of £612,000 the year before.

Its total comprehensive income fell from £6.3 million to £2.7 million.

The FE Commissioner said the college, which five months ago received a financial health notice to improve after the government assessed its monetary situation as “inadequate”, is at risk of a “cash crisis” this year. However, it stressed it is “not currently in crisis”.

The current financial situation was driven by poor forecasting, an overall decline in apprenticeship contract and provision, failure to attract enough students to deliver the adult education budget contract, an “over dependence” on a late increase in distance subcontracting and the requirement to accommodate in excess of 100 unfunded 16-18 year olds, which cost £1 million.

The college was accused of being over optimistic in its forecasting and of having “overly complex, expensive” staffing costs to income ratio.

The chair and vice chairs of the board as well the principal will now need to act quickly to “avert a cash crisis in 2019 and to secure the college’s long-term future”.

The report said the college now needs to review its organisational structure, which Milton says it appears to be “unnecessarily complex”, as well as develop an accommodation strategy. An extensive review of its management information also needs to be carried out in order to enable the college to quickly identify and manage risks.

Principal Marion Plant said: “We welcome the findings of the FE Commissioner’s report from their visit last November and have made rapid and significant progress against all the recommendations.

“This was confirmed by the FE Commissioner’s team at their follow-up visit earlier this month.”

At Macclesfield, the FE Commissioner found “ambitious” income growth targets were the main cause of the college generating a “very significant deficit” of £2 million in 2017/18.

Another cause was the college’s decision in October 2017 to subcontract up to 225 16-18-year-old learners, at a considerable distance from the college, in order to increase 16-18 funding in the 2018/19 financial year.

This decision was made because of a shortfall in the college’s learner number allocation target and subcontracting meant the funding allocation could not only be met, but exceeded.

“The main thrust of the judgment from the college is that 2017/18 was a one-off occurrence and that the budget plan for the current year will rapidly improve financial health,” the commissioner wrote, adding that this assessment was not accepted by the funding agency.

More board members with financial expertise are being sought by the college, something the commissioner called a “priority”.

But following the appointment of two new vice principals, Macclesfield College has a “well-balanced and appropriately skilled and experienced” senior leadership team, the commissioner added.

The FE Commssioner also reported that the quality of provision at Macclesfield College is ‘good’ as judged by Ofsted in 2017, and the Qualification Achievement Rates in 2017/18 “continue to improve and be strong”.

He recommended his team carry out a monitoring visit within six months to check all the recommendations have been fully implemented.

A spokesperson from Macclesfield college said: “We welcome the recognition of our hard work and continuous improvements over the past three and half years.

“We  have seen the quality of teaching and learning improve significantly and were delighted that Ofsted and the commissioners team recognised this during their visits.

“Macclesfield College financial health is forecast to return to good at the end of this academic year.”

Milton has written to the college’s chair of governors Mark Sharples, saying she has accepted all the commissioner’s recommendations.