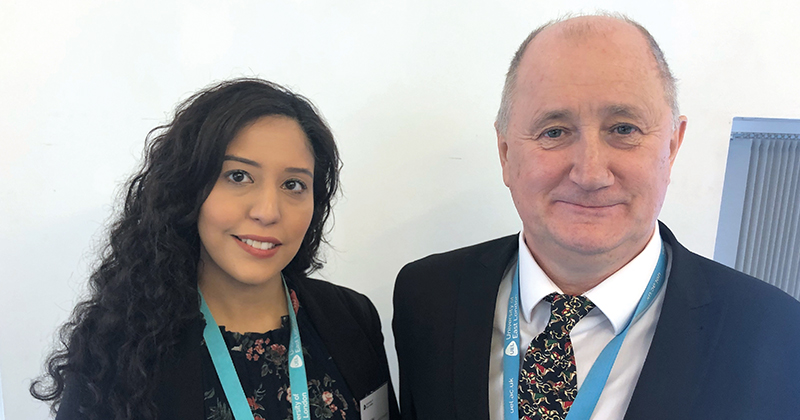 A university has called for the scrapping of an apprenticeship funding rule that stops them from using unspent levy funds to support local businesses.

The University of East London delivers apprenticeships to large employers, but after missing out on a non-levy allocation they have to turn small employers away.

One solution would be to share their own unspent levy funding with small employers using the transfer funding arrangement, but under current government rules they would not be allowed to deliver the training.

“As a large employer we would like to transfer our unspent levy, but of course being an apprenticeships provider we can’t,” said UEL apprenticeships manager Nigel Hogg (pictured right).

“We are going to be losing our unspent levy in May – we would have loved to use that.”

As a result, Hogg suggested the government should flex the rules to allow training providers to use their levy to support the small and mediumsized enterprises (SME) market. The Department for Education make it clear that “if a training provider transfers funds to you, they cannot deliver the training for that funded apprenticeship” and a spokesperson told FE Week there was no plans to change the rule.

Asked if he would support UEL’s call for change, Adrian Anderson, chief executive at the University Vocational Awards Council, said: “Yes, why not? I would be delighted if the Education and Skills Funding Agency decided that universities could transfer their levy to non-levy payers. It’s something we would encourage and welcome and support.”

However, Anderson said this is “not the bigger issue”, but that “we are in a ridiculous situation where there is no funding for many universities to deliver to SMEs”.

This newspaper understands the extra protection applied to the transfer funding policy was introduced because of concerns over fraud.

Skills minister Anne Milton has previously suggested that “fraud has been an issue” within the current system.

“We have to have rules, and they’re irritating and bureaucratic, but fraud has been an issue,” she said at a fringe event at the Conservative party conference in October.

Anderson believes the rule exists because the ESFA thinks there could be a conflict where providers would be delivering training provision to a company that was in receipt of their levy.

Next month the transfer funding limit is set to increase from 10 to 25 per cent, but, according to a recent report from the Department for Education, only 200 apprenticeship levy transfer arrangements had been made in the beginning of February since the allowance was introduced last April, while a further 20 applications were pending approval.

Hogg told FE Week that he finds many companies “can’t be bothered to actually set [transfers] up”.

“They feel the bureaucracy is a bit too much for them to do and then they have to get someone in to look at their digital accounts, transfer that money to somebody else, and some of them just let the levy go back as a tax.”

The UEL also said it has had to turn small businesses away as it does not have a non-levy apprenticeship allocation.

Sadaf Alvi (pictured left), head of academic and employer partnerships at UEL, said it was “very frustrating” not being able to work with SMEs.